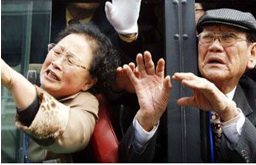 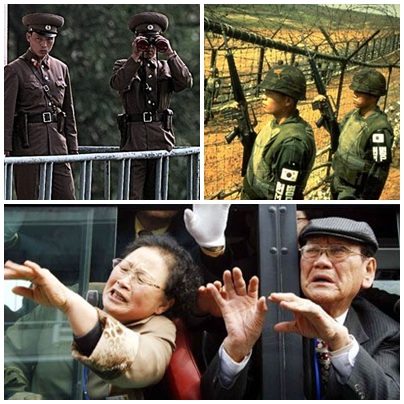 For more than 60 years the Korean people has been divided at the 38th parallel. Only recently has unification become a viable solution.

Two years ago, unification was not considered a practical solution for the conflict on the Korean peninsula.

On February 25, President Park Geun-hye announced the formation of a reunification committee that will map out “systematic and constructive” plans towards unification. She stated, “For true peace… it is necessary to make preparations for reunification that will open a new era on the peninsula,” Unification is now the only sustainable and even mutually-beneficial solution to the tensions in North-East Asia.

Dr. Moon has been championing Korean unification openly since 2011. In August of that year he held the Global Peace Festival in Mongolia, where he called on Mongolia to play a mediating role in the Six-Party talks. He said Mongolia’s unique ties to both North and South Korea and its history of peaceful transition from communism to democracy would be important assets in the negotiations. The Global Peace Convention was held later that year in Korea. Both convention and the accompanying festival served as launching points for innovative engagement around the issue of unification. Unlike efforts in the past that focused on high-level political dialogue and delineating the process of unification, the conversation was extended to engage Koreans at the grass-roots, and zeroed in on a vision of unification’s end goal.

Dr. Moon coined the term “Korean Dream” to encapsulate the vision of a Korea united based on the philosophy of Hong-Ik-Ingan, living for the betterment of humanity, which arose from the founding of the ancient Korean kingdom of Gojeoson.

1913 Nobel-laureate Rabindranath Tagore made a similar appeal to Korea’s illustrious past at another pivotal juncture in Korean history. He wrote a poem that can be found on the pedestal of his bust in Daehangro, Seoul, Korea and in most Korean history textbooks. It gave inspiration to Korea when it was fighting for independence from Japanese rule. 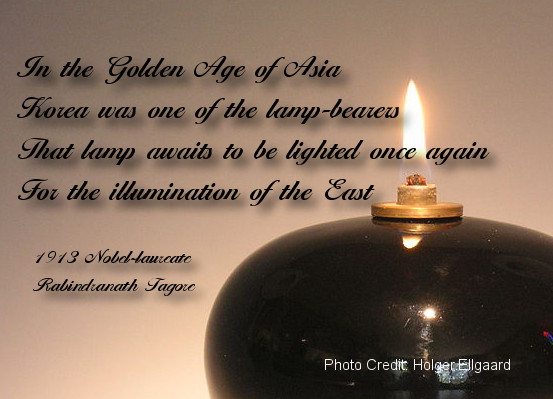 Tagore composed the poem after he met several patriotic young Korean university students in Japan. According to historians, Tagore was touched by the students’ stirring descriptions of their cultural legacy and their courageous efforts for independence. Although he was never able to set foot in the land of the morning calm, Tagore wrote the poem in solidarity with the students whose passion for their country so moved him. The Korean university students played a critical part in Korea’s independence movement. On  February 8, 1919 they issued a declaration that spark events that led to the March 1st movement.

Tagore’s poem links Korea’s historic legacy to its future as the “illumination” of the East.  Similarly, the way towards unification begins with the shared identity of the Korean people that precedes ideological and political differences, and is rooted in their common history and culture that calls from 5,000 years back.

Tagore wrote another lesser known poem entitled “The Song of the Defeated” for Choy Nam Sun, a Korean student in Japan.

The following excerpt from the poem animates Professor Pankiaj Mohan’s account of a Korean student in Russia who told Tagore, “Those who suffer unite and those who exploit others, remain divided, preoccupied as they are with the need to guard their loot.”

She is silent with her eyes downcast; she has left her home behind her, from where she comes the wailing in the wind.
But the stars are singing the love song of the eternal to her whose face is sweet with shame and suffering. 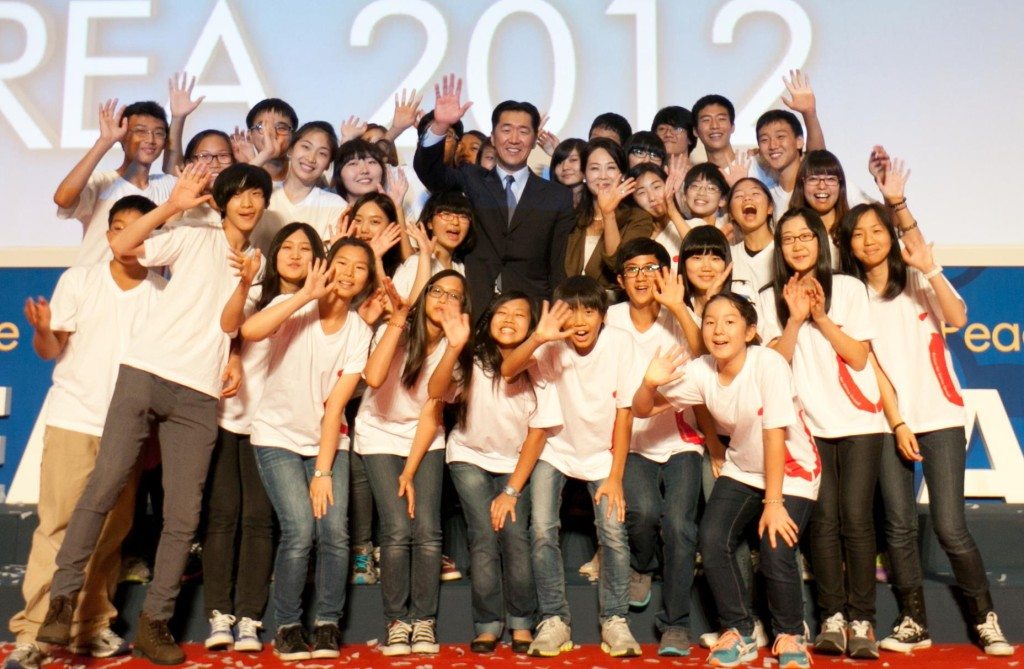 Since 2011 numerous practical initiatives have been launched to advance the Korean Dream.  Action for Korea United is a coalition of over 300 civic groups and NGOs collaborating for unification. The Miracle of 1,000 Won Campaign has raised money for a bread factory in North Korea that provides bread for school children. The Unification Pledge Drive has gotten thousands to pledge their time and money toward Unification. And the Need U Idea has engaged thousands of middle, high and university students in a contest to generate ideas to promote unification.

The Korean Dream is rising from the mists of Korea’s past to fulfill Korea’s destiny as a lamp not just in the east, but the world.