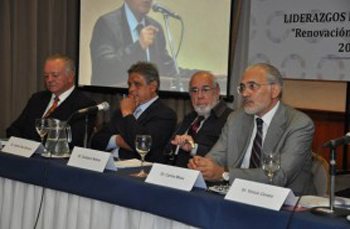 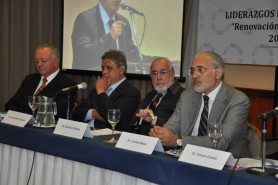 Since its inception in 2012, the members of the Latin American Presidential Mission have pledged their experience, leadership and action in service to the development, stability and growth of the American Hemisphere.

Recently the Latin American Presidential Mission organized two conferences in Montevideo, Uruguay on August 19-20. The first, “Democracy, Rule of Law and the Judiciary System,” took on specific and timely challenges that have threatened the democratic stability and economic development of particularly, the Central American region.

Since the turn of the decade, the Central American countries that stand in the thoroughfare of the south to north trafficking of illegal drugs, firearms and people, have witnessed an insurgence of violence and lawlessness. Studies have shown that lawlessness and political instability have direct impact on foreign investment, effectively stalling economic development.

The conference directly confronted issues such as the rising corruption and violence in Central America, as well as the necessity for a separation of state powers: judicial, executive and legislative, to ensure good governance and judicial transparency. According to IDPPS, a conference co-sponsor, “The separation of powers is a major determinant of whether Latin America progresses towards or regresses away from securing the liberties and rights of its people, which are the symbols of a free society.” 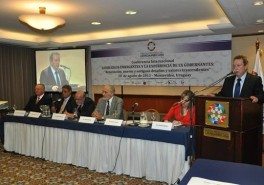 The second conference was a step towards forging mentorships between the former presidents and the next generation. The conference entitled, “Emerging Leadership and the Experience of Former Presidents” allowed the former leaders to candidly put forth their experiences and wisdom to the younger generation. They concluded that principles and values are the compass by which good leaders navigate through crisis.

Olinda Salguero, Director of the Esquipulas Foundation urged Central American leaders to work towards securing a better rule of law and democratic system to ensure the engagement of the young population. The majority of the population in Central America is under 35 years old, however, despite being better educated, a deficit of opportunities and civic and character education has led to their disenfranchisement. As a result, many youth have become a part of the violence and illegal activities of the region. Inter-generational dialogue such as the second conference, offer new paths for cultivating positive values and role models as well as opportunities.

The network of former presidents continues to grow, and they have made notable impact on the region. During conferences, they provided a much needed principled-based perspective to address challenging issues like governance, development and most recently rule of law. Moreover, their commitment to “the values and civic virtues of the best spiritual, democratic, and pluralistic traditions of humanity” has secured stability and attracted foreign investors in countries such as Paraguay.