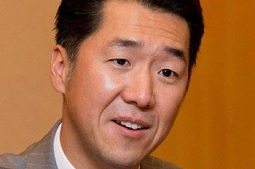 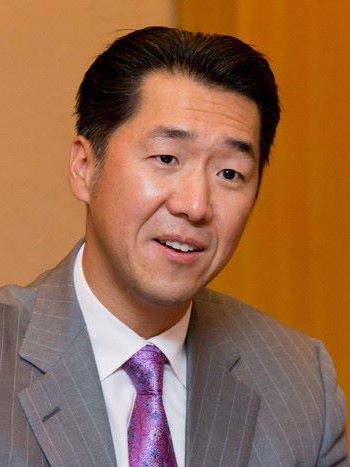 During the recent international conference on “Governance, Ethics and Development” in Asuncion, Paraguay, Kyunghyang Newspaper writer JooYeon Park sat down with GPF Chairman Dr. Hyun Jin Moon. The following is a translation of her article printed at the end of June – a look at Dr. Moon’s thoughts on Korea as a model for economic and social development, Paraguay as the center of Latin American advancement, and spiritual principles and values as the force for sustainable peace.

On the opposite side of the globe, in Paraguay, he was the ‘VIP (國賓)’. When he traveled from place to place, he was escorted by a squad of police cars complete with blaring sirens.  He received warm welcomes from the incumbent president and former presidents of Paraguay, and  was invited to meet president-elect Horacio Cartes at his residence.  Cartes begins his term in August. The City of Asuncion presented him with a special recognition as a Distinguished Visitor. This man is UCI Group President and GPF Chair Dr. Hyun Jin Moon (44·pictured), third son of the late Rev. Sun Myung Moon of the Unification Church. UCI is a global organization established by the late Rev. Moon in 1977. It owns True World Foods, a major U.S. seafood distributor, Washington Times Aviation, and Ilsung Construction. Dr. Moon founded GPF, an NGO, in 2008 that implements inter-religious peace initiatives and social innovation programs in 22 developing countries including Paraguay and Kenya.

The international conference was held at Hotel Excelsior in Asuncion on June 10th and 11th, organized by IDPPS, a Paraguayan strategic think-tank for national development supported by Dr. Moon, and a coalition of former heads of states in Latin America. Geopolitically speaking, Paraguay is the heart of Latin America, but it is the poorest country in the region. The conference ultimately aimed to present a roadmap for the advancement of Latin America by boosting the economy through a transformation of Paraguay’s consciousness  and foreign investment. The conference convened 400 people, including 6 former heads of states from Guatemala, Colombia, Bolivia, and Paraguay, cabinet ministers of Paraguay, dignitaries from various sectors, and media. Participants from Korea included Woori Bank, Shin Financial Group, Korea Expressway Corporation, and Korail.

Dr. Moon was interviewed on the morning of the 12th at Hotel Excelsior. He repeatedly emphasized the need for the Korean government and corporations to take an interest in the issues of world peace and Paraguay’s development. He preferred to speak in English rather than his limited Korean.

“Within 60 years, Korea was able to emerge from the ruins of war and become an economic powerhouse .  It can be a role model for many developing countries,” he said. “In order to enhance its global leadership, Korea needs to take an interest and invest in the region of Latin America. It is the second biggest bloc in the world with enormous resource and development potential,” he stressed.

The greatest outcome of this global conference is the consensus reached among the leadership of this region to eliminate feudalism, which is a prerequisite for progress in Latin America.

“In particular, Paraguay is bordered by Brazil, Argentina, Chile, and Bolivia. Once infrastructure like roads, rail lines, and harbors are established, the country can become a gateway and hub in Latin America. Yet, the reality is there are still remnants of feudalism where small elites control the political, economic and social lives of their nations. This has contributed to widespread poverty, political instability and corruption. Until now, foreign investment has been deterred by these high-risk factors. However, in recent years the government has implemented new democratic procedures and the country has begun operating as a free market economy. In addition, the new government is highly interested in economic development and hopes to increase foreign investment. I am voluntarily serving as a mediator. I hope that Korean corporations can get a step up in the market.”

“The greatest outcome of this global conference is the consensus reached among the leadership of this region to eliminate feudalism, which is a prerequisite for progress in Latin America,” he continued.

“I shared my vision for Paraguay during my discussion with president-elect of Paraguay Horacio Cartes, two days ago. I made it clear to him that for the advancement of Paraguay he should look beyond the agriculture and energy industries. I emphasized that it is necessary to develop the service sector and value-added industries and to stimulate the education of this work force.”

He said, “We were able to test Paraguay’s potential in Puerto Casado, in the Chaco region of Northern Paraguay. The results were quite fruitful.” Puerto Casado, a small city populated by 6,000 people, is one of the poorest areas in Paraguay and has been historically afflicted by corruption and crime. GPF and IDPPS have been engaged in numerous community programs that involve local residents including poverty eradication projects like creating a fish farm and organic vegetable farm, reform movements, and city beautification since 2008. So far jobs have been created for 800 families and the city has been revived.

Dr. Moon wants to be regarded as ‘spiritual leader.’ He talked about the Unification Movement and his father, but declined to comment further on the situation of the current Unification Church, which is going in a direction different from his, or the contentious topic of succession. He remarked, “Some Unification Church leaders with ill intentions are creating problems. They manipulated media to their advantage. They blame my father and come up with sensationalized stories of sibling strife like the “Revolt of the Princes”, in order to  drive me and my brothers out of the Unification Church, but it is not true.”

Then, what world does he dream of building? He says his dream is to fulfill the vision of One Family under God. That is to create a peaceful happy world that is not divided by religion, race, and national borders.

For the original article in Korean visit: Kyunghyang Shinmun