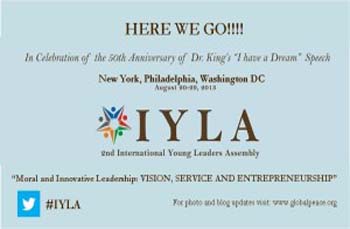 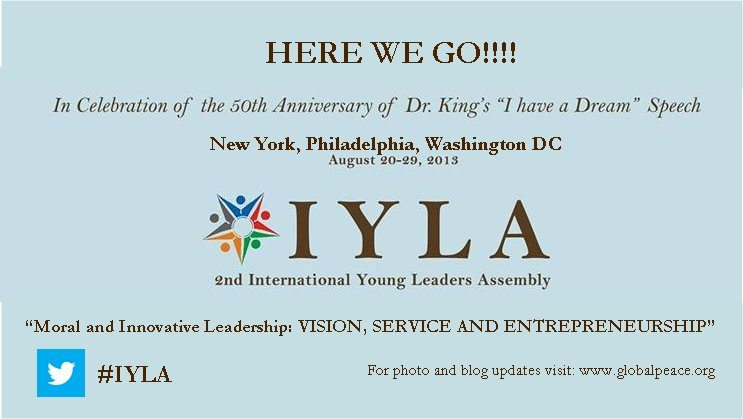 In New York, the Permanent Mission to the Republic of Paraguay will host the International Young Leaders Assembly at the United Nations. During the assembly, young leaders will examine the roots of conflict. As the next generation, they will consider the necessity of forging new paths to peace and development that incorporate the spiritual dimensions of humanity.

On their journey down to the U.S. Capital, they will pass through Philadelphia, the birthplace of the United States. It will be a unique opportunity to contemplate the significance of the U.S. Founding Fathers’ promise and its implications on the modern notion of human rights and governance.

In 1776, 56 signers of the Declaration of Independence affirmed “all men are created equal and endowed by their Creator with certain inalienable rights.” Today Independence Hall preserves this story as a national park.

The men and women, who were part of the independence effort, understood the historic significance of what they were undertaking. They were separating themselves from the greatest empire of the time to set out on an experiment to prove that humanity was capable of self-rule based, not on force, but on conscience and self-evident truths.

The final stop of the IYLA will be the capital of the United States of America, Washington D.C. At the World Bank, they will explore forms of moral and innovative leadership, particularly global youth service and entrepreneurship. At Capitol Hill, they will address the issue of U.S.-China relations, and discuss how they can carry on the visionary leadership of Dr. Martin Luther King Jr., in lieu of the 50th anniversary of his “I have a dream speech.”

The program will end on the steps of the Lincoln Memorial at the commemoration the 50th anniversary of Dr. Martin Luther King’s stirring oratory. The speech sparked a spiritual movement that reminded the world of the promise of the Declaration of Independence that all men are the created equal, and should be treated with dignity befitting the sons and daughters of God.

This program is an opportunity for these young leaders to consider the shared vision and aspiration that has driven the great men and women of history, and learn from the examples of moral and innovative leadership.

As these young leaders pursue their career and studies, may they remember that the greatest contribution is not of money, power or fame, but of bringing humanity one step closer to its age-old dream of peace.