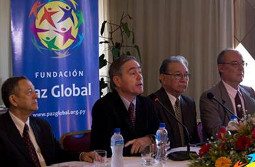 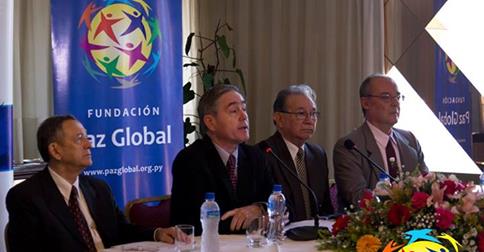 Dr. Hyun Jin Moon, chairman of the Global Peace Foundation will be attending a significant symposium on Paraguay-South Korea relations. Ultima Hora and ABC Color, two of Paraguay’s major news outlets, announced that the symposium will be held at the Copa America Hall of the Bourbon Hotel at Luque, Greater Asuncion in Paraguay on Tuesday June 17.

Entitled “Towards an Alliance between Paraguay and Korea”, the symposium will convene high-level representatives of the business sector and government from the two countries in order to develop avenues to bolster current and future relations between the two countries. Special sessions will also examine the economic activities that contributed to the rapid development of South Korea into a top ranking economic power.

The symposium is hosted by the Global Peace Foundation and Paraguayan Think-Tank IDPPS.

For the original stories in Spanish visit: