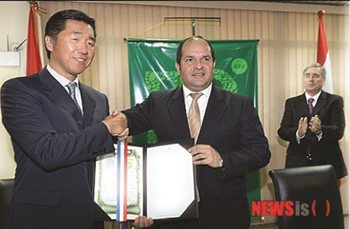 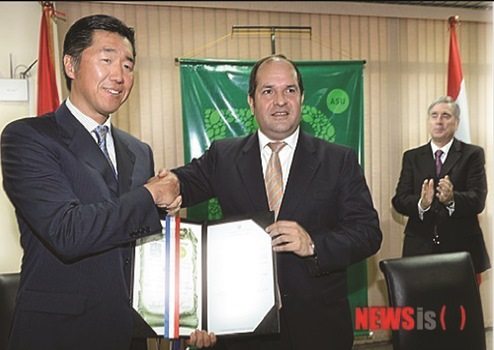 Korean news outlet, NewsIs reported Dr. Moon receiving the honor of  “distinguished visitor” from the Mayor of Asuncion for the work of the Global Peace Foundation (GPF) in Paraguay on June 11,2013.

At the international conference on “Governance, Ethics and Development” Dr. Moon said, “Ever since I first visited this nation, I have always believed that Paraguay, given its geographic centrality as well as its unique historic and cultural roots, could and would be the metaphoric “womb” of a rebirth of Latin America.”

GPF began assertively investing in Paraguay in 2008. That year, Dr. Moon organized a cattle drive for peace that took him and a number of rising leaders of Paraguay across the Chaco region. He recalls, “I saw the greatness of the Paraguayan people and the bright future for this nation if it was encouraged to dream big, to think big and to act big.” Shortly after, GPF held the first Global Peace Festival in Paraguay.

Since then, GPF has built partnerships and initiatives for the development and stability of Paraguay.

In Alto Paraguay, abandoned fish ponds have been revived to provide fish and livelihood for the nearby villages. Universities and the local government have worked with GPF to create an organic community farm.  The villagers collectively support it and in return they have fresh vegetables to add to their diet.

GPF has supported the think-tank, IDPPS, to promote democratic values, transparency and good governance in Paraguay as well as the rest of Latin 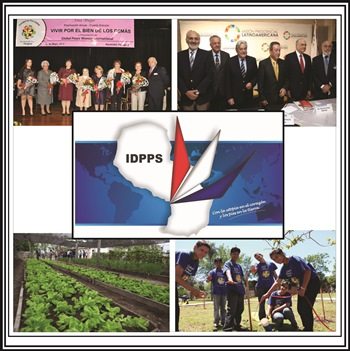 America. An outcome of its work has been the formation of the Latin American Mission, supported by 19 former presidents who have committed to strengthening North-South American relations and sparking a hemispheric awakening.

One of the key areas of focus for the Latin American Presidential Mission is business. A delegation of Korean businessmen attended the international conference on “Governance, Ethics and Development” and are scheduled to go on a fact-finding tour to explore trade and investment opportunities.

For the youth who are the future of Paraguay, GPF has worked with the Department of Education and other partners to implement character education programs and social service projects such as cleaning parks and painting schools.

Through the annual “Living for the Sake of Others” awards, self-respect classes and various social service programs, the women’s division of GPF works for the advancement of women.

Dr. Moon told the attendees of the conference, “Now is Paraguay’s time to shine.”