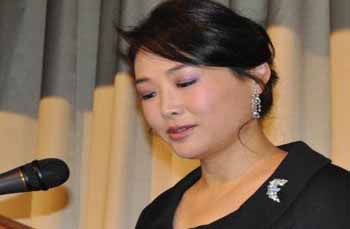 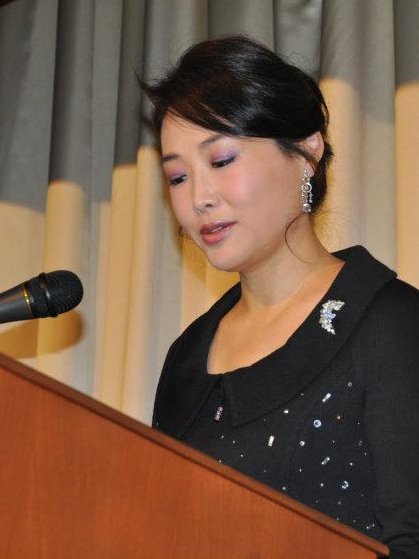 In 2012, Mrs. Jun Soon Moon delivered the keynote at the “Living for the Sake of Others” awards ceremony.

The annual “Living for the Sake of Others” awards ceremony will be held April 25th in Paraguay.

Last year, Dr. Moon and Mrs. Jun Sook Moon attended the “Living for the Sake of Others” awards. Mrs. Moon delivered the keynote address where she noted:

Women have increasingly important roles to play today in our communities and nations.  In fact, many today talk about this being the “age of women.” I believe you will also agree that women bring unique qualities to whatever roles we play. In fact, it has been said that women hold up one-half of heaven.

Join GPF-Paraguay on Live Stream at 7pm, in Asuncion, as they recognize the contribution of these remarkable women.

Below is the announcement of the 2013 awardees published by La Nacion.

The fifth annual awards ceremony will be held this Thursday, April 25th, and will recognize outstanding women of Paraguay whose life and work reflect the value of “living for the sake of others”. This award has been endorsed by the Ministry of Women in Paraguay, under-Resolution No123/13.

The annual “Living for the sake of others” awards was established by prominent women leaders in order to uplift women’s pivotal role on all levels of development, from their nation to the world. The “Living for the sake of others” award will be highlighting the contribution these women have made for the people of Latin America through their hard work.

This public distinction is encouraging and inviting other women to use their skills, capabilities and talents in the same way these remarkable women have. We invite you to join the endeavor of love and solidarity in living for the sake of others.

GPF is also promoting the vision of “One Family under God” through its organization and partnerships that support building healthy families, and a culture of peace through service. 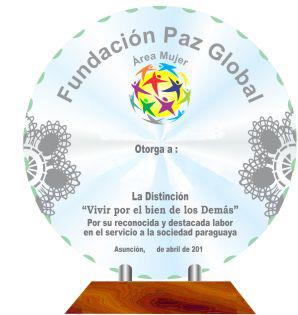 The “Living for the Sake of Others” annually recognizes women who have contributed to the development of Paraguay.

GPF is recognized by Paraguay through an Executive Power Decree. It promotes the values of reconciliation, recognition, cooperation and harmony among all members of the human family. It has implemented innovative and thoughtful programs in specific areas such as: education, cultural, social, women, volunteerism and their good governance think-tank, IDPPS.