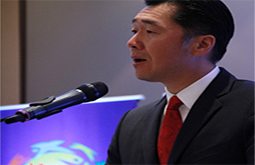 The following is an unofficial English translation of an article that appeared in the Korean Business Daily featuring an interview with Global Peace Foundation Chairman, Dr. Hyun Jin Moon about Paraguay’s central role in Latin American development. The original article can be found at: http://news.mk.co.kr/newsRead.php?year=2014&no=906877 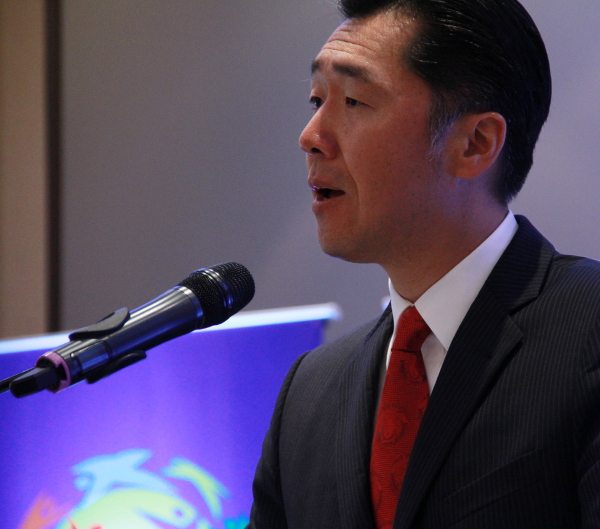 On June 19 (local time), editors and reporters of Korea Business Daily met with the Global Peace Foundation Chairman Dr. Hyun Jin Moon in the Bourbon Convention Hotel in the capital city of Paraguay, Asuncion. Dr. Moon said that although Latin America has other more developed nations with larger populations like Brazil, Peru, and Argentina, “Paraguay has the most favorable environment for businesses.”

Dr. Moon emphasized that Paraguay will be the center for Latin America’s development.  “You cannot approach Paraguay as simply a single nation,” he said. “Because of its inexpensive energy and human resources, it will not only create wealth, but it will be a hub for development throughout Latin America.”
Dr. Moon is also working on efforts to mitigate political instability and social conflicts creating “national risk” that has been a hindering factor for economic development throughout Latin America. He said that “Paraguay, as a small nation with short history of democracy, is like a blank sheet,” and “a social transformation in Paraguay can expand to all of Latin America.”

“Only 6 years ago when I first visited Paraguay, Dr. Moon explained, “the government had proposed a bill to confiscate land and the United States even listed Paraguay as one of the nations categorized as dangerous. However, today, it is standing at the center of transformation and even the surrounding, more powerful nations in Latin America are focused on Paraguay.”
ⓒKorea Maeil Business Daily mk.co.kr