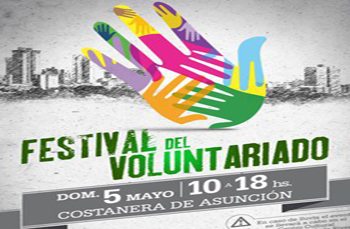 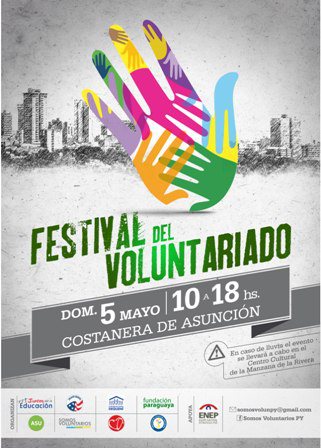 GPF was represented at the third National Volunteer Festival in Paraguay.

GPF joined 35 NGOs from around Paraguay for the 3rd National Volunteer Festival at Costanera, Asuncion, Paraguay. Over 6,000 people participated in the Festival.

Service is one of the three pillars of Global Peace Foundation’s activities.  Service is much more than volunteering. It connects humanity to their intrinsic capacity to live altruistically and a means for transformation. In this way it is the means to change the global ethic.

Since began in 2008, GPF has engaged tens of thousands of volunteers in civic services.

Prior to the first Global Peace Festival, GPF co-organized with UNESCO Schools Association and the City of Asunción, to draw out thousands of school children to clean the parks and streets of central Asuncion.  “We need to find good solutions for our young people,” said Ms. Medina, spokesperson for the Mayor’s Office.

The unprecedented event inspired the city and demonstrated the youth’s capacity. “Seeing these kids making such an effort is an example to all of us adults.” said Ms. Medina.

Last year GPF worked with A Todo Pulmon, to establish the first park for the blind in Asuncion.

This article first appeared on www.globalpeace.org.