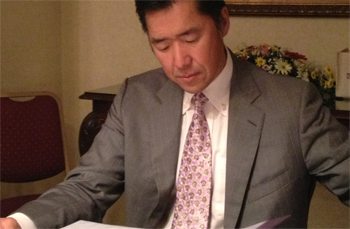 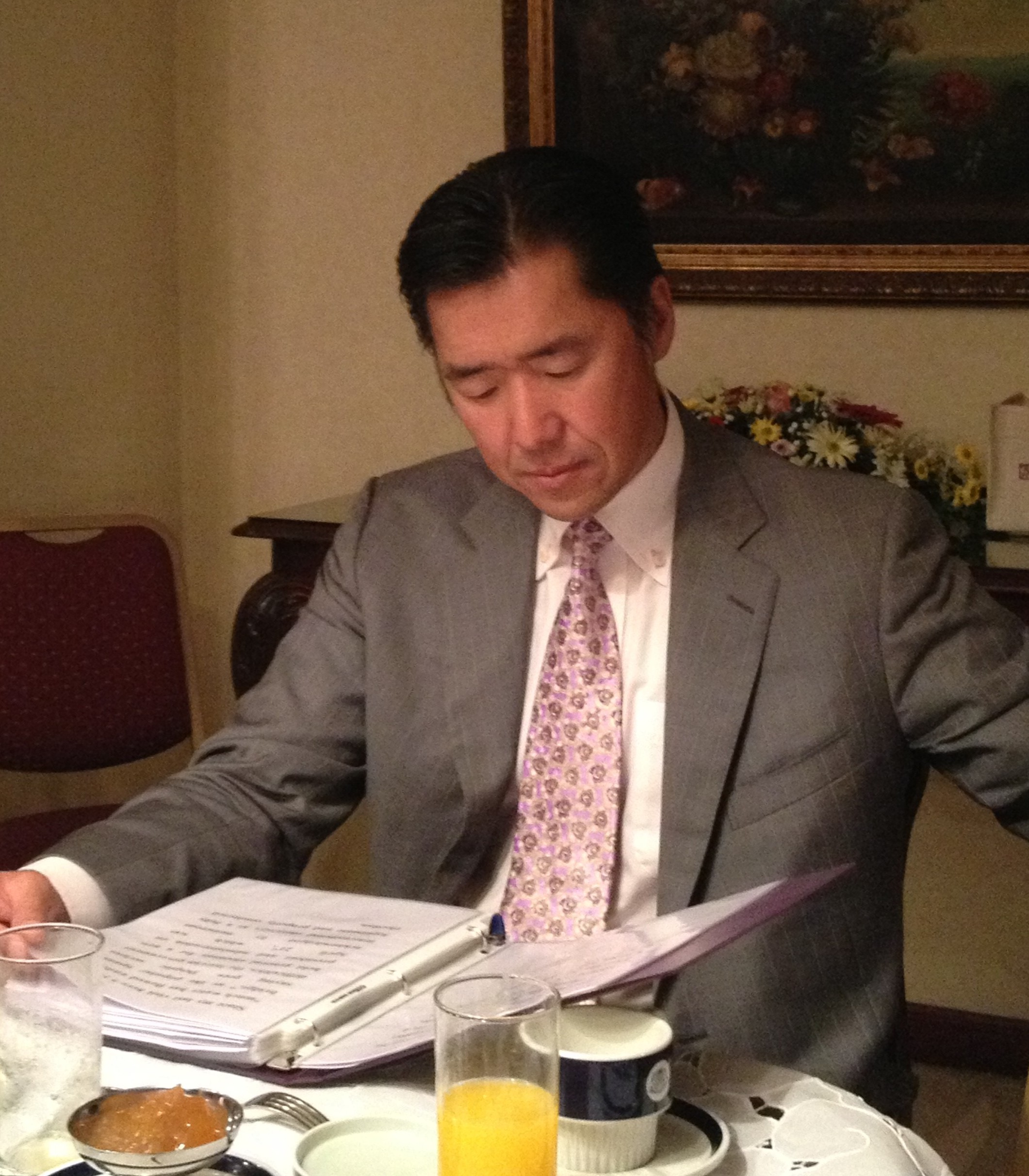 “Dr. Moon reviewing his speech prior to the opening plenary of the international conference on Governance, Ethics and Development.”

Dr. Moon believes that within five years Paraguay has the potential to become the center of finance and commerce in Latin America, much like Dubai in the Middle East or Singapore in Asia.

ABC reported Dr. Moon saying Korea is an example for Paraguay to follow. “In sixty years Korea rose out of feudalism, created a national identity and generated an amazing economic miracle in order to be what it is today. The same can happen to Paraguay, but we need strong foundations. Principles and values are needed.”

Dr. Moon shares the conviction of his late father, Rev. Dr. Sun Myung Moon, that Paraguay is central to a hemispheric awakening. The strong and outspoken faith of the Paraguayan people is what inspired his father and now him to invest in Paraguay.

But there are still many challenges for the emerging nation with 33% still in poverty according to the Central Bank of Paraguay.  At a meeting at ABC Color with Dr. Moon and others, Marlene Ocampos, governor-elect of Alto Paraguay candidly described some of the difficulties of her state. Inadequate infrastructure isolates the state when rain falls, scant healthcare services contribute to a high rate of maternal deaths, and prevalent poverty has left the population crippled. But Governor-elect Ocampos is determined to pull together the support needed to build the state up.

ABC reported that Dr. Moon pushed education and clearly thought-out development strategies as crucial steps to creating a strong middle class to draw the country out of poverty.  As a gesture of his commitment to Paraguay, Dr. Moon pledged to match the amount raised for a national development fund.

Dr. Moon was in Paraguay in mid-June attending an international conference on “Governance, Ethics and Development” for Latin America, presided by five former heads of state.  A delegation of Korean investors and media also attended. Special sessions examined the benefits of investment and trade between Korea and Paraguay.