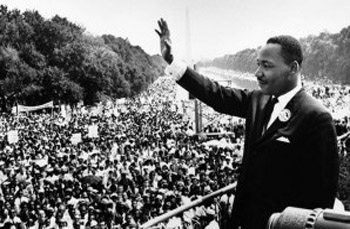 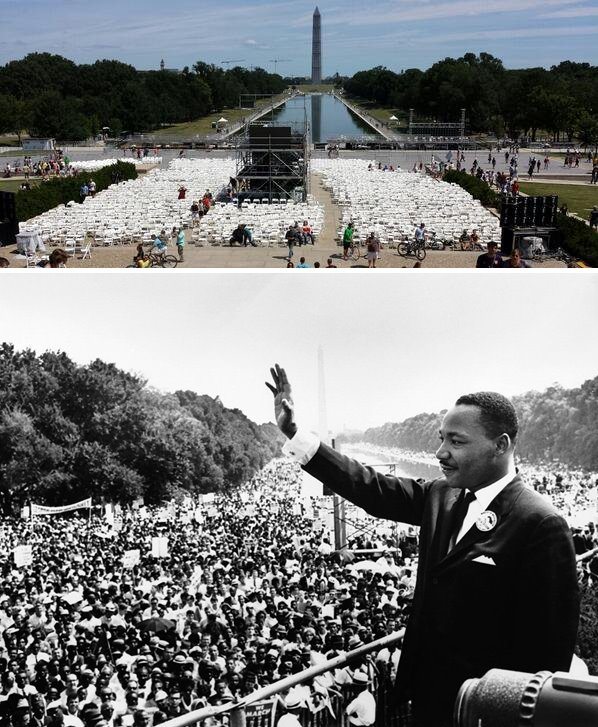 August 28, 2013 a commemoration will be held in honor of 50 years since Dr. King delivered his stirring “I have a dream” speech from the steps of the Lincoln Memorial. (credit to usa.gov)

On August 28, 2013, the nation and world will gather around the Washington Monument’s reflecting pool in front of the Lincoln Memorial to commemorate a momentous day in history.

50 years ago, a young, relatively unknown, southern Baptist preacher from Atlanta, Georgia put a flame into the hearts of people. His words, “I have a dream” rang across American, and over oceans, resonating through other nations, to spark an awakening that changed the 20th century.

In 2012, Dr. King’s youngest daughter, Rev. Bernice King, CEO of the Martin Luther King Center for Non-Violent Change, spoke at the Global Peace Convention, in Atlanta, Georgia. She told the international audience that the 50th Anniversary of her father’s famous speech “will perhaps be the only time that we will have an opportunity as a world, to come together and really think about why God has placed us in this world.”

To the convention, Rev. Bernice King intimately described her father as first and foremost a spiritual leader who led a spiritual movement. All other things: jobs, equality, access to public services, education, were results of his deep-seated spiritual conviction.

“I characterize him [as] a man of God, as a moral leader who just happened to impact civil and human rights. Everything that he did came out of his spiritual foundation. It didn’t come from his political ideology. In a sense it really didn’t come from his religious beliefs, it came from his spiritual beliefs. That was a spiritual movement that he led, that impacted civil rights. If you read everything that he wrote, if you listen to all of his words and speeches, you would have to be an extremely naïve person to not know that that was a man sent by the most high God. He had an assignment to awaken us to a higher spiritual plain. He was calling us back to some principles and values that in a real sense are the same principles and values that no matter where you live, no matter where your nationality, your ethnicity, your culture. At the end of the day, those principles and values transcend any particular generation, which means that they are everlasting. And he called us back to that foundation.”

Four years after his speech in Washington, Dr. King addressed the Southern Christian Leadership Conference appropriately asking, “Where do we go from here?” At the end of his long list of demands for policy reform and radical systemic changes, he candidly tells his colleagues, the two fundamental principles that have guided him:

50 years later, the question is, “Are these principles and values present in our lives, our homes, our nations and the world?”

The call for moral leadership is as relevant and imperative now as it was during the days of Dr. King. We must, “be dissatisfied” until all positions of power “house a [leader] who will do justly, who will love mercy and who will walk humbly with his God.”

The call to recognize and protect the value and rights of every human from abuse and injustice is as pressing now as it was then. Although the world had progressed, people still live in destitution. Moreover, there is a growing regression towards what Dr. King called to “thingify” people, measuring a person with numerical and quantitative values, when a person’s value is immeasurable and divinely endowed.

Rev. Bernice King spoke at the Global Peace Convention 2012, and spoke of her father’s example and legacy.

50 years later, we stand in a historic moment where we have the opportunity to reawaken the world to the secret of greatness, the same secret that has been the foundation for America’s success, the same principles and values that Dr. King was “calling us back to”.

It is good to be reminded once again of the fundamental, time-tested principles that will enable us to protect and uphold fundamental human rights, and to rise up as moral and innovative leaders. Dr. King said, “If you are seeking the highest good, I think you can find it through love.”

If we can return to these basics, perhaps, 50 years later, we can turn back and say, that we are realizing that timeless dream that Dr. King gave voice to:

“I have a dream that one day this nation will rise up, live out the true meaning of its creed: ‘We hold these truths to be self-evident, that all men are created equal.'”