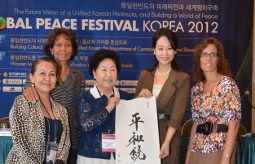 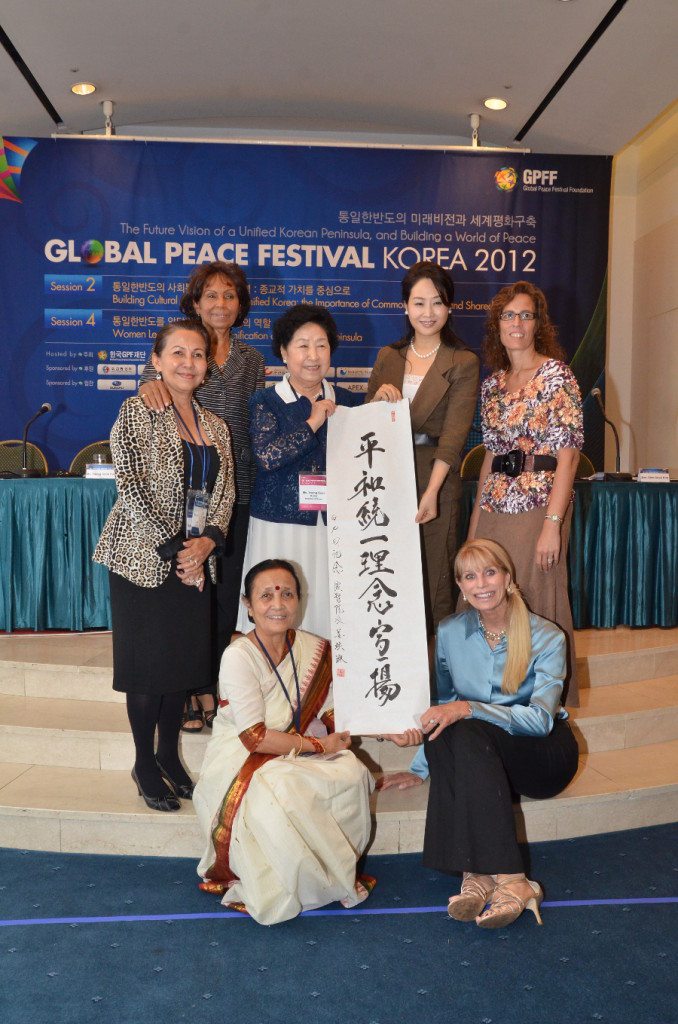 Panelists from the special women’s session during the Global Peace Leadership Conference 2012 in Seoul, Korea.

In her address at the Global Peace Leadership Conference in 2012, Dr. Jun Sook Moon pointed out that Korean unification is inherently tied to the fate all Koreans, including herself, who lives in the United States.

“There is nothing abstract about the suffering of those families,” she said. “As a mother myself of nine children, I can understand the heart of North Korean mothers who have to set their children adrift or watch them starve.”

She urged the audience, particularly the women, to take responsibility for healing the division. “Potential partners for women’s groups based in the south will emerge from among these women,” she said as she explored the possibility of connecting with the growing women workforce in North Korea. She also encouraged women around the world to engage in social initiates that bring Korean unification into their daily lives.

Three years ago, the Korea Herald reported the sobering reality of hunger for the children of Sariwon, North Korea. Since then, through a partnership with the Global Peace Foundation, the UK based NGO Love North Korean Children (LINK) and the Korean Sharing Movement a new bread factory in the city was build that produces 5,000 rolls a day, enough to feed lower elementary school students lunch.

According to the Korea Herald, LINK founder, George Rhee, started building bread factories in North Korea after his first visit in 2002.  When he asked what he could do for the children in the north, he was told “make bread.” In addition to the factory in Sariwon, LINK has factories in Pyungyang, Ranjin and Hyangsan. 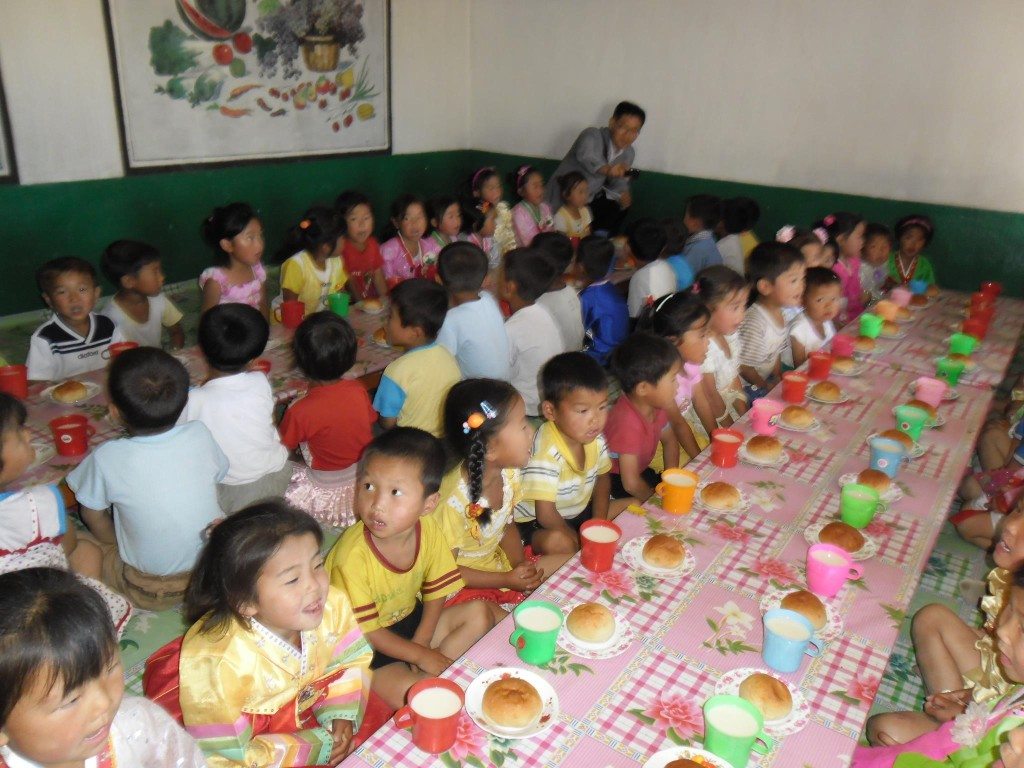 To prevent misappropriation, the factories have developed a special formula for steamed flour rolls that have a shelf-life just short enough to discourage resale, but long enough to deliver safely to the children.

Kyung Eui Yoo, President of Global Peace Foundation-Korea said that “the campaign is a tool for advocacy and awareness that brings the issue of Korean Unification into the everyday lives of Koreans everywhere.” Korean Parliamentarian, Yun Jae Kim agreed, saying, “The ‘life-style unification movement’ breaks down psychological barriers and hostilities among our people.”

The simple act of committing to regular donation enables South Koreans to reach across the 38th parallel and put bread in a North Korean child’s mouth.

President Yoo said he hopes to bring the Alllights Village Project, the signature community-driven development project of the Global Peace Foundation to North Korea. “If you look at a map of the world at night you will see a big black hole where North Korea is.”

These are but two ways for Koreans to reach across the border.

“Times are changing,” said Dr. Jun Sook Moon, “When the doors open we should be ready to enter, and women have a large role to play.”