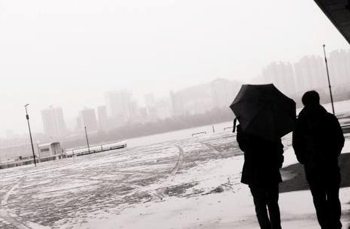 On May 3rd, 2012 the Unification Pledge Campaign was launched at the National Assembly Building in Seoul, Korea. The pledge places the question and responsibility of reunification into the hands of every Korean, North and South, with a simple question, “What are you willing to do for reunification?” This grassroots movement for Korean unity is propelled by a partnership of over 400 civic and faith-based organizations.

The Korea United campaign makes reunification a part of every Korean’s everyday life. It shows that reunification is not just a matter reserved just for high-level discussion, nor is a phenomenon that will to occur through protracted government and international policy. It is an issue that needs the voice and commitment of all Koreans, starting with the attitude of South Koreans towards North Koreans.

South Korea has been on the United Nations International Convention on the Elimination of All Forms of Racial Discrimination’s watch list since 2003.  Progress has been made with key policies like the National Action Plan for the Promotion and Protection of Human Rights and the establishment of the Interpretation Support Center for Foreign Migrant Workers.

However, in his blog post, Mr. Kim, director of GPF Korea realizes that South Korean bias towards North Korean refugees is even more severe than their bias towards foreigners. He wonders if reunification feasible with such profound discrimination.

Korea United’s approach is based on a higher vision based on spiritual principles and values rooted in Korea’s own shared historic philosophy of living for the benefit of mankind. That is why Korea United is driving forward service initiatives like the Power of 1,000 Won, the Alllights Village Project, and the Global Leadership Exchange Program, to bring Korean back to it’s original culture of living for humanity. In this way, it is pulling down preconceived barriers between not just Korea and the world, but between North and South to realize we are, one family under God.

When I was driving on the freeway in the early hours of the morning, it began to snow.

At first, it was sleet, but it gradually slowed and became huge snowflakes.

It was still dark before dawn, but I was happy to see the first snow of this winter.

Last Saturday, I stopped by the office to do some work, and I noticed there were several people in the meeting room.

Who could they be?

I slowly opened the door.

The GPYC team members were having a meeting with a few guests.

I said hello. Director Dong Hoon Lee smiled and invited me to join them. So I did.

A few refugees, a couple of student winners from Unification-themed contest, and a North Korea expert were in the room.

The most striking part about this experience was my realization that South Koreans tend to discriminate against North Korean refugees more than foreign workers.

There is a lot of talk about reunification, but maybe it first needs to happen in our midst.

I realized, these refugees are one of the faces of reunification.

If we remain indifferent and biased to the issue of reunification that is right in front of us, how can we ever become one with our brethren in North Korea?

We need to change our perspective of reunification. That it is not just a word but an actual and ongoing process.

I thought I was conscious of reunification, but as I listened to what the refugees had to say, I realized that the division between North and South does not only lie at the DMZ, but is also deeply rooted in our minds and hearts.

It is Monday morning, and I sound so serious. -.-;

I think the grassroots Korea United Movement starts when we begin to dialogue with each other to close the gap between the hearts of North and South.