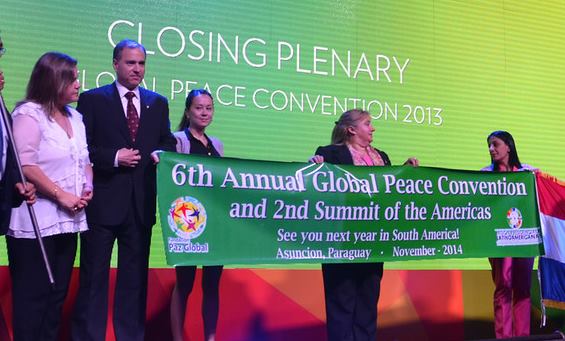 The Global Peace Foundation and partners have been in Paraguay developing a model of nation-building based on principles and values since 2008. In 2010, former and current heads of state, business and civic leaders, academics and media specialists signed the Asuncion Declaration pledging to “revive the civic values and virtues that reflect the better spiritual, democratic, and plural traditions of humanity in this continent.”

Three years have passed and 2013, in many respects, was a pivotal year for Paraguay. In April, she successfully held peaceful elections and smoothly transitioned into the newly elected Cartes administration.  Later in the year, at the Global Peace Convention 2013 in Kuala Lumpur Malaysia, Paraguay was announced as the host of the 2014 Global Peace Convention.

These achievements were hard won through the efforts of unassuming champions working on the front-lines to bring transparency and ethics to Paraguay. Among them are Senator Lillian Samaniego, President of the Colorado Party and winner of the 2013 Global Peace Award for Good Governance, H.E. Juan Carlos Wasmosy, former President of Paraguay and founding member of the Latin American Presidential Mission, and newly elected Governor of Alto Paraguay, Marlene Ocampos.

Recently ABC Color interviewed Governor Ocampos on her approach to bringing good governance and economic development to the traditionally isolated and poverty-stricken region of Alto Paraguay. Below is the article posted by the Global Peace Foundation based on the original article in ABC Color, “Alto Paraguay Wants to Strip Itself of the Heavy Burden of Corruption” 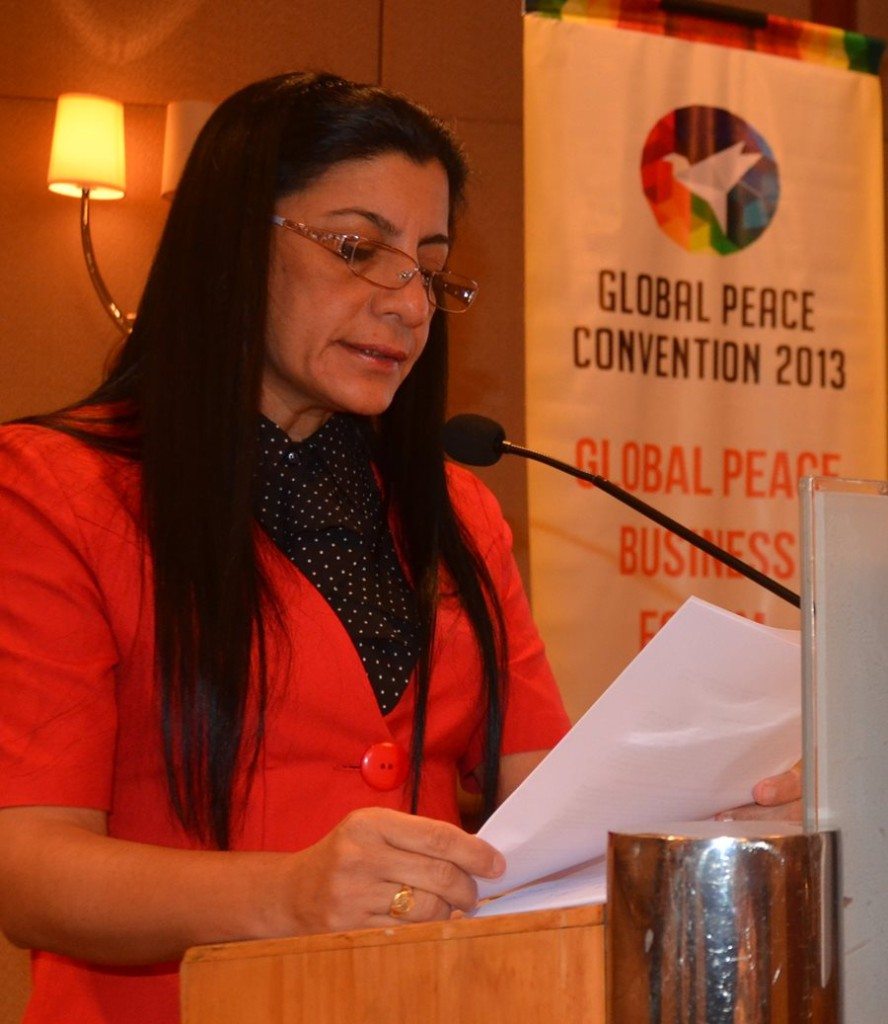 Alto Paraguay is the poorest, most isolated state in Paraguay.  Its history is littered with corruption, written by an elite class who has shown little to no concern for its citizens.

With a population of only 17 thousand people, one wonders about the region’s lack of growth and population. Part of the issue is a lack of infrastructure which keeps the region secluded from the rest of Paraguay. A lack of fiscal responsibility has limited funds that would go towards providing proper services like health care, sanitation, environmental conservation and education.

Most of the 2013 fiscal budget was allotted to the public works sector, but progress has been slow and difficult. With little follow-up and no company accountability, projects were being funded with no results.  Governor Ocampos is working to curb this fiscal abuse by changing the policy to pay only upon project completion.

She said, “The first thing I did was to get together with the construction companies and made it clear that we are not going to pay anything for unfinished work. They thought it was a joke, until they realized their checks were not going to be issued until they finish the bridges.” According to Ocampos, this small change has proven to be significant. “Now the bridges have started to appear.”

Ocampos is working in partnership with the citizens of Alto Paraguay to build a culture of ethics, innovation and ownership.  By involving the local communities in managing development projects, Governor Ocampos believes that public funds will be used in a way that best serve her constituency. “If they take on the projects as their own, they will control them and the money is destined for better use,” she says. She also believes that by involving the local communities, employment opportunities will increase and accountability and social responsibility 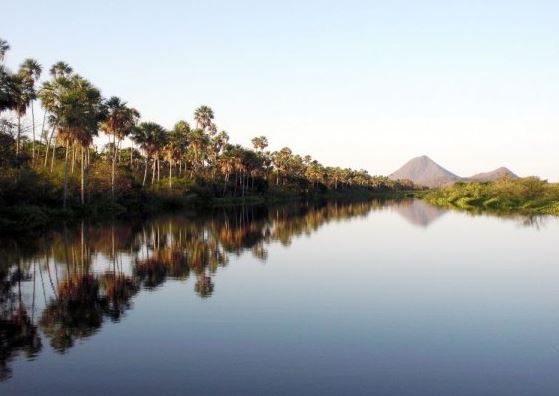 Alto Paraguay has a rich biodiversity ranging from the Pantanal to the Chaco. (Photo courtesy of ABC Color)

Although infrastructure isn’t the only problem for Alto Paraguay, it is believed to be a crucial starting point for development. Transportation and information infrastructure will create connections with the rest of Paraguay. The asphalted path of Carmelo Peralta-Loma Plata is an opportunity for Alto Paraguay and is a project that has called the attention of the Ministry of Public Works and Communications (MOPC).

This type of development will enable Alto Paraguay to grow economically and strengthened its social fabric.  With the proper tools, Alto Paraguay hopes to overcome its legacy where a small privileged class wielded and maintain most of the power. Access to information and opportunities will allow for better informed and more responsible decisions that will improve the government, economy, and environment.

While there is still much progress to be made and many issues to be addressed, Marlene Ocampos is committed to developing a brighter future for Alto Paraguay.  As a female leader, she brings a unique perspective and approach to her term in office. Ocampos  is openly critical of the culture of corruption that has been detrimental to the people of the region.  After her first 4 months in office she said, “Corruption is the root of all our ills.”

Cooperation is key in Gov. Marlene Ocampos’ efforts to bring about sustainable development and cultural transformation.  While an asphalted path can change the history of Alto Paraguay, the asphalt is not enough to change the habits in the politics class.

What drives Ocampos in her day-to-day efforts is her connection to her fellow citizens.  She has made a covenant with her family of Alto Paraguay. She said,”I have a pledge with the community, I live here. And I won’t fail. Maybe I lack experience, but I have plenty of honesty. We are working hard now seeking to achieve our goals.”

Since her time in office, roads and other basic infrastructure have materialized. More importantly relationships of trust and cooperation are being established within Alto Paraguay and with the rest of Paraguay.

The road ahead remains long and challenging, but with a committed and honest leader, the future for Alto Paraguay looks promising to say the least.

This article originally appeared on www.globalpeace.org