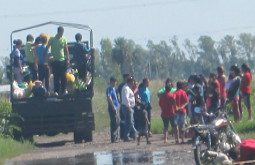 “I believe that service will play a pivotal role in changing the global ethic that currently is in the world.” Dr. Hyun Jin Moon, International Association for Volunteer Effort Asia-Pacific Conference, Seoul, Korea, October 29, 2011 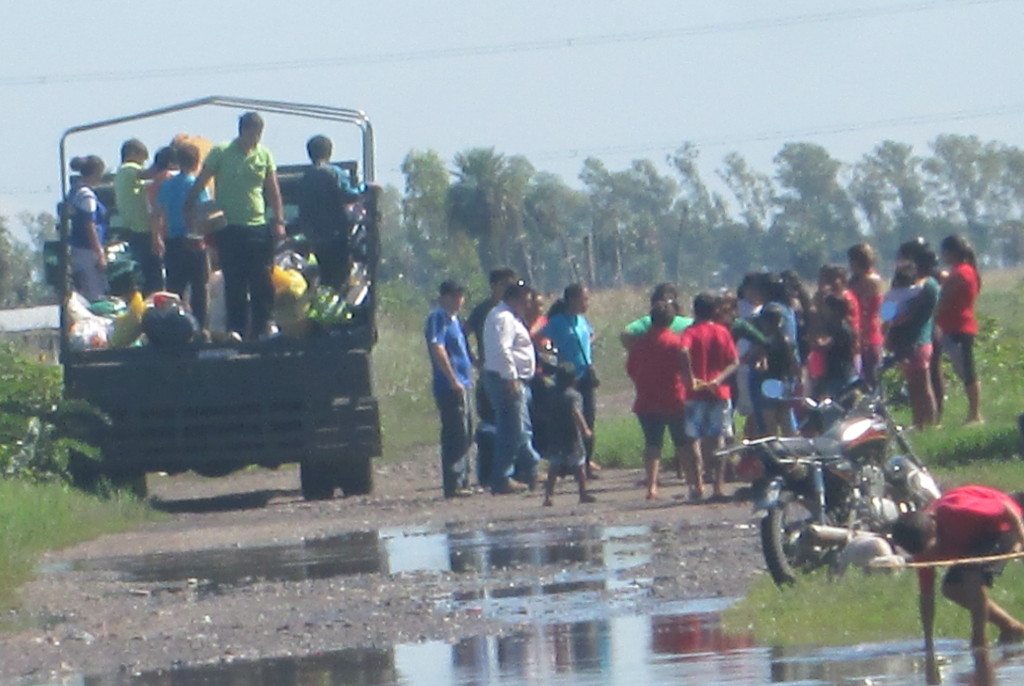 Volunteers from the Global Peace Foundation – Paraguay,  Lions Club, local schools and the Paraguayan Army held a daylong Artistic Marathon to collect supplies for flood-stricken regions in Alto Paraguay. The event featured 300 students from 11 different schools in the area. Throughout the day, volunteers approached locals and surrounding residents for donations of clothing, toiletries, and non-perishable items.

Alto Paraguay has experienced constant flooding since the beginning of the year. Thousands of people have lost their homes. Roads have been damaged and construction projects have been stalled. Many parts the already remote regions of Alto Paraguay have become inaccessible. Indigenous families, who make up the majority of the population in the most remote areas of Alto Paraguay,  have been particularly hard hit.  They have lacked basic supplies like clean water and food.

An Army truck that the Paraguayan Army donated for the particular service project, delivered the supplies to families in Remancito, Puerto Falcón, and Bo. Del Niño Asentamiento of Hayes Village. This was one of many relief efforts that Global Peace Foundation-Paraguay has been involved in.

When Dr. Moon established the Global Peace Foundation in 2009, he introduced service as a means to an end. Not merely as an activity or program.

The response from the volunteers of the day of service illustrates that service is not merely an activity, but a tool for transformation. During a ceremony that recognized their service, volunteers from the supply-drive expressed their commitment to serve again with the Global Peace Foundation. Another volunteer described how serving helped him feel connected to the families struggling to recover from the flooding. The initiative also forged meaningful relationships with organizations like the Paraguay Army, the Lions Club of Haiyan Village, and the local schools to support ongoing volunteer efforts.

Volunteers recognized for their service.

Their testimonies demonstrate that service is a tool for long-term development and peacebuilding.

For the original article visit: www.globalpeace.org