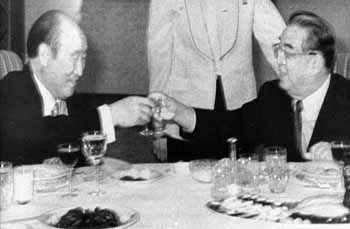 The sudden passage of Rev. Dr. Sun Myung Moon on September 3, 2012 was covered globally. Amidst the reports, The Atlantic published an article by Armin Rosen entitled “Sun Myung Moon’s Groundbreaking Campaign to Open North Korea”. He writes, “But for all the focus on the eccentric mogul’s quirks and U.S. investments, his role in North Korea may turn out to be his most enduring legacy, a fascinating story of how one man opened one of the very few cracks in this modern hermit kingdom.” 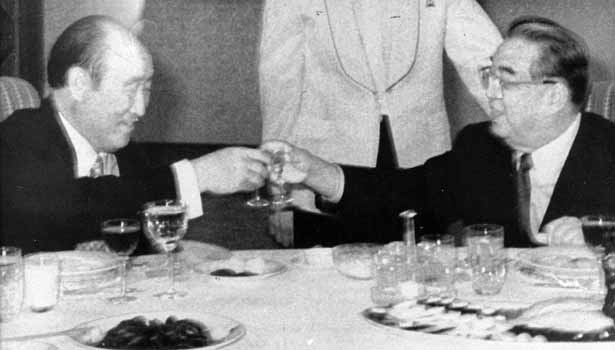 Rev. Moon was a pioneer for North-South Korea relations in many ways. Despite the stark differences between Kim Il Sung’s communist stance and Rev. Moon’s anti-communist and spiritually based perspective, the two men were close. Close enough that at Rev. Moon’s death, North Korean premier Kim Jong Un issued “messages of condolences”.

Rev. Moon’s frequent and friendly relations with North Korea were “an early and important part of a larger international effort to pry open the hermit kingdom.” Rev. Moon’s breakthroughs were not without risk. At the time, contact with the North was punishable by South Korean law.

Rev. Moon was also among the first to invest in joint economic ventures, mainly Pyonghwa Motors, an automobile company that was a “joint business partnership between a Church-owned South Korean company and a state-run North Korean consortium.”

Mr. Rosen quotes Scott Snyder, a Korea expert with the Council on Foreign Relations, that Pyonghwa Motors was “one of the first efforts to do production of that type in North Korea.” The “path-breaking effort” provided “early socialization” for the North who had limited exposure to modern manufacturing and the global economy. It was an indicator of “later and more significant efforts at cooperation on the Korean Peninsula” Today, over 100 South Korean companies employ North Koreans at the Keasong Industrial Park a few miles north of the DMZ.

Mr. Rosen also notes that Rev. Moon was not a push-over. While he made economic investments and conciliatory gestures, he also issued harsh criticisms of the limitations and dire realities of the communist state.

However, the article ends observing that Rev. Moon “may have helped to foster engagement between Pyongyang and the outside,” but he “never lived to see his efforts pay off as he’d dreamed.” 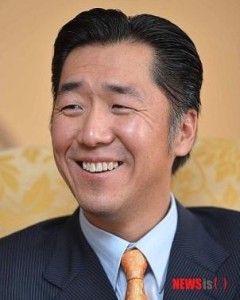 In an interview Dr. Hyun Jin Moon, Rev. Moon’s third son, has made it clear that he is still pursuing his father’s dream and learning from the past. Dr. Moon stated, “My father was the one who opened the door to North Korea.  I was in a very unique position to be very close and observe what happened when North Korea opened its doors, and I was able to see the mistakes that were made.”

Among these errors, according to Dr. Moon were the uncoordinated efforts of the South to reach out to the North, particularly during the Sunshine Policy. It allowed North Korea to play one group against the other.

Thus, the Global Peace Foundation, which Dr. Moon founded, has been a part of launching Korea United, a coordinated effort among over 350 civic and religious organizations towards unification.

Dr. Moon is well aware that he stands on different grounds than his father. For him, he is one generation removed, and Kim Jong Un is two generations apart. Yet Dr. Moon is hopeful to see his father’s dream fulfilled in the near future.

For the full article from The Atlantic visit: http://www.theatlantic.com/international/archive/2012/09/sun-myung-moons-groundbreaking-campaign-to-open-north-korea/262057/