Renewing the Public Square through a Spiritual, Interfaith Awakening 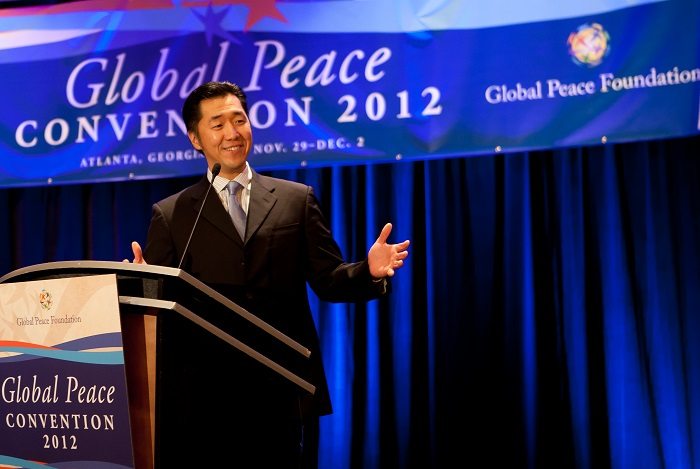 In order to meet the threat of global religious conflict, a new type of interfaith movement must appear, much like the civil rights movement of the 1960s which addressed the injustices suffered by African-Americans through an appeal to universal principles and values. This era should be one where people of every faith come together on the foundation of such principles and values in a new Great Spiritual Awakening. The promise that America makes to its citizens through the First Amendment, particularly freedom of religion, which is the foundation for freedom of conscience, must be extended to all the world’s peoples through such an interfaith movement. On that common foundation, people of faith must stand together to uphold those principles and resist the violent appeal of religious extremism.
Dr. Hyun Jin Preston Moon
Atlanta, Georgia, USA
Global Peace Convention 2012 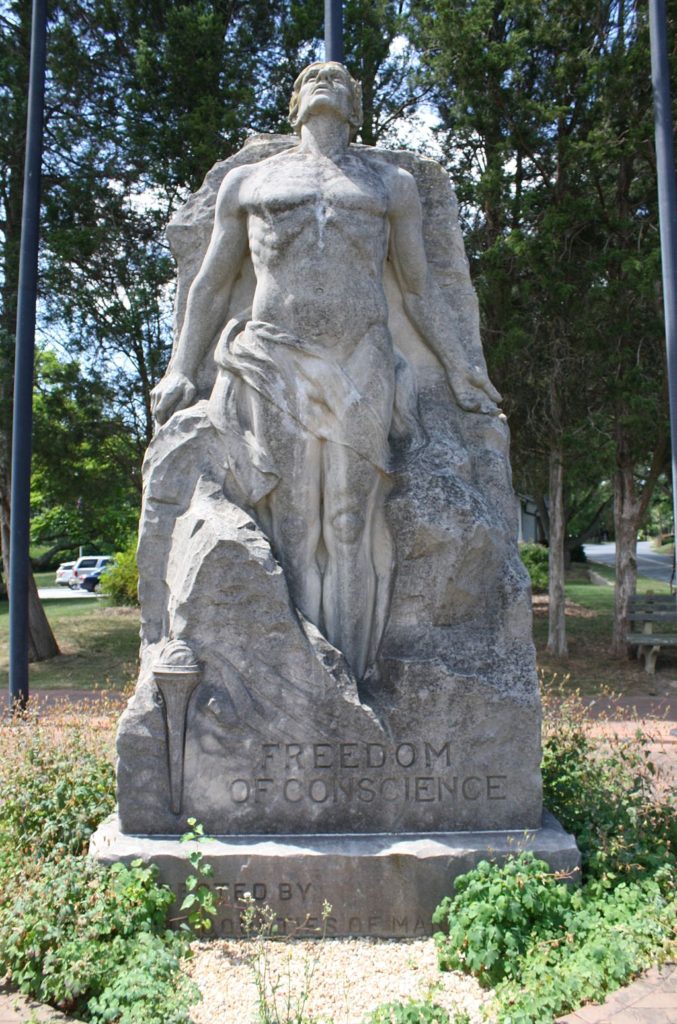 Freedom of Conscience statue on the site of the original Maryland Colony. Photo Credit: Elvert Barnes

The founders of the United States of America once sought to build a secular nation that would protect the fundamental rights of the citizens that were bestowed to all people by the Creator. Both George Washington and John Adams, the first and second presidents of the newly founded United States were noted for emphasizing the importance of religion in cultivating within the populace the kinds of virtues necessary for self-governance.

The Library of Congress online exhibition explains the role of religion in the founding of the Republic:

In his Farewell Address of September 1796, Washington called religion, as the source of morality, “a necessary spring of popular government,” while Adams claimed that statesmen “may plan and speculate for Liberty, but it is Religion and Morality alone, which can establish the Principles upon which Freedom can securely stand.”

This being as such, the structure of the American government with clear distinctions between that which is “church” (as a term to denote religious institutions) from that of the State, was originally intended to protect the freedom to believe and practice in accordance with one’s conscience.

Yet today, secularism – once intended to provide a neutral, shared space for people to engage their principles in the public square – has taken on interpretations that may need to be questioned. If and when the structures of society impedes upon the rights of the people to believe and practice according to their conscience, we need to be unafraid to take a hard look and have public conversations to ensure the freedoms endowed to us by the Creator are not lost.

The Global Peace Convention 2012 highlighted the global leadership role of the Americas rooted in universally accepted aspirations, principles and values

In understanding the cause of this “unraveling” of the public sphere and the decline of civic engagement, we can take lessons from the late Richard John Neuhaus who called faith leaders to lead in re-engaging values that had become the “naked public square” of American civic life. We might even see the various interreligious crises and extremist movements around the world as rooted in a failure to come to a consensus around basic, shared values.

While Neuhaus called for a renewal based in Judeo-Christian values, the Global Peace Foundation works to articulate principles for people from all faiths and to build a consensus around values that we all share. It is upon these shared agreements, GPF works to engage people to honor and live out their faith commitments through contributing to the wider public square. 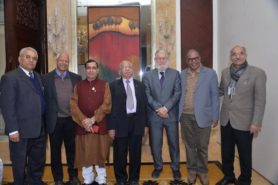 Presenters at the Round Table Discussion on a Global Ethical Framework in India, December 2015.

To further this work, we strive to advance the building of a new, shared public space based on the interfaith principles of One Family Under God. While there are many constituent parts to this work, among our models of interfaith leadership is the One Family Under God campaign in Nigeria where we are working to build a shared public sphere between previously divided Muslim and Christian communities. In India, we are working with faith and academic leaders to articulate an interfaith, ethical framework to guide civil society engagement in India and beyond.

Significantly, these conversations need to flow from faith and religious leaders to include people and leaders from every sector to be able to weigh in and work to figure out ways to apply abstract principles in their sphere of work and influence. This then, again requires sustained and local level discussion and grassroots engagement to create communities and societies “for, by and of the people.”