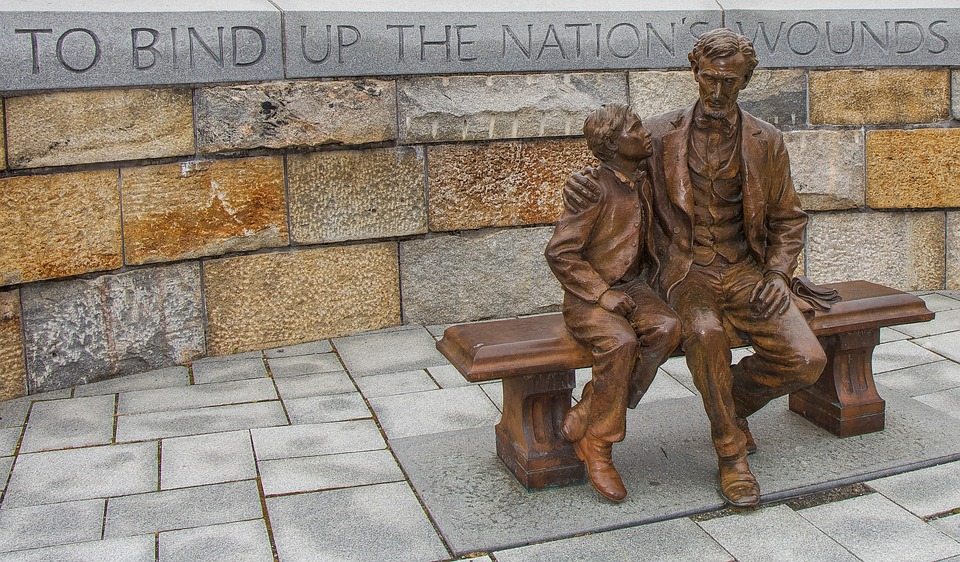 Do I not destroy my enemies when I make them my friends? Abraham Lincoln

As the road to reconciliation and reunification of the Korean people inevitably twists and turns, it becomes instructive to look at other models of division and reconciliation in history. The American Civil War, German reunification and pre and post-Apartheid South Africa, offer lessons, both good and bad, that can help inform the process that lies ahead for the Koreas.

Lessons from Lincoln and Korean Reconciliation

President Abraham Lincoln and his leadership during and after the American Civil War is a powerful example that can be revisited, again and again. His storied rise from the poorest backwaters of Illinois to the highest office in the land, his love for all people and his commitment to higher principles makes his one for the ages.

In his remarkable wisdom, Lincoln saw the Civil War as a struggle to align America with its founding ideals. In this, Lincoln is rightly considered one of America’s Founding Fathers because it was his presidency that pushed America further down the road to become a nation “for, by and of the people”, with rights for all people as endowed by the Creator. 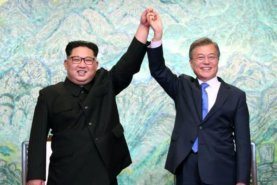 In terms of post-Civil War reconciliation, Lincoln was able to clearly see and act in ways that sought to reconcile rather than punish the South. His remarkable second Inaugural address famously captures his commitment to America’s founding ideals:

With malice toward none, with charity for all, with firmness in the right as God gives us to see the right, let us strive on to finish the work we are in, to bind up the nation’s wounds, to care for him who shall have borne the battle and for his widow and his orphan, to do all which may achieve and cherish a just and lasting peace among ourselves and with all nations.

It was his commitment to a vision of this “just and lasting peace” that colored his presidential policies and even his everyday interactions with people. In Noah Andre Trudeu’s Lincoln’s Greatest Journey: Sixteen Days that Changed a Presidency, there is a story that captures Lincoln’s moral authority and his ability to embrace even former enemies.

Lincoln and the Confederate Officer

On his way back to Washington D.C. from a visit to General Ulysses Grant and his troops on the front line, Lincoln stopped at the Depot Field Hospital near City Point, VA. At the time, it was one of the largest hospitals in the U.S. Lincoln was determined to greet every soldier at the hospital, which housed between 5 – 6,000 wounded soldiers.

One of the wounded was a former Confederate officer, Harry L. Benbow. Trudeau quotes Benbow’s personal account of his meeting with President Lincoln:

Arriving at length opposite where I lay, he halted beside my bed and held out his hand. Looking him in the face, as he stood with extended hands: Mr. President, I said, do you know to whom you offer your hand?‘I do not,’ he replied.Well, I said, you offer it to a Confederate colonel, who has fought you as hard as he could for four years.

‘Well,’ said he, ‘I hope a Confederate colonel will not refuse me his hand.’

No, sir, I replied, I will not, and I clasped his hand in both mine.

I tell you, sir he had the most magnificent face and eyes that I have ever gazed into. He had me whipped form the time he first opened his mouth.

Trudeau comments that Lincoln’s handshake affirmed, “for each Union soldier the righteousness of their cause,” and to every Southern soldier, to say, “Welcome back to the Union.”

Benbow’s account and Trudeau’s commentary that follows, shows how critical ethical and inclusive leadership is in the aftermath of conflict. Lincoln’s commitment to a cause that transcended the agendas of North and South, coupled with his compassion for those who suffered the war, opened the door for former enemies to become friends in the work of rebuilding the Union. In his personal encounters and in his advice as president to his cabinet, generals and even businessmen, Lincoln demonstrated such a heart towards all people.

Paving the Path Towards Reunification

In order to truly chart the way to peace and reconciliation, to union and reconstruction, there must be people who can lead the way. This will determine the story that follows any peace agreement.

Will it be a story of forgiveness, repentance and reconciliation?

Will it be a story of reunion?

Will it be a story of building a shared future together?