Principles and Values are the Foundation of Development 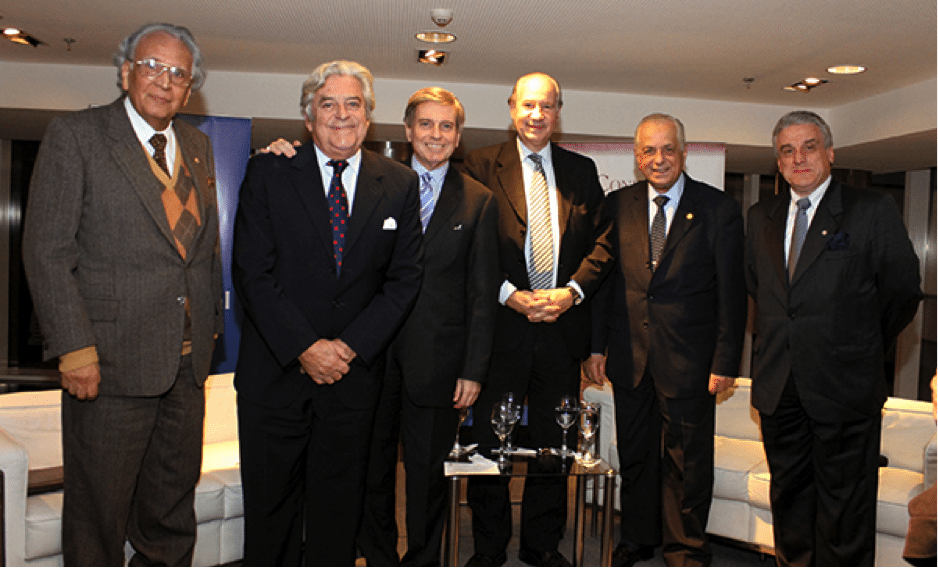 “Well functioning democracies stand on a foundation of principles and values. These are spiritual values that are not derived from any human institution, but endowed by our Creator. These are not just abstract ideals, but have real world implications.” ~Dr. Hyun Jin Moon, Chairman of the Global Peace Foundation

Dr. Moon emphasizes that without political and social stability grounded on universal principles and values, sustainable, long-term economic development is not viable. Thus, the Global Peace Foundation has focused on developing practical applications of such values into policy and practice.

The Global Peace Foundation has been active in Latin America, particularly in Paraguay since 2009. One of its primary focuses has been on establishing a firm foundation of moral leadership guided by enduring principles and values as the basis for national transformation.

One example is the GPF supported think tank, IDPPS, led by former Chief Justice Dr. Jose Altamirrano. IDPPS has co-hosted several high-level conferences and forums that apply values to pressing challenges in areas such as media, development, governance and justice. The think-tank has also played an advisory role for a number of Paraguayan leaders as teh country moves toward transparency and political stability.

In addition IDPPS’s partnership with the Uruguay Leadership Conference and the Esquipulas Foundation has birthed the Latin American Presidential Mission, a network of former and current heads of state in the region committed to a revival of spiritual principles as the foundation for the regions’ progress.

”Long lasting change involving social development can only stem from principles and ethical and moral values which are meaningful in the past, still are at present and will be in the future.”

Recently, the Global Peace Foundation, in partnership with the Leadership Conference of Uruguay (LCU), the Latin American Presidential Mission, Esquipulas Foundation and the institute for the Development of Thought hosted a forum titled, “Enduring Values in Society in Transformation” on June 10. The forum was held at the newly opened Fourth Tower of the World Trade Center in Montevideo, Uruguay. Over 140 participants, including ministers of the Supreme Court of Justice, legislators, mass media owners, religious leaders, leaders of political parties, non-government organizations, and education, attended.

The timely program focused on the relevance of enduring values as the foundation for long term stability and development. Later this year, Uruguay, will hold a number of important elections, including the presidential election.

Former president of Uruguay and founding member of the Latin American Presidential Mission, Dr. Luis Alberto Lacalle Herrera, reflected on the signing of the Asuncion Declaration, which later gave birth to the Latin American Presidential Mission in 2012. The Declaration was a commitment “to work – beyond religious, political, social, and ethnic differences – for the unity of Latin America as a continent of peace and future that can shine light in a world filled with uncertainties and confusion.” 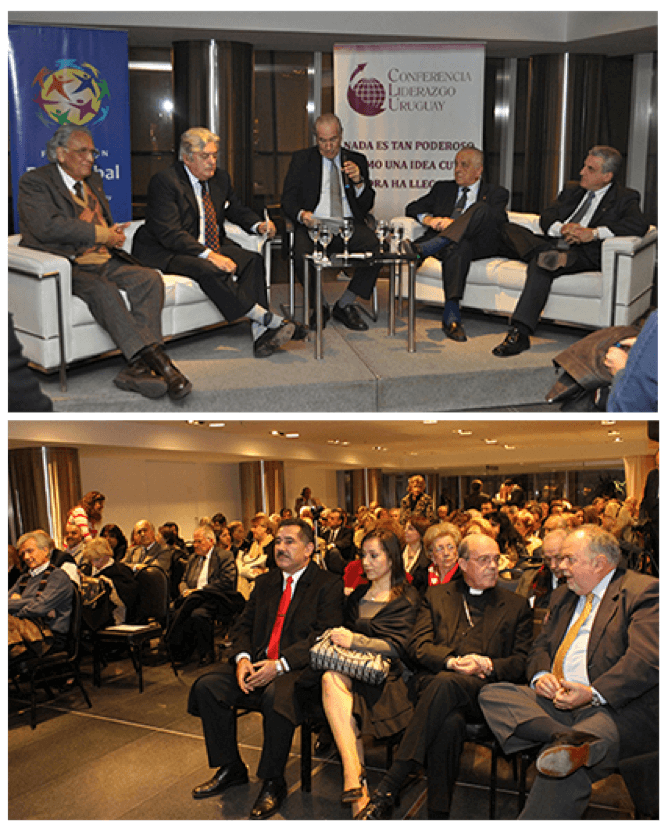 Top: Speakers addressed the importance of enduring principles and values as the foundation for progress and development. Bottom: Over 140 participants represented a cross-section of Uruguay’s leadership, from media, education, civil society and government.

Mr. Jorge Guldenzoph, President of the Leadership Conference of Uruguay and Global Peace Foundation Uruguay, referenced historian Arnold Toynbee, who stipulated that the fall of civilizations were preceded by their moral decline. Mr. Guldenzoph called for a revival of spiritual values to rebuild the social fabric.

A participant concluded, “Long lasting change involving social development can only stem from principles and ethical and moral values which are meaningful in the past, still are at present and will in the future.” Speakers provided insight and experience to strengthen the argument that shared values are the foundation for stable families, educational institutions, societies and economic and political systems.

The Global Peace Foundation, Latin American Presidential Mission, IDPPS and other partners have made important milestones in reaching consensus around universal principles that transcend national, religious and cultural differences to build a foundation for greater regional integration and cooperation, critical stepping stones for continued progress of the region.

See the original report at: http://www.globalpeace.org/newsapp/dialogue-series-in-uruguay-emphasize-the-importance-of-enduring-values-for-societies-in-transition#sthash.lizLqDCl.dpuf