Omotenashi: A Wholehearted Path to Peace 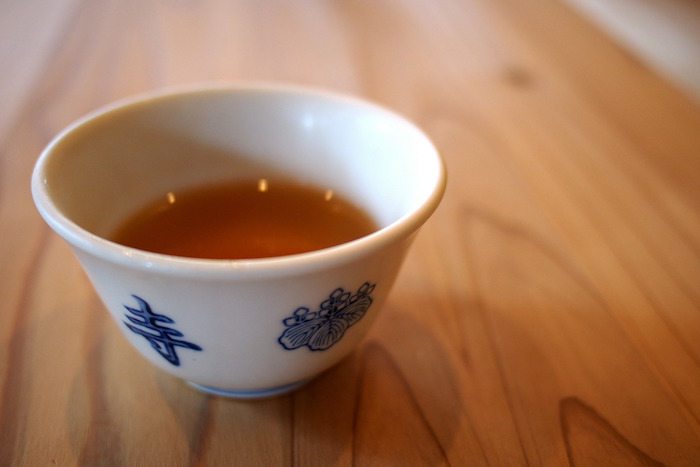 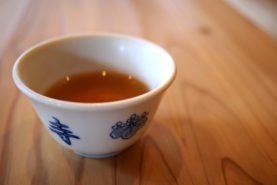 A stranger followed my father into the house and closed the door on the cold wind. Crouching down to undo the laces of his shoe, he released a quiet cough. By the time he was seated across from my father, my mother was already setting a hot cup of tea in front of the man. Surprised, the man who had not even had the chance to introduce himself, smiled, took a quick sip, and commented, “That was just what I needed.”

Literally translated, omotenashi is a Japanese word that means, “to entertain wholeheartedly.” This describes an attitude that is deeply embedded in Japan’s culture of service towards others. Often described in tourist experiences in Japanese hotels and restaurants, the concept of omotenashi has grown in popularity, especially as excitement builds towards the 2020 Tokyo Olympics.

Omotenashi is perhaps explained by another Japanese term, en, which has been variously translated to mean bond, connection or relation. It is suggested that this deeper understanding of the bonds between even strangers allows one to abandon one’s own comfort to provide comfort for another, without ever expecting anything in return. The spirit of omotenashi reflects a kind of service that anticipates the needs of others because the giver feels in their heart, an invisible, even spiritual connection to the person they are serving. 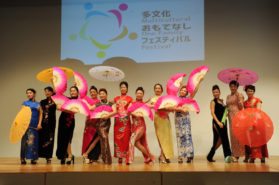 Dance performance at the 2016 Multicultural Festival held in Japan.

Omotenashi can show up in a myriad of different ways. Perhaps your shoes are rearranged in order that, when the time comes, you are able to comfortably slip on your shoes or there is a toothpick included along with your chopsticks, should you need it following your meal. Among relatives, neighbors and friends, and old and new acquaintances alike, the sharing of food, a gift after a trip, words of thanks, and profuse apologies for even the smallest incident is commonplace.

From start to finish, the idea of omotenashi is, simply put, a genuine care for others. Even while it has been noted as exceptional in Japan, hospitality to strangers is something that is honored in every country around the world. This is, in large part, thanks to the spiritual traditions that teach us that our bonds run deeper than any superficial lines of identity. This heart-to-heart attitude to serve another reflects an internal, spiritual connection that resonates with the vision of One Family Under God. It was this concept of omotenashi and its roots in the idea of en which was explored in a multicultural forum sponsored by Global Peace Foundation Japan on October 3rd, 2016.

Once neighbors, whether separated by borders made of fences or state lines, are able to embody a spirit of omotenashi towards others regardless of race, religion and nationality, perhaps the cycle of selfless service and gratitude could break the walls that divide our human family.

Omotenashi is a series by a Japanese American writer that explores Japanese traditional values and how they resonate with shared values in other cultures that express universal principles and the enduring vision of “One Family Under God” as the foundation for a world of lasting peace. This is the first installment of the series. Read the second, Peace Begins in the Home, and the third, Peace In Action.