North Korean Missile Crisis and the Path to Peace 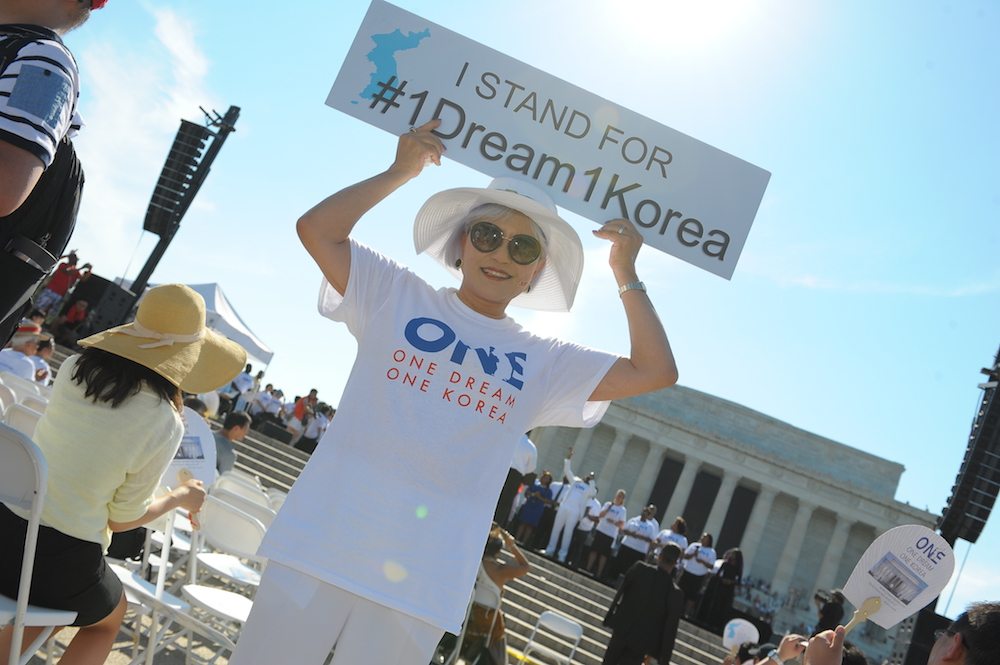 The recent tensions caused by threats of missile tests by North Korea and joint U.S.-South Korean military exercises, coupled with the heated debates between South Korean presidential candidates, have once again brought the issue of the divided Korean people to the forefront of international consciousness.

While analysts and policy hawks lament what they label an “intractable problem,” Dr. Hyun Jin Preston Moon challenges all Koreans and our global community to step back to see the situation for what it could be. Instead of bringing us to the brink of war, what we have ahead of us is the opportunity for peace, should “We the People” take the control over our own histories and circumstances. 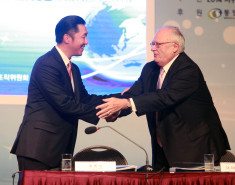 Dr. Moon’s public advocacy for a vision-driven, civil society approach to Korean unification began in 2010 when most Korean scholars, politicians and citizens expressed very little interest in reunification issues. At the time, many advised him to take up other issues such as social welfare. However, Dr. Moon recognized that comprehensive social, economic and political change requires something more – a vision and the will of a people to transform a nation and subsequently the world.

He also saw that the peaceful resolution of the long-standing Korean conflict carries with it lessons for the East Asian region as well as global community, with benefits for all.

A key few people, including Lee Ki-Teck and the late Dr. Seil Park, supported Dr. Moon’s vision and launched a grassroots movement for reunification based on Dr. Moon’s approach that focused on outlining a vision for a unified Korea. It was in this vein that Action for Korea United (AKU) was formed to advance the cause of Korean Unification through a comprehensive and vision-driven strategy for with an ever-growing coalition of civil society organizations.

Today, the issue of Korean unification looms heavy in the minds of Koreans and the world. In some sense, the fate of the world hinges on the future of the Korean peninsula. Geopolitical scholar, Dr. Madav Nalapat went as far as to assert that the threat of a second Korean War is imminent if the world cannot find a solution to the division of North and South Korea. Furthermore, according to many academics and politicians, reunification appears to be the only viable resolution to the threat of nuclear war. 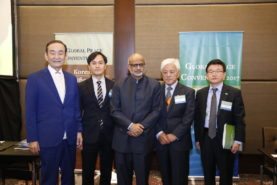 Action for Korea United has grown to include over 800 organizations and has consistently championed reunification in Korea and around the world, even amidst political upheaval and the growing nuclear crisis from North Korea. Its efforts have changed the social landscape of South Korea, particularly for the youth in their teens and early 20 and 30s, to acknowledge the plight of their brethren in the North and to realize power they hold in their hands to change the course of history.

Driving these efforts is an enduring vision of Hongik Ingan, revived from the annals of Korean history, calling the Korean people live to benefit of all humanity. In many ways, the challenge of today can be seen as an opportunity for the Korean people to set a new model of peace based on a shared vision powerful enough to transcend political ideology and years of bloodshed, enmity and rivalry.

The AKU coalition is an active driver of the One K Global Campaign Organizing Committee that works through the arts, culture and the entertainment industry to promote the ethic of Hongik Ingan and generate international support for the cause of Korean reunification, the first step to building the Korean Dream as a model for global peace.

Dr. Moon’s book, Korean Dream: A Vision for a Unified Korea, recently published in English serves as a roadmap, not only for the reunification of the Korean people, but for peace and national transformation around the world.