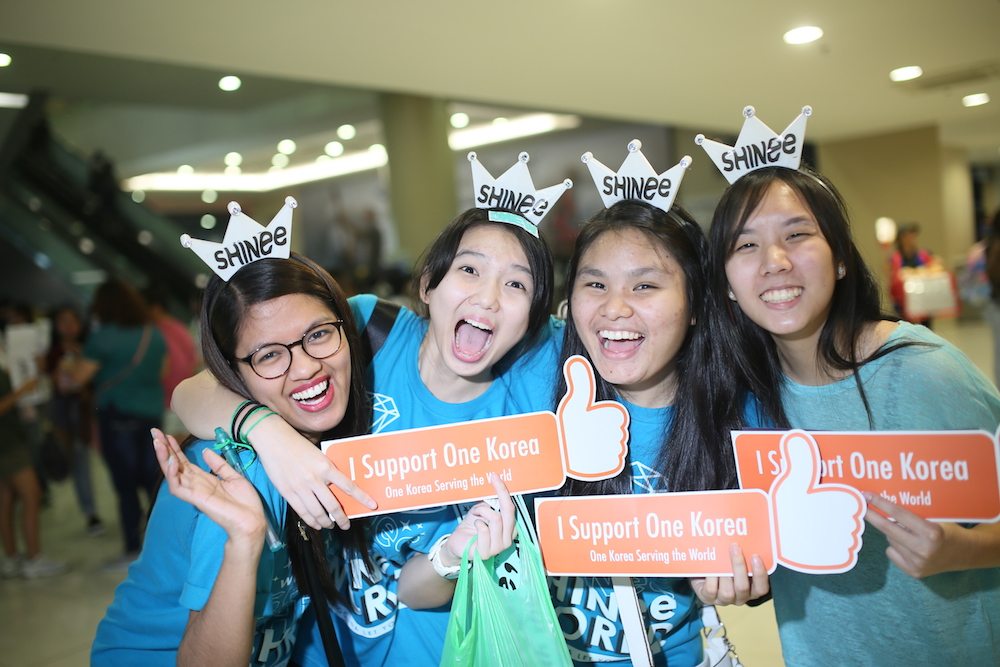 The concert didn’t just showcase the personality, talent, and looks of the K-Pop stars, including Psy, the ladies of AOA, SHINee, CNBlue, BTOB, BAP and B1A4; it highlighted their shared commitment to an auspicious goal – Global Peace. 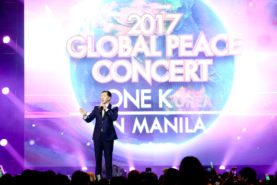 The new Unification Song written by multi-Grammy Award-winning, Songwriter Hall-of-Fame production team Jimmy Jam and Terry Lewis made its début at the concert. “You’re going to be the very first in the world to hear that song,” Jimmy Jam chided the audience in the middle of the concert.

In earlier interview the duo described the power of the new song saying, “This is a song we’re giving to the world. It really is about Global Peace.” The team has been working for the past year to compose the song, expressing their conviction that the unification of the Korean peninsula is the first step to global peace.

Following the One K Concert, one attendee shared how moved she was to be a part of the campaign for a united Korea:

I grew up hearing “We are the world.” It could be that my parents also came from a generation who thought peace would come soon, and they liked to make us sing it. When we sang it, we always sang it at the top of our lungs. It’s one of those songs that always raised our spirits – it spoke of something bigger than us – an interconnectedness of humanity, of a hope of a better world – and the confidence that the power to create that world, was given to each of us.

Only later would I find out the origins of that song – over 40 top singers and musicians bound together to alleviate the hunger in Africa. That song raised $63 million and it still inspires generations later. Music can unite; music can move people to action. 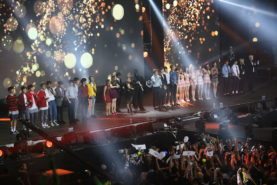 As the notes of “One Korea” rose up through the arena in the voice of the traditional Korean instrument, the piri, something like that stirred in me. The mystical sound of the wind instrument seems to echo through the halls of the history of a people who have been taught that they were created to live to benefit humanity for eons. I felt my heart rise with the notes and tears gather at the corner of my eyes.

“Calling on a generation” sang the K-pop stars flanking Jimmy Jam and Terry Lewis. “Strength and unity….we’ll serve the world as one.”

I am still humming the chorus – and every note hits a chord in me, telling me that I, we have the power and responsibility to be the generation that will make peace happen. When we stand together as the generation who will not let this opportunity to secure a better world pass, committed to resolving some of the seemingly impossible challenge of our time like the division of Korea, peace will come true.

And now, we have a song to remind us – that the impossible is possible when we believe together. Thank you Jimmy Jam and Terry Lewis, for giving this generation a song, a song that calls us to be the generation of peace. We are a generation that will bring substance to this vision.

The original article can be found on www.globalpeace.org. Dr. Hyun Jin Preston Moon is the founder of Global Peace Foundation.