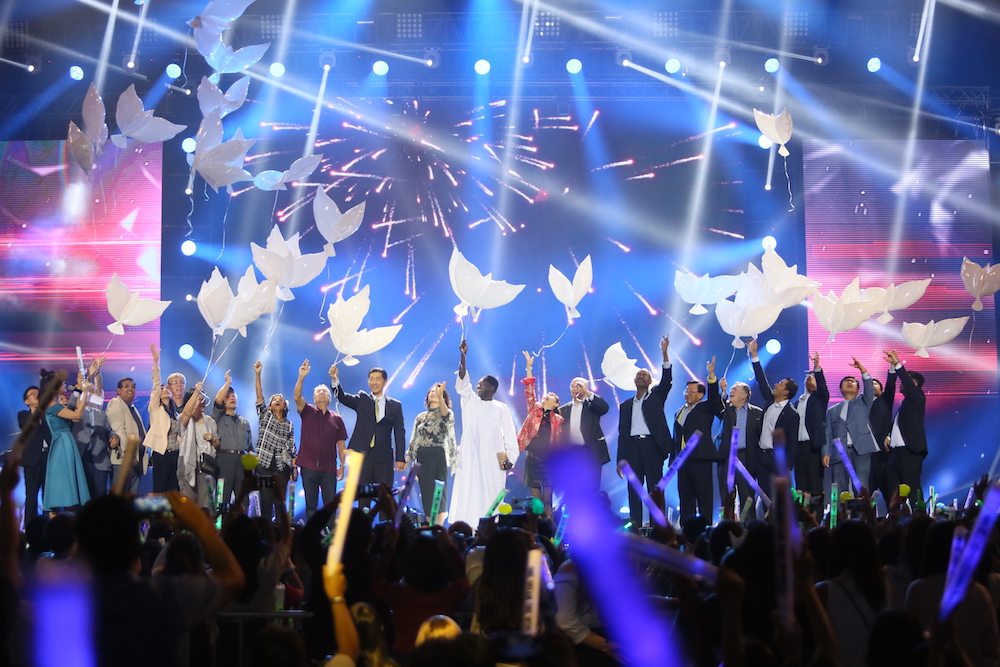 NGOs, music production teams, and K-Pop artists collaborated to spread the message of world peace starting with the unification of the Korean peninsula in the One Korea Global Peace Concert held in Manila, Philippines this March.

Songwriter Hall-of-Fame production team, Jimmy Jam and Terry Lewis, introduced the newest “unification song” in front of the 15,000 fans filling the Mall of Asia Arena. The duo described their inspiration behind creating a song for the Korean peninsula saying, “The idea of reunifying could be about family members who lost their way or could be unifying friends who got into an argument with each other. It could be at a very basic level. It’s really about just coming together and reuniting. That theme, to me, is a very universal one.”

Read more on the One Korea Global Peace Concert from The Korea Times.