Mothers of the World – Teaching Peace Ten Tugrik at a Time 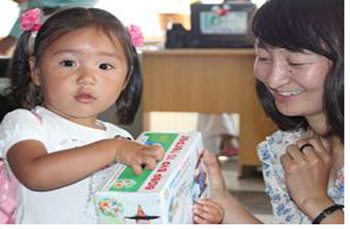 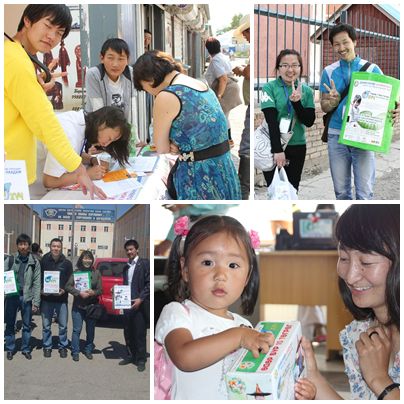 Mothers were the biggest supporters of the Power of Ten Tugrik.

In the family, who lives the most for the family? The women, the mothers.

Mothers are the first teachers of true love. When a mother gives everything to raise her children, and when she teaches her children how to live for the sake of the world, she is planting the seed of peace in her children. In this way, mothers are powerful agents of peace.

In 2011, GPF-Mongolia launched The Power of Ten Tugrik, a grass-roots anti-poverty campaign. The Tugrik is the smallest currency in Mongolia. The idea is that everyone, even children, can contribute to building Mongolia and relieving the poorest of the nation.

Children were encouraged to take home little donation boxes and collect small amounts, bit by bit, leading up to the Global Peace Festival celebrating the origin of the Hun peoples.

Mothers were the campaign’s biggest supporters. One mother said, “In communist Mongolia we were used to receiving things, but we never gave out of our own free will for the sake of the nation, let alone for sake of the world.”

These mothers of the next generation of Mongolians saw the project give their children a profound dignity. As their children began thinking and living for the sake of a larger good: “my family, my community, my nation, and my world,” their children recognized the power and value of one person. Even if their country was still developing, even if their household had very little, they still could contribute to the Mongolian people and the world.

These mothers connected to the spirit of the many remarkable mothers who preserved the heritage of the Hun people and contributed to the legacy of Pax Mongolia.

When these mothers taught their children how to live their global human family, they became mothers of the world.