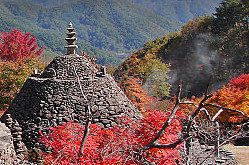 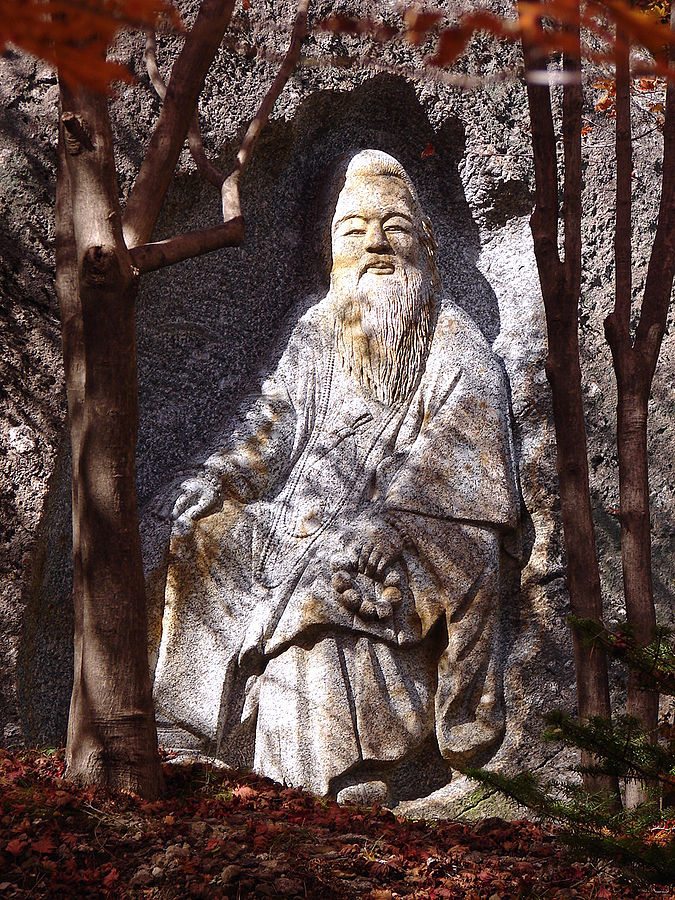 Engraved image of Hwanim, Lord of Heaven, at Samseonggung, a memorial of the founding figures of Korean history. (photo: Steve46814)

The story goes that a long time ago, Hwanin, the lord of Heaven, had a son named Hwanung. Hwanung begged his Father let him to go to earth, for he yearned to see the lush valleys and great mountains. He was also greatly saddened to see all the evil in the hearts of people. His father agreed and sent him along with 3,000 helpers to live and work for the benefit of all humankind (Hongik Ingan).

Hwanung descended unto Mount T’aebaek and founded a city called Shin Shi “City of the Gods”. Together with the Minister of Clouds, Minister of Rain and Minister of Wind he formed laws, moral codes and taught the humans about art, medicine and how to till the land.

It was on this mountain that a tiger and bear prayed to Hwanung to become human. Hwanung heard their prayers and called them to come before him. 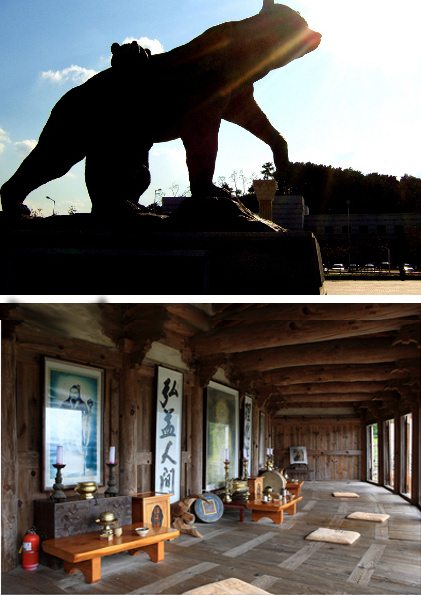 He gave them each a bundle of mugwort and 20 cloves of garlic and ordered the animals to only eat the sacred food, avoiding sunlight for 100 days. The bear and the tiger obeyed Hwanung and went to a cave.

After a short while, the tiger became hungry and impatient and decided to leave the cave. But the bear had patience and remained. After 21 days, the bear came out of the cave and transformed into a beautiful woman. She was very grateful to Hwanung, and gave many offerings. After some time passed and unable to find a husband, she grew sad and lonely. She prayed under a sandalwood tree to be blessed with a child. Hwanung, moved by her sincere prayers, took her as his wife and she gave birth to a son. As the grandson of heaven, he was named Tangun, meaning “Altar prince”.

As Tangun grew older, he became a wise and powerful leader, eventually succeeding Hwanung as king. Tangun went to Pyongyang and founded the Kochoson Kingdom in 2333 B.C. At the old age of 1,908 he finally returned back to Mount T’aebaek to become a mountain god.

To this day, Tangun is believed by many to be the legendary founder or “father” in both North and South Korea, and is honored with statues and a national holiday.