우리(Uri) – The Korean Notion of the Collective Self 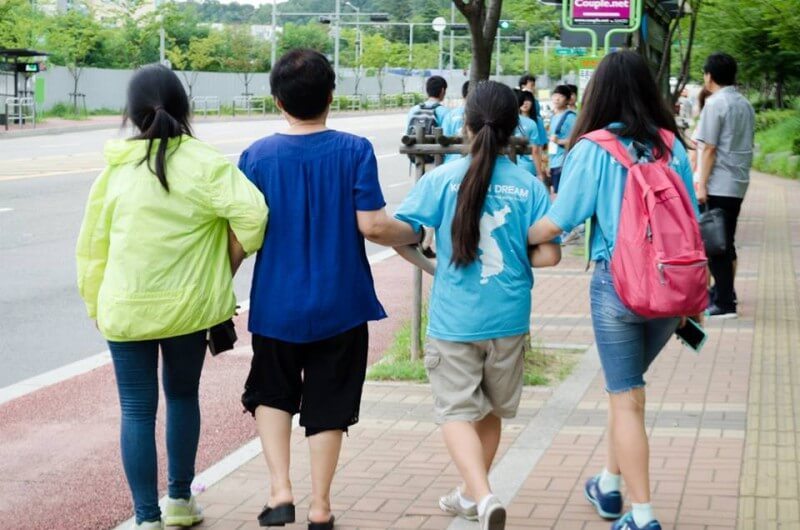 The traditional Korean family is the most enduring and unique manifestations of our heritage. it is where we intimately learn our most important lessons that make us who we are, from those we love the most. it is where we learn about our ancestors, feel the warm embrace of our family, experience the diversity of our clan, and know that we are a continuation of an ever-growing network of relationships that defines us, loves us, and is present for us.Korean Dream: A Vision for a Unified Korea, by Dr. Hyun Jin P. Moon

The Korean term uri (“우리”) is indicative of a sense of oneness or family with others. Koreans in the North and South probably use the word uri millions of times throughout their lives. Uri (“우리”) is found left and right, in nearly every circumstance in Korean society— uri Nara, uri jeep, uri omma (Our Nation, our home, our mother). Each time the word uri is used, it expresses a shared connectedness as part of the Korean extended family.

Korea is referred to as “our nation” by Koreans.

A closer look at the meaning of “uri” serves as a powerful reminder that Koreans are meant to live together, as one family.

In the grammatical sense, uri is the informal first person plural pronoun in the Korean language. It is dominantly used for possessives and literally translated as “us”, “our” or “we”. However, uri is also commonly used in place of the possessive “my”. Uri is a ubiquitous Korean concept signifying community and unity.

What is particularly interesting about this Korean word is that even when talking to someone who is clearly not part of your immediate family, Koreans still use this linguistic terminology as if you are.

In the western world, it would be regarded as somewhat odd if a stranger referred to her mom as “our mother.” There is something here that goes much deeper into the mindset of the Korean culture.

It’s interesting to contrast this concept of the Korean uri with the Western understanding of the relationship between the self and a larger whole. According to Maday and Szalay (cited in Kim & Choi, 1994), it was found that the first associations with the word “me” were “family” and “love” for Koreans. In contrast, the first word associated with the word “me” was “I, person individual” for Americans. 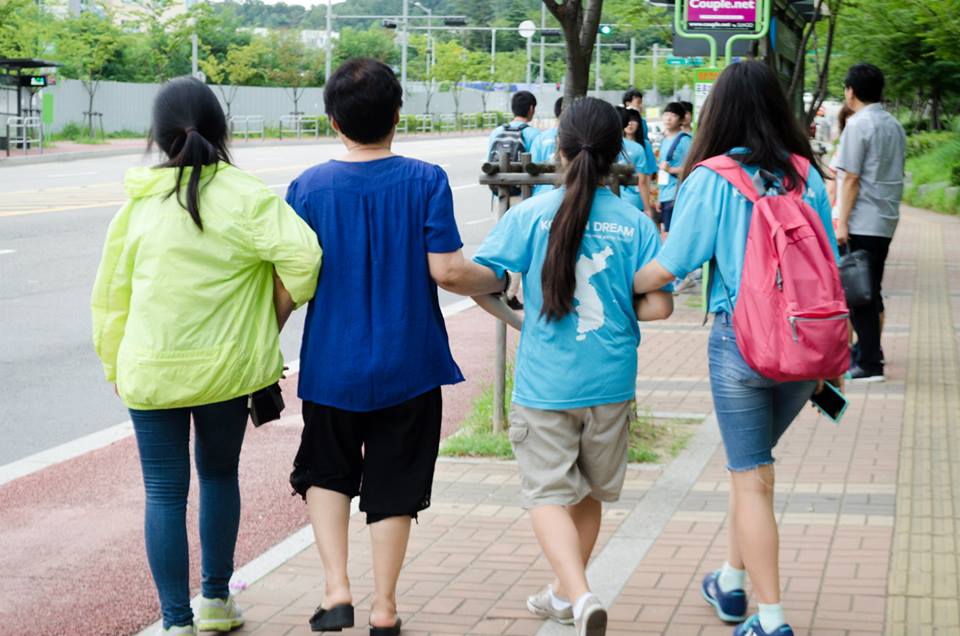 Volunteers taking their “grandmother” out for a walk on the town.

The differences that emerge out of these first cultural concepts are striking. Koreans view themselves as blending into their family, whereas people in the United States or other Western countries fundamentally view themselves as separate from others, including that of their family. Here we see the influence of individualism of the Western world underlying the all-important “self” above all else.

This concept of boundaries also seems to relate directly to the Korean sense of personal space. Whether it is an elder Korean women rushing to cut in line in a crowded supermarket or when you squished together on public transportation, the sense of personal space in Korea seems virtually non-existent. Where this offends or discomfits most Westerners in Korea, Koreans themselves have no concept of invading another’s space, because it is understood that space belongs to everyone.

In the book, The Conceptual Self in Context: Culture Experience Self Understanding, the authors explore how one’s sense of self is rooted in the larger society’s values and principles.

The Korean way of relating to others includes an assumption that “what is good for the group is also good for the self, which by definition is ‘a part’ of the group” (Koenig, 2010). There is specific research from the 1990s supporting the notion that Koreans have a strong emphasis on others and family, suggesting that “rather than being conceived and experienced as separate entities, selves are lived as relational parts of a greater whole”. This would explain why there is such a strong sense of a common group in Korean society. 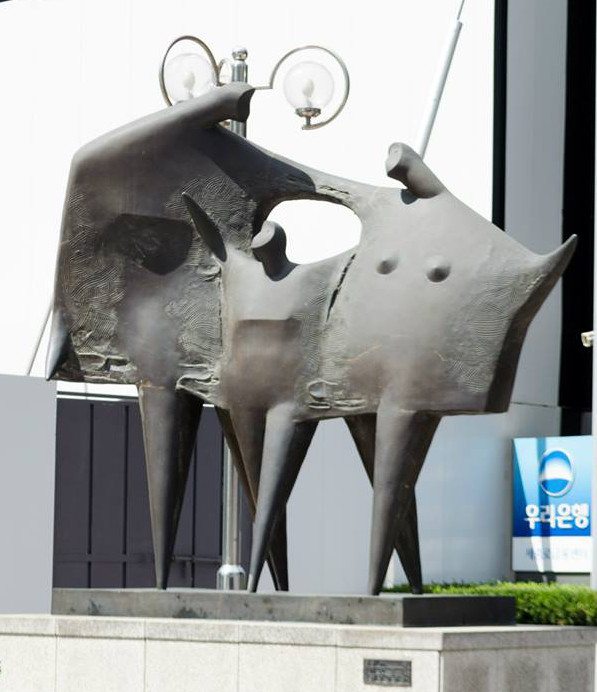 An abstract depiction of “uri jeep“, our home, in downtown Seoul, and the logo for “Woori Bank”, our bank, in the background.

This consciousness of the collective self that is embodied in the word “uri” is most aptly expressed in the Korean extended family. In traditions such as the annual autumn celebration of “Chuseok,” where families gather together to honor their ancestors, family members are reminded that their lives benefit not just the current generation, but of generations past, present and future, and not just their immediate family, but their extended family, spanning to their clans, nation and even the world.

It is this collective consciousness that has enabled the Korean people to weather some of the hardest times in their history, including the Korean War. In tough times, the Korean people stuck together, relying on each other because life literally depended upon it.

As the Korean people stand at another crossroads in their history, the word “uri” serves as a reminder we possess a common destiny, and that each one of us, and every family, has a part to play in building a nation that would benefit not only our immediate family, but our world family.