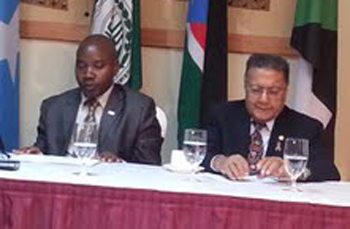 On Saturday, March 9th, five days after the last poll was closed and the final ballots hand counted due to a glitch in the automated system, the winner of the Kenyan presidential election was announced. The election is not without some minor breakout of violence, but response systems kept it minimal. And, although the winner’s prominent contender contests the outcome, he will go through the courts to resolve the matter. Both sides urged for a peaceful resolution. Thus, Kenyans have delivered, as promised, a peaceful election.

The impact of this victory resounds beyond Kenya. Messages have streamed in from all over the world, congratulating Kenyans for their peaceful election, including countries like Denmark who had direct investments in the Kenyan election process. The Standard reported Executive Secretary, Ambassador Mahboub Maalim of the Intergovernmental Authority of Development (Igad), an organization that includes Kenya and seven of its neighbors, Djibouti, Ethiopia, Eritrea, Kenya, Somalia, South Sudan, Sudan and Uganda, praising Kenya for setting the precedent for itself and Africa, “the “high turnout and exemplary discipline on the 4th of March polling day demonstrating to the region and the whole world their democratic maturity.”

Ambassador Maalim also gave special credit to government and non-governmental organizations, including the Global Peace Foundation. Prior to the elections Global Peace Foundation was a key player in organizing the National Youth Summit, that trained youth how to be “peace ambassadors” during the elections. It also pumped up Vote4Peace  and Vote4Kenya, a SMS campaign that engaged many prominent artists and radio DJs to push out the message of a peaceful election.  In addition, the Global Peace Foundation has been in the Rift Valley, the epicenter of the 2007 post-election violence, implementing various development and peace education projects.

Chairman of GPF-Africa Dr. Manu Chandaria observed that peace is becoming a core value in Kenya. He also was quoted saying, “All the political difference can be resolved I poverty is tackled among ordinary citizens and that can only be done by creating jobs.”

Future business prospects may be bright after this demonstration of Kenyan’s ability to uphold peace and stability. Kenya has shown that is has a dream that transcends tribal differences, and looks to a brighter future for itself, Africa and the world.