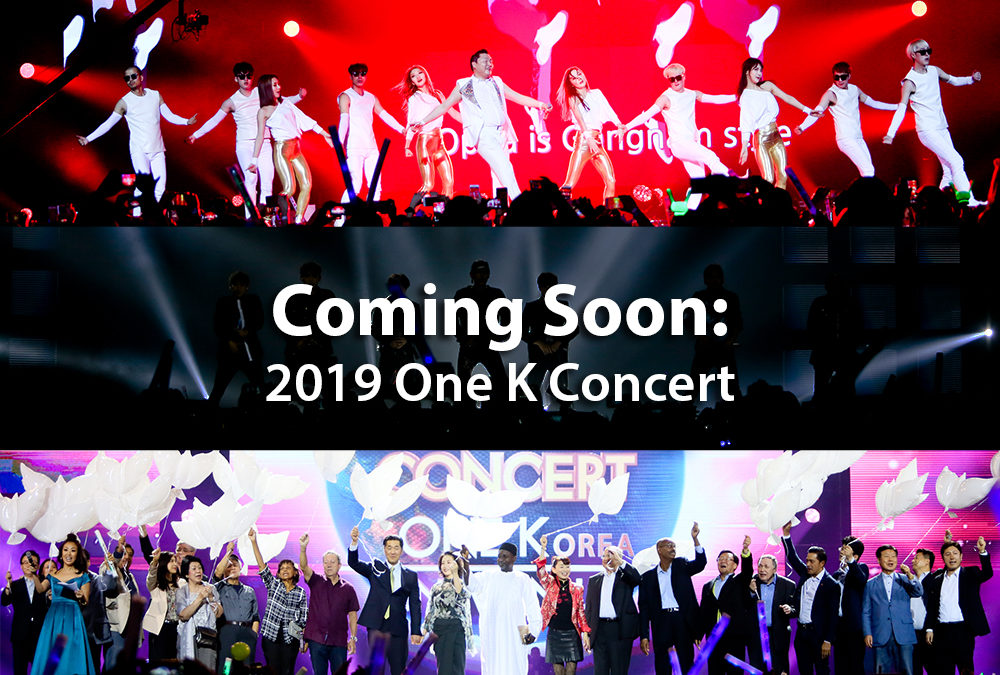 The third One K Concert will be a part of the One Korea Global Campaign’s 100-year Commemoration of the Korea’s 1919 March 1 Movement in Seoul, South Korea. More than 20 One K Stars have committed to perform in the impact-making concert that looks back on the significance of the March 1 Movement for Korean independence and envisions a future of reunification and peace.

The concert series has enlisted the voices of high-profile K-pop stars like BTS, EXO, AOA and Psy to draw broad based awareness and engagement for Korean reunification and global peace.

Dr. Moon has emphasized the importance of citizen engagement, calling for all levels to work for the important efforts of creating a Korea based on the enduring ideals of the Korean people. “Great social transformation requires the active engagement of a broad public united in pursuit of a common cause. That cause should be unification and is not the work of governments alone. Koreans from the North, South as well as the diaspora must engage with one another on many different levels. Civic organizations and NGOs are the perfect means for such engagement.”

The Korean Dream, outlined in Dr. Moon’s book by the same name, has become a vision that AKU and partners have rallied around and created innovative initiatives like the One K Concert to remind Koreans of their age-old dream of a nation that can benefit all Koreans and eventually the world.

Other programs include activities through which participants, including refugees and defectors from the North, experience making the hope for unification a part of their everyday life.

See Highlights from past One K Concerts: