Human Beings were Born to Love 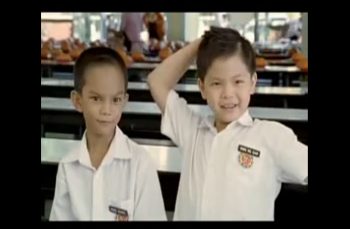 The Dream of One Family

Are people born to hate? Or do they learn?

If a five-year-old Muslim child, Jewish child, and Christian child met at a sand box, would they look at each other and say “I hate you”?

No. They would be happy that there are other children to play with. It would be lonely with no other children in that sandbox. There is comfort and happiness in the presence of others.

Human beings are born to love. We need to love.

But how is it that when the Muslim child, Jewish child, and Christian child, grow into adults, into men, they hate their brothers from different religions?

This is the dream that righteous men and women have pursued. It is the dream of all people—all races: black, white, yellow, and brown, all religions: Muslim, Christian, Jewish, Hindu, Buddhist…., and all nationalities, living together as one family under God.

GPF is building a coalition of such men and women who are dispelling the ignorance that breeds hatred along man-made divisions. They are working together to secure this ageless dream.

(This post was composed from excerpts of a speech given by Dr. Moon in 2007, during an inter-religious speaking tour through the United States of America)