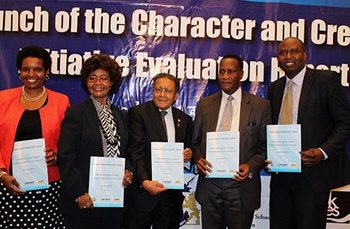 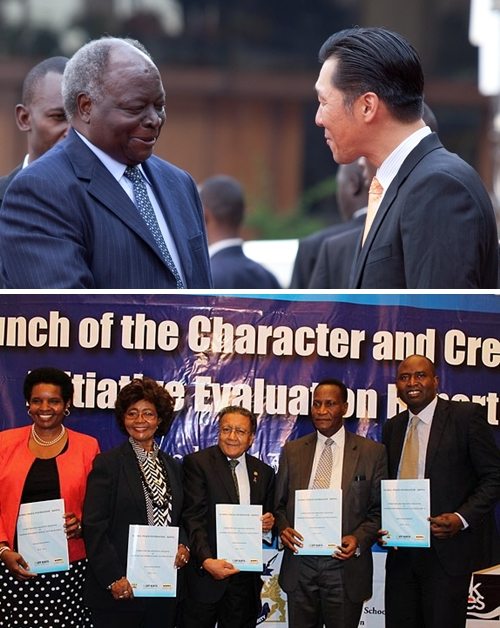 The Character and Creativity Initiative (CCI) has expanded to Uganda and Nigeria. CCI was first adopted in Kenya at the close of the Global Peace Convention (GPC) 2010 in Nairobi. During the Convention, then President of the Republic of Kenya, H.E. Mwai Kibaki charged the audience to “leave something behind”. CCI is one of many outstanding outcomes.

In an interview on the Uganda Broadcasting Corporation, Global Peace Foundation-Uganda Country Director, Milton Kambula said CCI is critical for the future of Uganda and Africa. According to Mr. Kambula, African youth lack places and role models to develop their character. “African children need to be nurtured, growing in the family and community, growing in school, and now from the school coming back to the community to lead and transform our nations.” Mr. Kambula is confident that CCI in Uganda can fill that need. “We have an opportunity. With the character and creativity initiative in schools, will now raise moral and innovative leaders that will drive the Pan-African agenda.”

When CCI began in Africa, starting with select secondary schools in Nairobi, Kenya, the nation was still recovering from the 2008 post-election violence. At the center of the violence were youth and unemployed young adults. Today, the landscape is different. Schools that were reporting arson incidents are now coveted by parents who line up from around the city to enroll their children. In August 2013, the Kenyan Institute of Research and Analysis issued the results of a three year study of CCI. It reported increased academic performance from students at CCI schools, decreased disciplinary problems, and improved teacher and student satisfaction.

At the heart of CCI is the conviction that educating the brain is not enough to produce future leaders. Dr. Moon has emphasized, “Education should not be just cognitive, it should mold character and cultivate the heart.” CCI is a unique, non-curriculum based initiative that engages multiple education stakeholders, from educators, administrators, students, parents and community members to create whole school culture transformation based on basic universal character qualities.

Below is Mr. Milton Kambula’s interview on the Uganda Broadcasting Corporation.