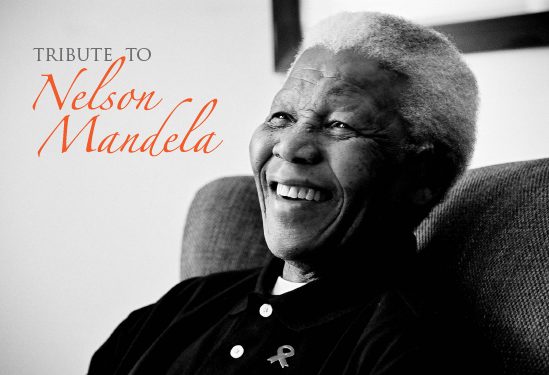 The Global Peace Foundation has learned with great sadness of the passing former South African President Nelson Mandela, who died at his home on December 5 at age 95 after a long illness. Mr. Mandela, the first black president of South Africa who spent 27 years in prison during the era of apartheid, is credited with guiding his country through the tumultuous post-apartheid years through a personal example of forgiveness and commitment to national reconciliation.

In a statement, Global Peace Foundation Chairman Dr. Hyun Jin P. Moon paid tribute to the South African leader. “There are few men and women in history who have such a profound affect that their legacy continues to live on even though their lives have passed. I believe that Nelson Mandela is one such figure who carried on the message of true love, even loving thy enemy, to build bridges of peace to heal the wounds of segregation that had separated two races in South Africa.

Mr. Mandela set a precedent of leadership rooted in principles and values, a kindred spirit at heart who shares a vision of humanity as truly one family under God.  Humanity needs precedents like the life he has lived. I extend my condolences to his family, but more importantly, encourage our commitment to carry on his legacy through our work by being peace builders of in our communities, our regions, and our nations, and owners of that vision of one family under God.”