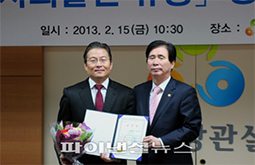 Global Peace Foundation Korea was selected from among thousands of NGOs in Korea to receive a special certificate of commendation from the Korean Ministry of Special Affairs.

This is what Financial News in Korea reported. 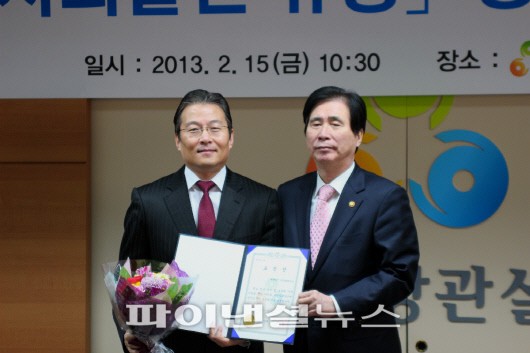 Global Peace Foundation Korea (President Kyung Eui Yoo) was awarded a Certificate of Commendation   from the Minister for Special Affairs Ko Heung-Kil. GPF is being recognized for its charitable activities over the last year such as the Alllights Village Project and the Miracle of 1,000 Won.

President Kyung Eui Yoo said, “This Certificate of Commendation carries a special significance for the entire staff and members of Global Peace Foundation who have all been engaged in the peace initiative program together. We will continue to stand in the forefront of building world peace in 2013.”