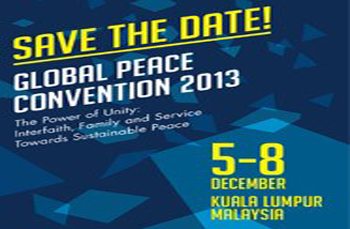 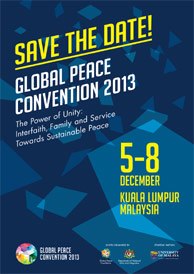 The GPC 2013 will be held in Kuala Lumpur, a cultural, financial and economic hub in Southeast Asia. This year the convention will focus on “The Power of Unity: Interfaith, Family, Service Towards Sustainable Peace.”

The Global Peace Convention brings together leaders from all sectors: civil society, government, religion, media and academia, to share and develop new approaches to peace and sustainable development based on universal principles and values.

Despite significant advances, billions of the world’s people still live in extreme poverty, the environment is threatened by unmitigated exploitation of natural resources, and conflict based on religion, ideology and ethnicity continues.

There is an urgent need for moral and innovative leadership guided by shared principles and values and innovation that harnesses the advances of the twenty-first century.

The Global Peace Foundation in partnership with Malaysia’s Department of National Integration and Unity and Universiti Malaya, will 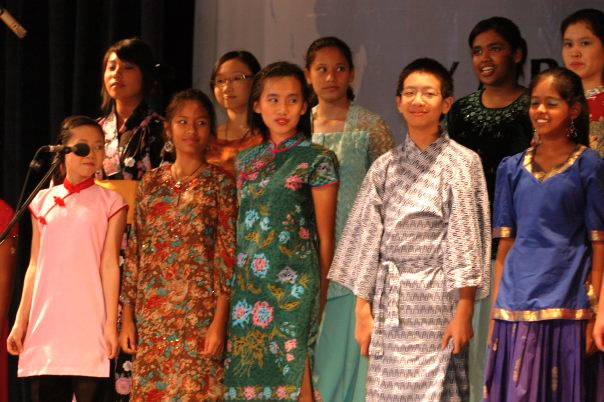 Malaysia is widely diverse. It has found “unity in diversity”

Malaysia’s experience as a modern Islamic nation and parliamentary democracy is notable. Malaysia is widely diverse: from Malay (53%) and Muslim (60%), Chinese and Indians, Buddhist, Hindu and Christians. And it has come to “understand accept our diversity as a blessing: a source not just of cultural vitality but also economic advantage.”

In 1970, after a violent clash between Chinese and Malay, the government of Malaysia issued The Rukenegara (national ideology), to articulate the common principles and goals of its people.  The first of these principles is “Faith in God.” Of course the process ongoing, as the Prime Minister noted in his address entitled, “Unity in Diversity”, “Our communities seem to have grown apart.  Our schools have become less diverse and our communities more polarized.”

For more information or to register for the Global Peace Convention 2013 visit: www.globalpeace.org