Experiencing One Family Under God in Downtown Seattle 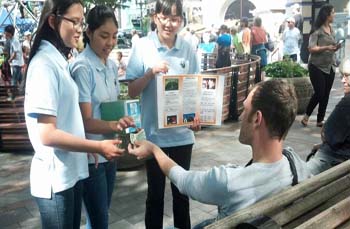 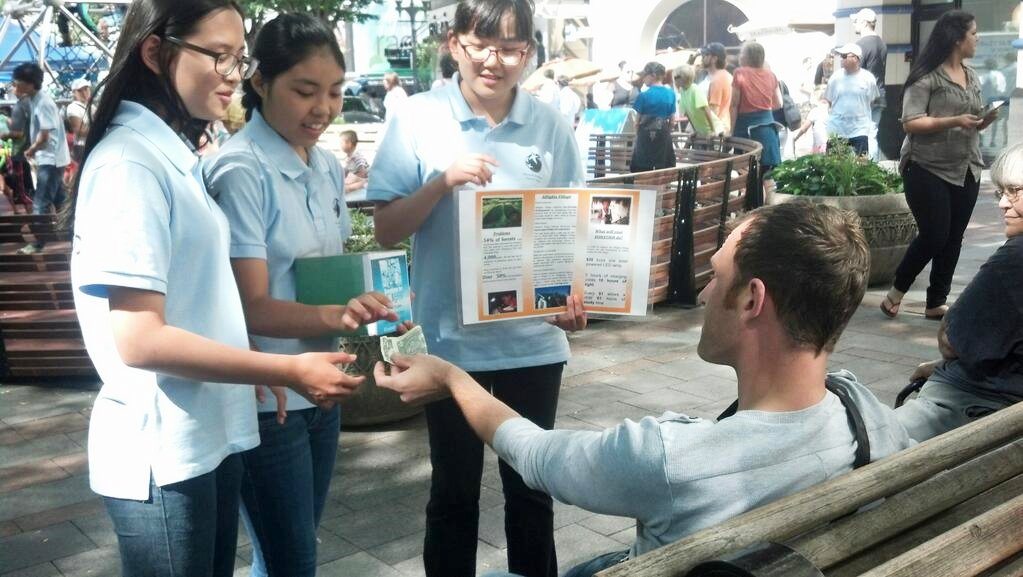 Eighty youth from the Philippines, Japan, Mongolia, Korea and the U.S. sang, danced and delivered speeches in the heart of downtown Seattle to raise funds for the All Lights Village project and promote the vision that humanity is connected as one family under God.

The Global Peace Youth Festival was held in Seattle, Washington on August 11, 2013 It was a part of the Seattle Westlake Family Fun Week, sponsored in part by the Downtown Seattle Association, the Metropolitan Improvement District and Seattle Parks and Recreation.

When asked what she hoped the people of Seattle would gain from the festival, one volunteer from New York said, “There are probably many people who believe in God, but they might not openly say it. Through this, they can see that there are people who are living for the sake of others because of God. I hope that by being here they can feel open to sharing.”

A Filipina representative expressed, “I hope people will be inspired by this chance to help people in the Philippines and around the world.”

Their moving renditions of the Global Peace Foundation theme song, “One Family Under God,” and Michael Jackson’s “We are the World,” got people to stop and donate.

Cardinal Rosales, Archbishop Emeritus of the City of Manila, and patron of the All Light Village movement once expressed, “Thank you for paying attention to the needs of our brothers and sister in those poor areas of the country. “

The small acts to support the rural villages in the Philippines were slivers of light connecting Seattle to developing nations across the Pacific in small but significant ways. Engaging people in service made the vision of One Family Under God tangible.

As a University of Washington student and local chapter member of the Global Peace Youth Corps, said, “I hope that they can share the feeling of love here and know that we are all one family, no matter what race, religion or nationality.”

The Lights initiative is a comprehensive development plan for rural villages in areas of the Philippines, Nepal, Mongolia and recently Kenya and Uganda. The primary organizer of the event was the Global Peace Youth Corps, a non-profit organization founded by Dr. Moon with the mission to educate young people to become future leaders with both moral and innovative capacity. It has undertaken All Lights Village as its signature international project.

For the original story visit: www.globalpeaceyouth.org