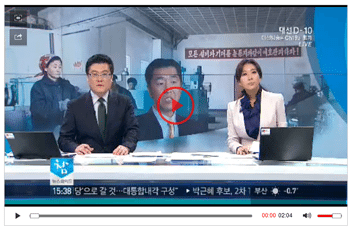 The situation on the Korean Peninsula has become a subject of the global community’s concern of late. From United Nations Secretary General Ban Ki-Moon’s remarks, to Pope Francis’ Easter message, the world is praying for reconciliation in Korea.

In December, Chosun Daily TV recognized two significant figures who have fostered relations between the two Koreas. Rev. Dr. Sun Myung Moon made history in December 1991, when he paid a visit to Kim Il Sung, in Pyongyang. It is said that that meeting opened the way for cultural  exchange, economic ventures and reunions for divided families. Dr. Hyun Jin Moon has continued his father’s work for North and South Korean reunification through the Global Peace Foundation. Last year GPF was part of launching Korea United, an effort that has brought together 350 NGOs together to envision and work towards Korean reunification. 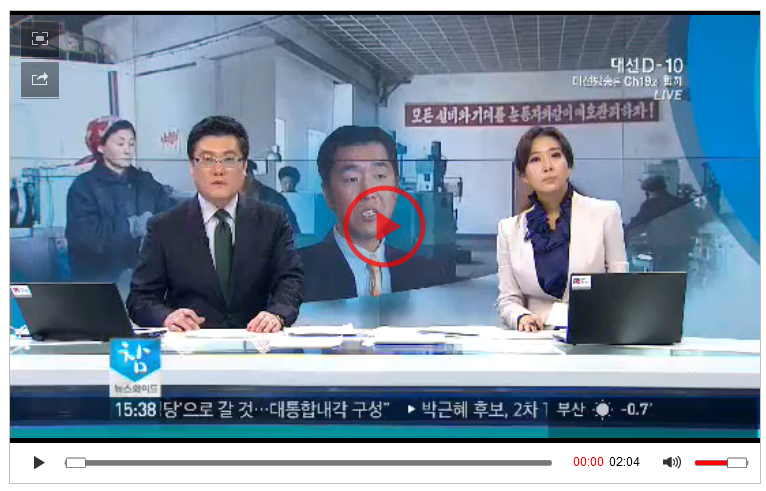 Below is an excerpt of the interview Dr. Moon gave during the Global Peace Convention 2012 in Atlanta, Georgia.

Q: Dialogue between North and South Korea has been severed. How can we resolve this complex situation?

A: Wait and watch. I’m grateful that the Korean people, especially the media, recognize the contribution of my father. He was the one who opened North Korea. Even though North Korea persecuted my father, looked at my father as a major enemy, Kim Il Sung told my father that he was the only one he trusted outside of North Korea.

This foundation is being driven locally and globally and I am recognized as the spiritual leader who is bringing together all people of faith. In order for unification to happen in Korea, there has to be trust established. Trust is essential.

Q: Is there less trust with the next generation?

A: When you have a whole new generation, you’re starting from a whole new footing. Absolutely. You cannot carry over Kim Il Sung and my father’s trust. Of course it eroded with Kim Jung Il. Kim Jung-Eun, same thing.

But, I believe in the Korea United initiative. I think there is tremendous power there. Especially if the Korean people take ownership, if this really becomes national movement that really moves, North and South Unity will be just around the corner.

And to me, that’s the only way that it can happen. If you look at even Germany, German Unification did not happen because Regan said, “Gorbachev tear down this wall” and Gorbachev started Perestroika. It was actually the German people, both east and west that moved towards unification of the German nation. That’s how it happened.

That’s how trust was established. So if you really want to see this happen, you need to get the people, both South and North, then the leaders will naturally follow the process that is already begun.

And that is one of the great thing about how we framed the Korea United movement. We’re talking about outcomes, we’re not talking about we need to get rid of this regime; we’re talking about outcomes for the entire Korean people. In terms of how that settles, you give room so that it does not become a confrontation issue. It’s non-threatening. That’s the power of the framework of establishing the outcome, and what are the principles and values that are going to lead you there. There’s a certain momentum that we can build.