Bridging the Human Family through Music 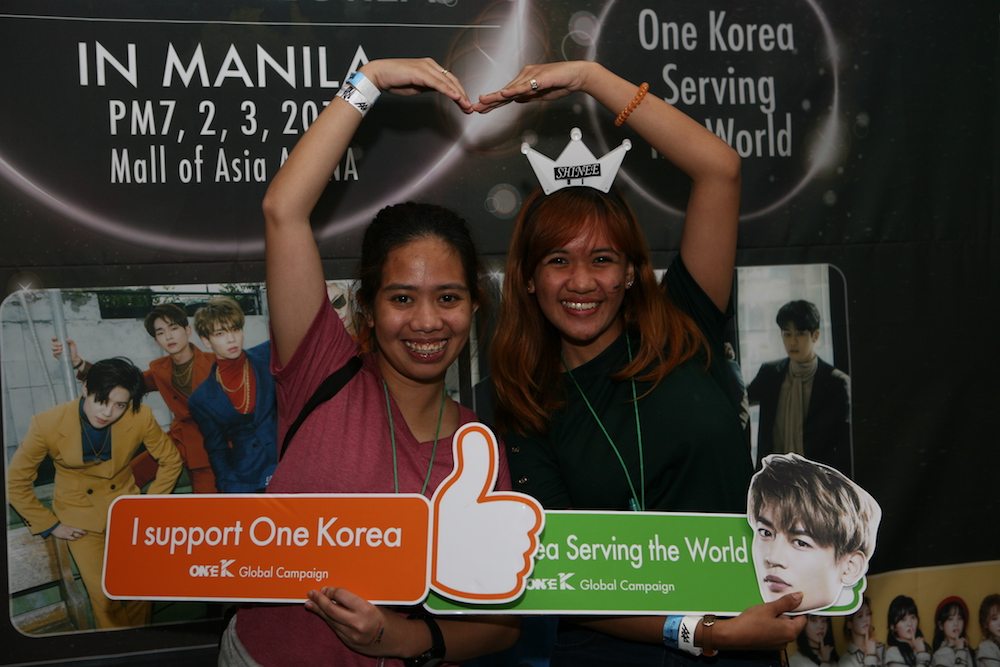 The opening words of Dr. Hyun Jin Preston Moon, Chairman of the Global Peace Foundation, shook the Mall of Asia Arena: “Are you ready to Dream? Are you ready to dream the greatest dream of all?” He was greeted by 15,000 K-pop fans screaming a resounding, “YES!”

The One Korea Global Peace Concert held on March 3 in Manila, Philippines, attracted both fans of K-pop and fans of the ‘greatest dream:’ a message of global peace starting with a reunited Korean peninsula.

In a time where the issue of Korean Unification has often been overlooked or met with apathy, the audience was reminded of the searing pain of separation for the families divided by the 38th parallel following World War II. The arena’s mega-screens featured the stories of families that participated in the extremely rare reunions, with the weight of longing and sadness balancing the joy of meeting a long-lost brother or granddaughter one had never known existed. Their stories drew tears from the audience, retelling the story of our common humanity and the unbreakable and unchanging depth of love found in the bonds of family. 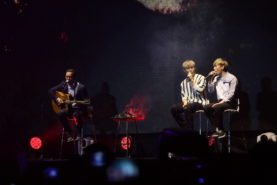 This theme of family would be brought up throughout the concert, along with the constant reminder that everyone, whether Filipino, Korean or any other ethnicity, cares about unification of the Korean people because we are all members of the same human family.

Amidst a lineup of high-energy K-pop songs, the pace changed for a brief moment with a heart-warming rendition of the famous song ‘Anak’ by Filipino artist Freddie Aguilar, performed by K-pop band BTOB members Seo Eunkwang and Im Hyun-Sik with Philippine actor Cesar Montano on guitar. The performance was a perfect image of cross-cultural unity, paying tribute to Korean-Philippine ties and highlighting the Philippines’ assistance to South Korea during the Korean War.

Anak, meaning “my son” or “my daughter” in Filipino, became an international sensation in the late 1970’s, translated into more than 25 different languages. In the 1980’s the song was number one on the U.S.A. billboard for two weeks. This is just another example of the transformative power of music that cuts across barriers of race and language, pointing once again that we are closer to each other than we think, no matter what country we call home. Inspiring hundreds of cover versions and even a movie, the Anak lyrics speak on the universal values of family; an unparalleled place of reconciliation, unity and love.

So why is the dream for a united Korea a dream for all people of all nations?

There are millions of borders drawn across paper and electronic maps, dividing land and dividing people. However, the borders that define our human family exist only in our mind. Reconciliation and unity is possible by the choice of people, of humanity and of family, not of governments or institutions.

Terry Lewis, Grammy-winning songwriter and co-producer of the newest Korean unification song with partner Jimmy Jam, spoke on the significance of the role and power of music in accomplishing world peace, saying, “I think music reaches right into the soul of someone. It doesn’t matter what language, doesn’t matter whether you are young, or old or where you are from. A great song can really uplift and provide the soundtrack for the people to do whatever it is they want to do.”

Music is a language that belongs to all nations, capable of spreading any message worldwide. The message here: One Dream, One Korea, One World.