Awakening the National Destiny of Service 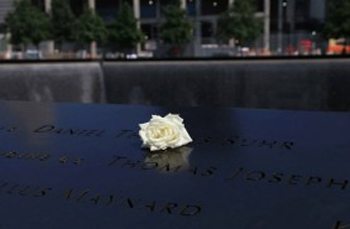 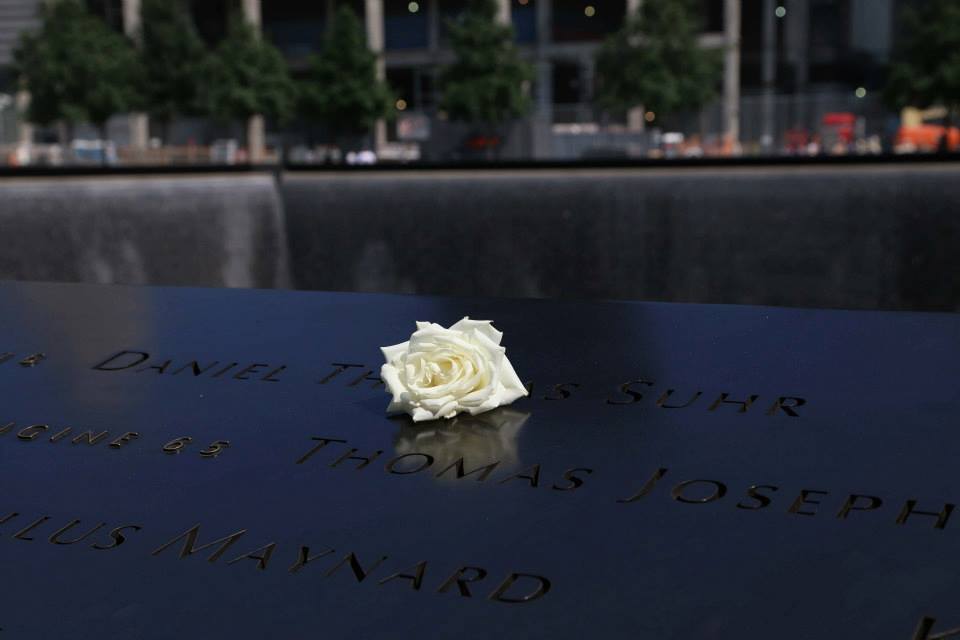 The footprints of the Twin Towers in Manhattan are now a memorial to the bravery and service of responders.

Even as the dust was still settling from the twin towers in Manhattan and the Pentagon in Arlington, Dr. Moon went on a 12 city campus tour to urge American young leaders to respond to the incidents of 9/11 not with violence, but with service, with love in action.

“I urge you to take the message of Service For Peace rooted in the ideal of living for the sake of others, to every single family and community in America and to every single nation and community throughout the world. If we do this, then the promises that arose from the ashes of Sept. 11 will not be wasted, for the true war against terrorism and conflict, in general, can only be won in the realm of heart. Only by breaking down the walls of hatred, vengeance and misunderstanding can the seeds of peace truly blossom. “

9/11 was a call to action for the American people to dig into their heritage of service to a greater purpose. It was a call for America to stand not just as an economic and military superpower, but a presence that brought the deeply divided human family together.

In his State of the Union Address in 2002, President Bush reflected on the events following 9/11. “In the sacrifices of soldiers, the fierce brotherhood of firefighters, and the bravery and generosity of ordinary citizens, we have glimpsed what a new culture of responsibility could look like. We want to be a Nation that serves goals larger than self. We have been offered a unique opportunity, and we must not let this moment pass.”

A recent post on the www.globalpeace.org on the Global Forum on International Service hosted at the World Bank pointed out that service has been and continues to be a crucial part of America’s heritage and national destiny. 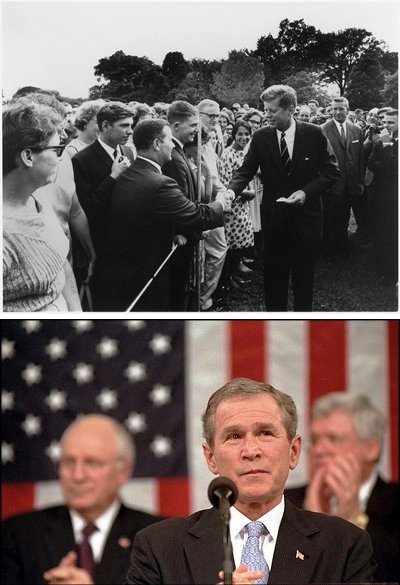 Service has been a integral part of America’s heritage.

The final lines of the Declaration of Independence calls on the citizens of the newly formed nation to, with reliance on Divine Providence, “mutually pledge to each other our lives, our fortunes and our sacred honor” to support of the declaration. The Independence war was fought largely with volunteers, farmers, bricklayers, and smiths, who put down their tools or trade to pick up muskets to fight for their liberty.

And although many calls to service were military, in 1960, President Kennedy made a national call to philanthropy and volunteerism as a means to fight back the spreading Cold War. Subsequently, Kennedy created the Peace Corps, a corps of volunteers who were America’s new ambassadors of goodwill to the far corners of the world. Service became the new form of diplomacy and peace-building.

The war against terror has yet to be won, as ethnic, cultural, ideological and religious divisions still spark conflict. Yet, the service movement continues to grow.

As the anniversary of 9/11 nears, it is good to make a renewed commitment to service, beyond one’s family and community, to include one’s global family and community. Service is a universal connector for it touches a deeply spiritual core in each person.