African Leadership Mission to Define a Shared Vision for Africa 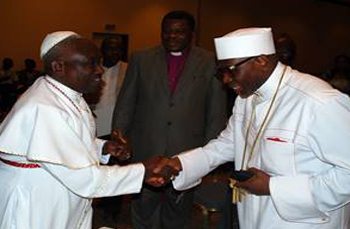 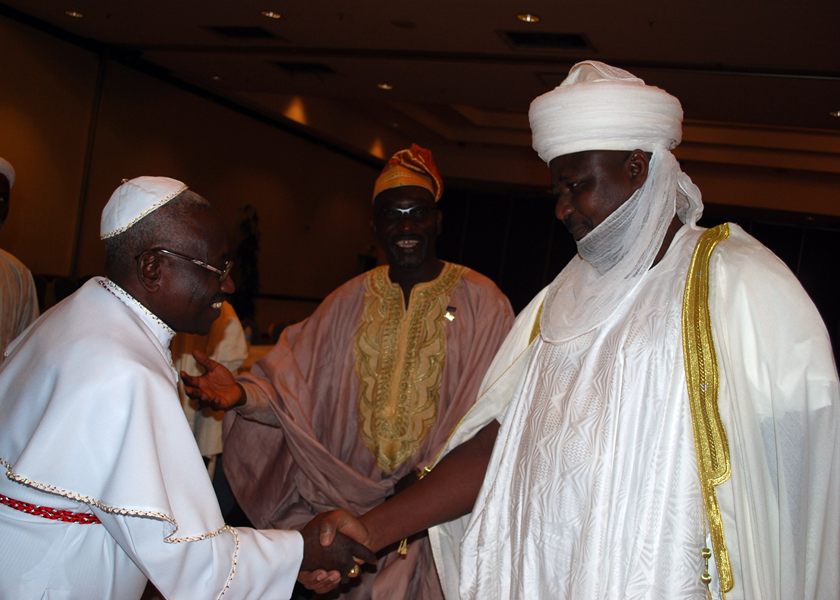 The recent high-level consultation held in Nigeria for religious and tribal leaders in May 2013, “The Role of Religious Leaders and Traditional Rulers in Building a Culture of Peace, National Unity and Integration,”

The Global Peace Foundation announced the regional  Global Peace Leadership Conference will be held on November 7-9 in Abuja, Nairobi.

Africa is at a turning point where she has the potential to become a leading force in the world. The Global Peace Foundation notes that International Monetary Fund reports six of the fastest growing economies in the world are in Sub-Saharan Africa. Moreover, Africa has the potential to set precedents in numerous areas: technological and social innovation, ethnic and religious cooperation, regional peace and development.

However, to harness this potential for the benefit of all people of Africa and the world, Africa needs a shared vision rooted in principles and values to strengthen the alliances within the African Union. A vision that defines a dream for all of Africa and how she will contribute to humanity.

The richest resource of Africa is her people, yet it has not been fully cultivated. Without a common vision, differences have become the reason for the most heated and violent conflicts on the continent.  That which makes Africa’s population rich, the span of human culture, race, and religion represented, has instead been a deficit.

The upcoming Global Peace Leadership Conference will be an opportunity for leaders from every sector of Africa: religion, academia, politics, civil society, to come together and forge a common platform upon which they can form proactive partnerships to address the challenges in Africa, like ongoing sectarian violence and religious extremism, development, health and education.

A major outcome of the conference will be the launch of an African Leadership Mission, similar to the Latin American Presidential Mission that was launched at the Global Peace Convention in Atlanta in 2012.

The Latin American Presidential Mission has presented a model of cooperation based on a common vision, principles and values in pursuit of greater hemispheric cooperation and sustainable development and security. The Mission has converged former and current presidents, policy thinkers and grassroots activists with a common commitment for a hemispheric awakening. To date it has hosted forums and conferences to deliberate on some of the most pressing issue of Latin America like good governance, development, justice and the right and integration of underrepresented sectors like youth and women. It has also create a space where current leaders can mentor rising leaders, bringing their wisdom and experience to guide the younger generation’s innovation and ambition.

An African Leadership Mission would bring together a powerful network of moral and innovative leaders who can lead Africa in an unprecedented era with a common vision for the continent that would bring reconciliation and peace. It would secure prosperity in the four corners of the African continent, from the Sahara to Cape of Good Hope and from the Ivory Coast to coasts of Zanzibar, and present a new model of regional development based on a common and universal aspiration for peace.

To read more on the upcoming conference or to register visit: www.globalpeace.org