A Return to Fundamental Values

Recent events have reminded us that global challenges are manifested in heart-wrenching realities. In the United States, 26 children and teachers were killed at an elementary school by a gunman who eventually took his own life.  In Iraq and Pakistan, bombings claimed the lives of dozens of innocent citizens. Each casualty is a brother, sister, mother, father or child to someone.

However, pain is not isolated to one country or even one point in time. Chief Robert Joseph of the Kwakiutl Tribe, who was part of a sacred healing circle at the convention said, “We are one. Your story is our story.”

But, how does one even begin to address these overwhelming events?

Such tragic and debilitating incidents confound our sensibilities and defy explanation.  In struggling to make sense of things, it is necessary to return to fundamental questions of value and ethics. 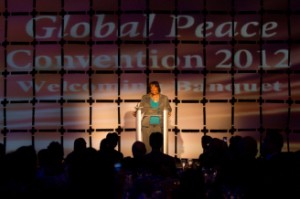 Bernice King spoke on her father’s spiritual mission at the opening banquet of the Global Peace Convention 2012.

Such was the case fifty years ago, when Dr. King led a movement to challenge centuries of racial segregation and oppression. His daughter Elder Bernice King said of that movement, “It was a spiritual movement that he led that impacted civil rights.” She described her father’s work in the following way, “He reminded us that we are at a very critical place in the world; that we must have a radical revolution of values; that we must rapidly become a person-centered society, rather than a thing-oriented society.”

In his current work for peace, Dr. Moon has said, “A shared spiritual vision for humanity is the objective needed for these challenging times.”  He has called for a “new framework” based on the simple but profound idea that all human beings, regardless of race, ethnicity, nationality, are all a part of one family under God. At the convention, he called on each person to give substance to these shared values in their work for peace throughout the world. 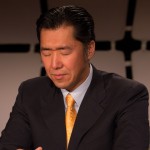 Dr. Moon calls for a reawakening of fundamental values and principles .

It was clarion call for a 21st century Great Awakeningthat galvanizes the community of righteous and faithful people – who Elder King called, “the chosen ones” – and that lays out a “path not only for American renewal but for a hemispheric and even global awakening that will offer a new perspective for peace and harmony in our time.”

This will be a catalyst for a transformation that can resolve the agony of the present and build a better future.

This post is credited to Jim Flynn, Senior Vice President of the Global Peace Foundation.