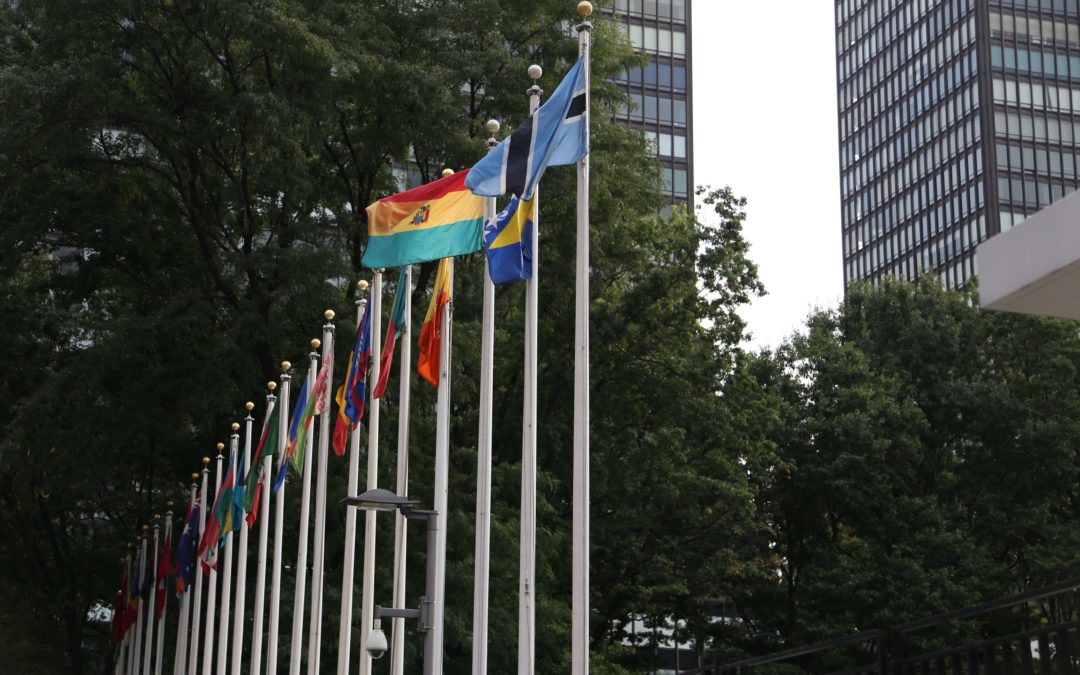 The American dream led the United States to prosper and inspire other nations throughout its short history. After the end of the Second World War, this dream was the inspiration behind the US effort to create the United Nations.  –Dr. Hyun Jin Preston Moon

October 24 marks the anniversary of entry into force in 1945 of the UN Charter, officially establishing the United Nations.

Since then, the global community has made great efforts to elevate the human condition through political, diplomatic and economic frameworks that address the symptoms of an ailing humanity, such as poverty, disease, environmental degradation, conflict and war.

For years, Dr. Hyun Jin Preston Moon has advocated for the importance of the UN and a revitalization of a UN dedicated to upholding interfaith collaboration and moral and innovative leadership based on universal principles and values to tackle the modern challenges threatening peace today.

The American dream led the United States to prosper and inspire other nations throughout its short history. After the end of the Second World War, this dream was the inspiration behind the U.S. effort to create the United Nations.

Yet, under the dark cloud of the Cold War, the true source behind those rights and liberty that nations with western-style democracies took for granted was not fully acknowledged.

After the counter-cultural revolution of the 1960s, a secularization of human rights and freedoms occurred in the West, especially in the United States and Europe, where faith and spirituality were slowly removed from the civic square.

Nevertheless, everything changed after September 11, 2001. In our post-9/11 world, where radical expressions of faith embrace the tactics of religious war, the need to mitigate the divisiveness of narrow religious advocacy becomes all too obvious.

It is clear that a broader consensus on a spiritual platform rooted in aspirations, principles and values is urgently needed to stop the trend towards a global religious conflict. The United States has already established a model, on a national level, where religious freedom is one of many guaranteed rights afforded to every American citizen. Yet, this ideal is not recognized or accepted by many nations in the international community.

Ladies and gentlemen, it is time for us to dream big and adopt a global vision rooted in spiritual aspirations, principles and values. It has to have the breadth and the scope to transcend all the barriers that separate humanity and build a common identity without diminishing the unique attributes that each one of us exhibit and cherish.

It also needs a national advocate that can communicate this vision to the larger global community. I believe that that vision is “One Family under God” and that a united Korea should be the champion to advocate that vision around the world.

Today, on the 72nd anniversary of the founding of the UN, commemorating the men and women of the Peacekeeping forces who have striven to make the dream of a world free from the “scourge of war” a reality, let us seek common ground through sharing this powerful vision that can unite humanity and finally bring peace.