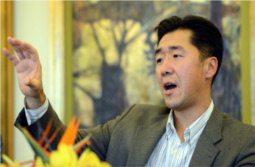 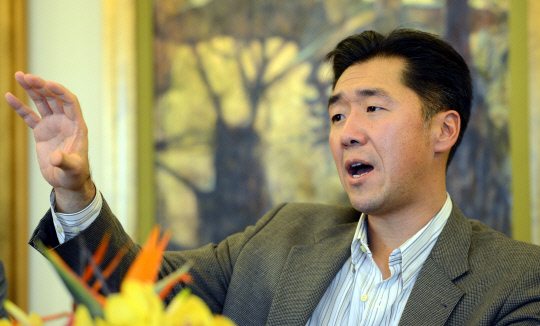 Kyung Hyang Newspaper sent a delegation of reporters to cover the Global Peace Convention 2013 in Kuala Lumpur. With other journalists they were able to sit down with Dr. Moon and get a closer look at his perspectives on interfaith, development, Korea and peace. The following is a translation of an article published on December 11, 2013.

The Global Peace Convention is an international platform hosted by a non-profit organization Global Peace Foundation, to generate innovative solutions to conflict resolution and peacebuilding through workshops and sessions that engage entrepreneurs and government and religious leaders from a significant number of countries around the world. The 5th annual GPC was held in Kuala Lumpur, Malaysia this year, following GPC 2012 in Atlanta, USA, GPC 2011 in Seoul, Korea, GPC 2010 in Nairobi, Kenya, and GPC 2009 in Manila, the Philippines.

GPF and Malaysia’s Department of National Unity and Integration co-hosted the annual GPC at the Shangri-La Hotel Kuala Lumpur from the 5th to the 8th of December 2013.

“All the great religions teach peace. However, in reality conflicts emerge and violence and killing is justified in the name of religion. Religious conflicts are a critical problems that needs to be addressed as soon as possible,” Dr. Moon said. “A faith-based movement guided by the vision of One Family Under God can resolve the issue of religious conflict.”

Dr. Moon cited statistics to make his point. Studies show that nearly 80% of the world’s population belongs to a certain religious order or organizations. Close to 95% of the 7 billion people in the world believed in the existence of a divine being. Dr. Moon stressed that when humanity realizes that even with different names, the God they serve is ultimately the same, it will be able to live as one family. 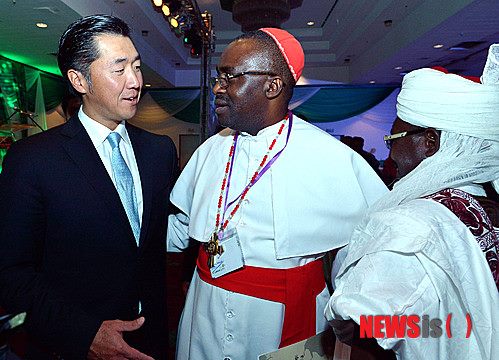 Dr. Moon described the impact of interfaith activities in Nigeria. “The Nigerian population is divided equally into two groups by religion: Christian and Muslim. Until recently, Nigeria has been able to maintain relative peace, but conflicts stirred by religious extremists have broken out. A faith-based campaign based on the vision of ‘One Family Under God’ has brought together religious leaders: Catholic Cardinals and Muslim Sultans.” Dr. Moon said, “The United States State Department has been dealing with the War on Terror and the conflict in the Middle East. They’ve expressed interest in this campaign.”

“A faith-based Peace Council at the United Nations would create a system to support faith-based movements around the world on an international level.”

Dr. Moon also expressed, “A faith-based Peace Council at the United Nations would create a system to support faith-based movements around the world on an international level.” According to Dr. Mon, the current UN was formed in the midst of opposing ideological blocks of the Cold War Era. “A faith-based Peace Council should be founded within the UN organization,” said Dr. Moon forthrightly. “An awakening for peace should spread across the world centered on regional religious leaders.”

“I do not see the fact that the Secretary-General of the United Nations and the President of the World Bank are Koreans as mere coincidence.” Dr. Moon said. ““Koreans have experienced the Korean War and territorial separation. They are well aware that development cannot take place without peace and stability… There are many problems in the world, but the religious issue threatens humanity’s very existence. I will continue to advise the UN to place the issue of faith at the top of their priority list,” he said.