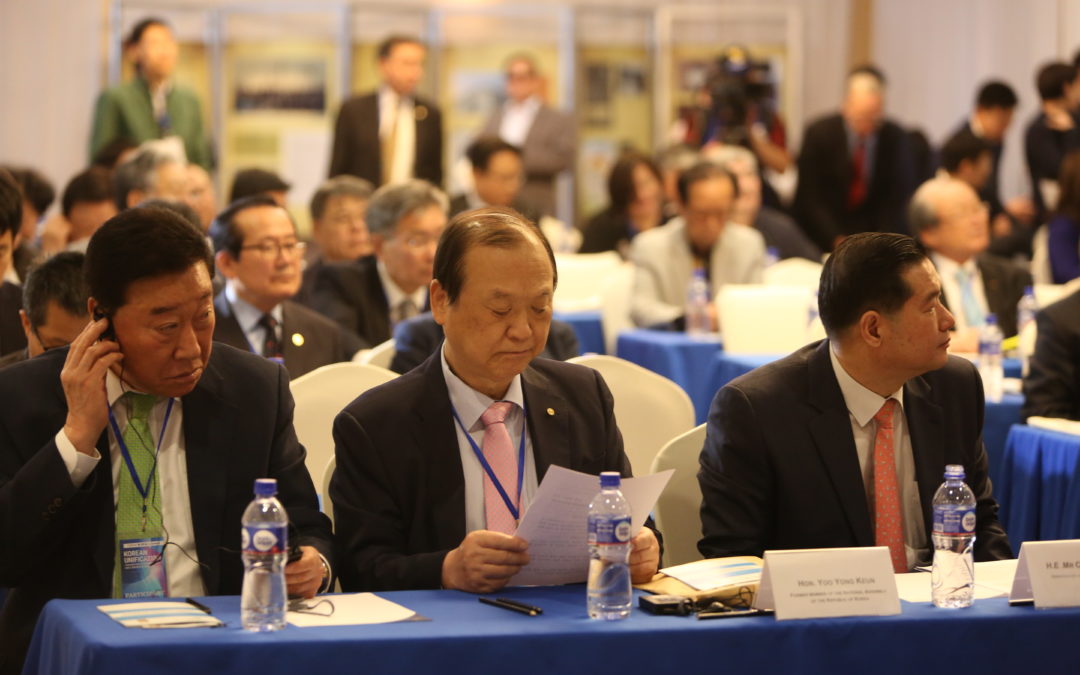 At first glance, the Mongol-Korea connection is not immediately obvious.

But, the two nations have had relations that can be traced back through millennia and, with this, it carries a promise for the future of Northeast Asia.

Their ancient histories intersect, sometimes as rivals and other times as allies. Ongoing connections between Mongolia and Korea have long been supported by shared cultural similarities such as their Ural-Altaic lingual roots, the blue Mongolian birthmark, and strong extended family bonds.

As one of the earliest Communist states, Mongolia established diplomatic ties with North Korea in 1948. They have been able to maintain these relations, even after transitioning to a democratic, free-market state.

Mongolia has shown genuine concern for North Korea, even while taking a strong stance against nuclearization and human rights violations. A case in point is the audacious speech delivered at Kim Il Sung University in 2013 by the then-President Elbegdorj. In front of top North Korean officials, he openly stated that the state should protect and honor the fundamental human rights of its people, also proclaiming “No tyranny lasts forever.”

Mongolia’s own journey holds many lessons for what may lie ahead for the region as a whole.  Its peaceful transition from a near-nuclear, communist state, to a democratic, open market, and denuclearized state merits close examination. Alicia Campi, founder of Asia Politics and History Association, said, “Mongolia has a lot to offer in Korean reunification.” She was attending a recent forum in Ulaanbaatar exploring Mongolia’s role in de-escalating tensions and fostering regional trust, co-organized by the Global Peace Foundation and other partners like the East-West Institute, the Mongolia Forum for Korean Unification, and the One Korea Foundation.

Moreover, Mongolia has had full diplomatic ties with South Korea since 1990. The first President of Mongolia, Ochirbat, visited South Korea where he proposed joint development projects and incentives. Today, there are about 30,000 Mongolians studying and working in South Korea, roughly one-fifth of the total number of Mongolians living overseas.

Professor Jin Shin, professor of Political Science and Diplomacy at the Chungnam National University commented that most of the students from Mongolia who graduated from his university’s Bachelor’s, Master’s or Doctorate programs return home to become college professors, civil servants, and journalists. He was also attending the international forum on Korean reunification in Ulaanbaatar. These civil society links between Mongolia and both of the Koreas could and should play an important role in advancing the process for Korean unification as well as peace and development of the entire Northeast Asian region.

The friendly relations between Mongolia and the Koreas offer the international community a critical platform for engagement that is necessary to move things forward. Shortly after the Trump-Kim summit in Singapore, Mongolia hosted the fifth International Conference of the Ulaanbaatar Dialogue, a platform proposed and supported by the Mongolian government to foster dialogue among stakeholders for peace in the Northeast Asian region.  It was reported that Japanese delegates were able to informally meet with North Korean representatives during this last symposium.