“The best way to reform mankind is through education of the children.” ~Dr. Manu Chandaria 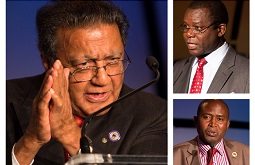 Two weeks ago, UPI reported on three Kenyans in Atlanta who assured, “Kenya next year will avoid the ethnic violence that tore the country apart during the 2007 elections.”

The statement references painful memories of post-election violence in 2007-2008 that Hon. Alfred Khangati said, “Brought our economy to its knees.” 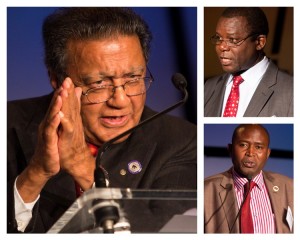 Over 1,200 deaths were reported. Tens of thousands more were displaced. Much of the violence was concentrated in the Rift Valley, a province outside of the capitol of Nairobi. Later studied traced the violence to long-standing social injustices, deep seated ethnic animosities,  and tribal divisions.

These men, Hon. Alfred Khangati, a minister from the Office of the President of Kenya, Mr. Daniel Juma Omondi, Chief Executive Officer of Nairobi’s Global Peace Youth Corps Kenya and renowned businessman and philanthropist Dr. Manu Chandaria, are approaching peace not just through politics and economics; but with the principles of peace and social cohesion. They were in Atlanta at the Global Peace Convention 2012 to present the best practices of the Rift Valley Peace Initiative.

Although it was officially launched in April of 2012, the Rift Valley Peace Initiative has been working on the ground since 2007 to address the root causes of the post-election violence. Dr. Chandaria OBE, EBS, chairman and CEO of the Comcraft Group, and member of the Global Peace Council, is a key player in the initiative. Dr. Chandaria has helped rebuild two primary schools in Mutate and Sasamua which were burned down during the riots, and is a patron of the National Youth Summit series. He explained his approach to ensuring peace, “The best way to reform mankind is through education of the children.”

The National Youth Summits are seeking to do just that. The summits are empowering Kenyan youth to take personal responsibility for their country’s future. The workshops are training the youth to be peace-builders. Young leaders are being equipped with vision, values of moral leadership, and skills such as communication, reconciliation and conflict management. This type of youth engagement is unlike 2007, where according to Mr. Omondi, unemployed youth were paid to incite violence. “Young people threw the stones,” said Mr. Omodi. 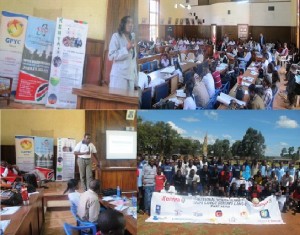 The National Youth Summits are empowering youth with character and leadership as well as engaging them in the civic process.

Last week the Nation Youth Summit convened for youth from the coastal region of Kenya. The regional summits are leading up to a National Youth Summit to be held in January 2013, prior to the elections. On December 19, Dr. Chandaria facilitated a meeting where the Intergovernmental Authority on Development (IGAD) signed an MOU with Brand Kenya to sponsor the National Youth Summit.

Other efforts such as the East Africa Peace Service Corps (EAPSC) are addressing the issues of youth unemployment and education through volunteerism. During the Africa Conference on Volunteer Action for Peace & Development where the EAPSC was launched as part of the Volunteer Peace Corps, Dr. Chandaria said, “we need to change the mindset from one of what is in it for me, to one of service.” Dr. Chandaria explained that volunteerism is the “basis of our happiness,” and the means through which “to take action for peace and development.”

On December 17-18, the Kenyan Parliament and Kenya Private Sector Alliance convened the Speaker’s Round Table conference to deliberate Kenya’s preparedness for the general elections expected in March next year.

The event was streamed live on Kenya’s NTV. Current Kenyan president Mwai Kibaki said, “No fight will provoke or do any good for you. It is the best thing we can do for our nation to have a peaceful election.” Prime Minister Raila Odinga, meanwhile, urged sobriety in the political campaigns and Vice President Stephen Musyoka pledged, “This election will be peaceful.” The Chairman of the Independent Electoral and Boundaries Commission (IEBC) Mr. Issack Hassan appealed to the youth. He said while his commission was ready to deliver a free, fair and credible elections, it is up to the Kenyan youth to help.

Top commenter on NTV’s report of the Speakers Roundtable wrote, “ULTIMATELY it’s the ordinary Kenyan who makes the decision either to refuse to harm a FELLOW Kenyan for the sake of politics or to do so.” 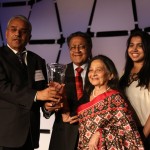 With the emphasis on vision and values, programs like the Rift Valley Peace Initiative and the East African Peace Service Corps  are educating Kenyans to make good decisions.

Dr. Chandaria and his wife Mrs. Aruna Chandaria were awarded the Global Peace Award for Exemplary and Innovative Philanthropy for the extensive work they have done to enhance the quality of life for Kenyans.

UPI and NTV reports were referenced in this story.