The Spirit of Tae Kwon Do

A dozen children clad in white uniforms form orderly lines as they practice the front kick. Master Cho, with an ever-present grin, paces back and forth, correcting his students. 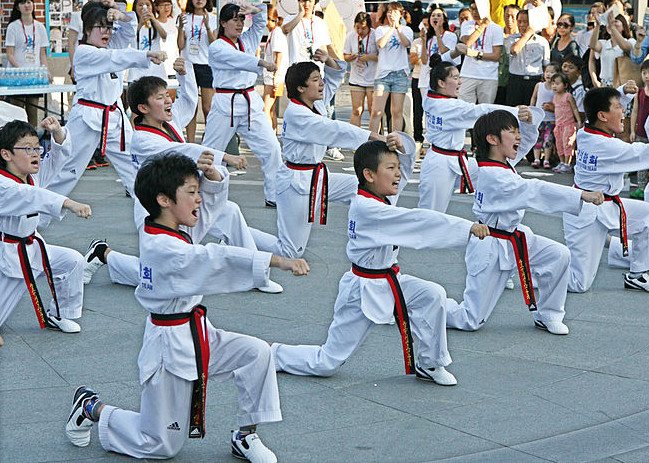 This small dojang, or practice hall, located in western United States is an ocean away from the Fatherland, but it is here that Korea’s 5,000-year spiritual legacy of Hongik Ingan comes alive each week.

Master Cho’s students know that when they bow before crossing the threshold to enter class, they are agreeing to abide by the code of ethics which Master Cho calls the “spirit of Tae-Kwon-Do.” Every action and every lecture inculcates the students with this spirit. Students learn how to punch, kick block, and wield foam and plastic weapons; each skill is a physical manifestation of deeper values connected to the tradition of Tae-Kwon-Do.

At the start and end of every class, students recite pledges that affirm the values of the “spirit of Tae-Kwon-Do”:

The students learn to embody these values through the relationships they build in the dojang.

These students are not his children, but there is a sense of family here. Master Cho teaches them how to show respect towards him as their teacher and acts much like the clan head of a diverse extended family. They must thank him and bow at the start and end of every class. They listen attentively and address him as “sir” or sabanim.  He carries authority, but also the responsibility to raise his students to become masters over themselves and heroes in their communities.

Senior members of the dojang learn they are the link between Master Cho and the lower-belt students. They are told to be the best expressions of the spirit of Tae-Kwon-Do. When Master Cho gives directions, they respond, “Yes, Sir,” more quickly, louder than anyone else. Even a 12-year-old red belt is remarkably focused on keeping the lower-belt students in straight lines. Master Cho expects these assistant class leaders to explain protocol to new students, run drills with smaller groups, and coach younger members in correct form and basic skills. 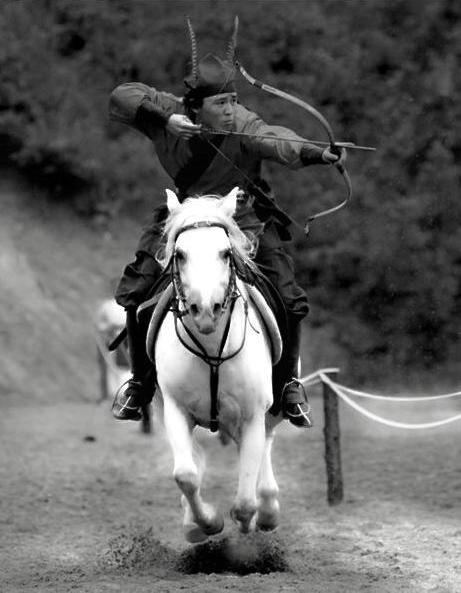 Modern depiction of a Hwarang Warrior from the Silla Dynasty. Photo from Korean War Museum.

The concept of community in this small school is a little different than what is normally seen in a larger institution.  While there is a clear hierarchy among elder and younger students, the positions are bound together through a deep sense of respect, responsibility and interconnectedness, similar to an extended family culture. The growth and well-being of every student is intimately connected to the collective prosperity of the school. Master Cho encourages the students to champion this culture in their homes and schools.

The history of Tae Kwon Do dates back as far as the flower princes of the Silla Kingdom who trained warriors of other Kingdoms to become fearless defenders of their country; the highest examples of the virtues of their kingdom. Thousands of years have passed since the Three Kingdom period of Korea, but aspects of the spiritual legacy remain alive in beloved communities like Master Cho’s.

Perhaps we can realize this truth even beyond the Demilitarized Zone of the 38th parallel that currently divides the two Koreas. In awakening to this and in uniting the divided people of Korea, we hope to create a model nation that can bring peace and benefit to all humanity.