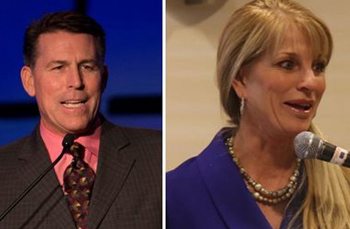 Rev. Anthony A. Schller delivered the following message at the Global Peace Convention 2012 in Atlanta. Rev. Schuller served as co-chair of the convention. He is also a member of the Global Peace Leadership Council and co-chair of the Coalition for American Renewal. His simple message? When asked to help to world peace, the only acceptable answer is, “Yes.”

In 2007, I was asked to meet with this gentleman. His name was Preston Moon. And I said, “Let me see if I can work it into my schedule.”  I managed to invite him to my office.

He came with about 15 other people. He shook my hand. And I was very impressed by this young man. He started telling me about, “One Family Under God”. I thought, I appreciate this, I enjoy this. And he introduced me to all the other people around that he came with. They were very involved in creating peace internationally around the world.

And I thought to myself, “That’s nice. That’s good for you, but what does it have to do with me?” Then he said, “I want you to come to Brazil and participate at our event there, and speak at our event”.  I thought for a moment, “I don’t have time to do that. We don’t have any offices in Brazil.  I’m busy with this ministry. I’m doing all these things, how could I possibly do that?”

I can’t see too much, so I’m just going to have to believe that there are people out there. All I can see are the bright lights. So, I’m going to ask a question, and I’m not going to know the answer, but, “How many people are here for the first time?”  This is for everyone, not just for me. So, if this is your first Global Peace Convention, I want everyone to see how many new peo

Thank you for that feedback. I appreciate it.

I came to my first one, just like you did. That was in December of 2008, because I couldn’t say, “no” to world peace. I had to say “yes”.  I think shortly after that, I had an amazing time, I met Bishop Ferreira there. He had a convention room filled with about 20,000 screaming, wild, insane young people. And I was supposed to speak. I was at the podium. There were about 200 people at the podium. Nobody knew who was supposed to be speaking, and I spoke anyway.

Well, after that, I was asked to become a member of the Global Peace Leadership Council. And what do you say when somebody asks you to participate in helping to create world peace? “Yes!” That’s all you can say, you have no choice, you have to say “yes”.  So I said, “Yes.”

So by 2010 I was a member of the Global Leadership Council, and I continued to participate in events. I think it was two years ago that I met Emmanuel. Was it in Mongolia we met for the first time? Yes, it was Mongolia. And since then, he was asked if he would be the co-chair in Atlanta. And what do you say to world peace? “Yes!” I was asked if I could be the co-chair, and what did I say? “Yes.”

Then I was asked if I could be the chairman for the Coalition for American Renewal.  And what do you say? “Yes.” Period. End of story.

He was asked to be the co-chair. What did he say? “Yes.” What do you say when someone asked you to help for world peace? You say “yes.” Where is my son? He’s out there somewhere. I can’t see a thing. I believe he’s in that area, Anthony if you can stand so they can see you. So, I’m assuming by the applause that he stood and you all saw.

So this is a group, and organization which started very small. It started in 2008 when Preston came and talked to me, and there was a hand full of people there, and we started this thing, and it has been going on for many years. And it’s a combination of a lot of people doing a little.

As you have a lot of people doing a little, that little becomes much.  To the point that it becomes a tsunami, and that’s our goal: to create a tsunami of peace that is going to sweep around the world and just take everyone in with the love of God. Because we are all brothers and sisters together. We are one family under God.

And again, I just want to thank you and welcome you to this wonderful place. And you know the answer when you’re asked the question, the answer is, “Yes.”