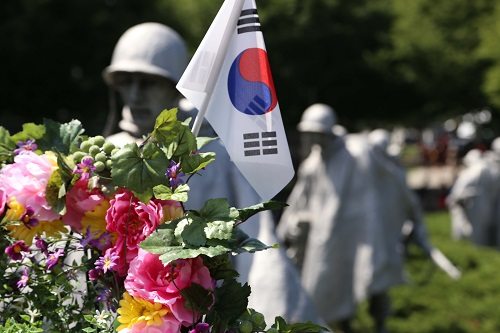 The chorus of the “One Dream, One Korea” song written during the launch of the One Korea Campaign in 2015 sings “we want to be a family again.” This theme is not a new one and has always been a part of the push for Korean reunification throughout the last 70 years of political division. Koreans have always been – for the most part – conscious of the ideal of reunification because there has always been the sense that they are literally two halves of the one Korean family.

The chorus of the “One Dream, One Korea” sings “we want to be a family again.”

Yet when it comes to the issue of unification itself, there has always the temptation to make Korean reunification about military, political or economic power, with winners on one side and losers on the other. This comes from the faulty notion that unification is about political, military and economic matters and the people should not worry about things “above their pay grade.”

Until recently, the people had taken up this attitude and there had even been an alarming trend where some had started to believe unification was unimportant or even undesirable.

Fortunately, we see the turning of this tide wherein people are beginning to see that unification cannot be left to political and military leaders alone. The expanding coalition of civil society groups working for Korean unification, Action for Korea United (AKU) now boasts over 850 partner organizations.

While each group is focused on their own particular areas of strength or interest, the coalition is held together with the commitment to build a nation that can manifest the “Korean Dream” to “bring benefit for all humanity.” It is easy to lose sight of the significance of such a vision-based coalition quite simply because vision needs to become a reality for people to grasp it.

It becomes helpful then to study the importance of vision in successful nation-building models in history. Scholars have studied and observed that the success of peoples and nations in becoming more than just a momentary military, economic or political victory hinged on there being a common vision to held the people together as one. Both the rise and fall of the Roman Empire, and similarly the rapid rise and collapse of the Mongol Empire and others were caused not from without but from within – from an erosion of a common vision, shared values and the corresponding attitudes, habits and behaviors – that led to the dissolution of the strongest of armies and nations.

When people of an empire no longer understood their connection to one another as a part of a bigger polity, empires quickly dissolved into feuding tribes and smaller nation-states. This is best explained in an oft-repeated quote from the Bible that states, “without a vision, the people perish.”

This lesson is incredibly significant in the effort to build a nation out of a situation where the people have long been divided by ideology, politics, economics and more.

Koreans are – in every respect – one people, one family and they belong together. Moreover, it has always been part of the Korean identity that theirs was an aspiration to be a people that can serve all humanity. When this vision can be ingrained in the minds and hearts of the people, it renders all the political, economic and military aspects of the divided peninsula as mere details to be worked out.

In this time of rapid political change in both the North and the South, we must not lose sight of this guiding ideal.