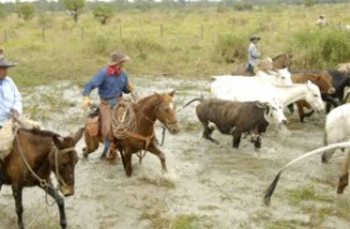 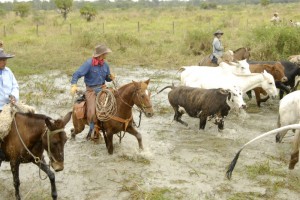 The commitment that people make within themselves is the first step to become an owner because ownership can’t be forced.

Ownership can’t be forced. You have to decide to take ownership.

The same is true with animals. Horses never learn if you force them against their will. You have to create experiential   learning opportunities where they can own the lesson.

For example, you can’t force a horse to cross a river. If a horse has never seen a river before, it will naturally hesitate when you approach the water. If you yell and force him to cross he will associate the river with his fear. If you continue to fight him every time he stays back, the horse will never cross the river on his own.

Horses shy away when they are scared.  Many grazing animals are like that—their first instinct is to run from potential predators. But once a deer feels safe, it will stop running and try to figure you out.

So, don’t push your horse when he hesitates. Instead, gently nudge him forward. Give him time to realize that the river won’t hurt him. When his body relaxes, you can urge him forward a couple more steps. When he feels safe, his curiosity will eventually take over and he will cross on his own. This horse won’t be scared the next time you come across a river. He has owned the experience that rivers can be crossed safely.

The same is with vision and principles, they cannot be forced, but have to be owned through experience.  You have to make the commitment yourselves.