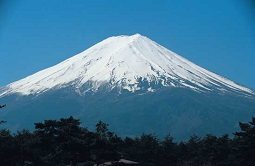 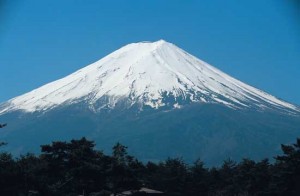 I believe that is why we are here in this nation of Japan. If the Japanese people once again can capture a sense of destiny, Japan is positioned to accomplish great things.

The Global Peace Leadership Conference in Japan posed the question, “What type of leadership does this nation of Japan need at this critical time.”  It was an important opportunity to address the historic and recent past, and look forward to the future of Japan and the surrounding communities in Northeast Asia and the Pan-Pacific Rim.  Here is the first part of four segments of his address.

Moral and Innovative Leadership for Japan

Esteemed guests, illustrious speakers, we are truly standing in a historic moment. What we do today will determine the future of not only this nation’s destiny, but the destiny of the Asian continent, and the world.

This nation is blessed with a great gift, its people. They have been the bedrock, the foundation of this nation.

The ancestors of this nation transformed this nation from a feudal state into a modern state within one generation. In the latter part of the 19th century, it became the only Asian nation that was recognized as a world power by European. Sadly, there were unspeakable tragedies that took place. But it does not point to the fundamental character of the Japanese people. They were misled.

The fundamental essence of the Japanese is captured by how they lifted themselves up from its war torn remains. The people pulled Japan up to be, at one time, the second largest economy and how the third largest economy in the world. This nation has always been a nation with a sense of purpose, a sense of direction, a sense of destiny.

Yet, as a fellow panelist pointed out in his remarks, recently there has been such a rapid transfer of political leadership in Japan. Even diplomats from foreign countries do not know who the next leader of Japan will be.

This nation seems to be adrift on the sea without its original sense of purpose, sense of direction, sense of destiny. It does not know how it will make its mark in the future, not only for its own people, but for Asia and the world. How can such a nation with such a proud legacy be a nation today that is adrift in the world with no sense of direction and purpose?

I believe that is why we are here in this nation of Japan. If the Japanese people once again can capture a sense of destiny, Japan is positioned to accomplish great things.

The challenge was posited by the same panelist and professor that leaders need to step up and set a new precedent for a national destiny that encompasses the greater global community. I would like to challenge esteemed Japanese leaders and scholars to think out of the box.

Rope off your platforms to a vision that recognizes our common humanity and the common destiny of Japanese, North and South Koreans, the people of Northeast Asia and the world. Let us build a better future for our entire human family. This is the sense of purpose, direction, and destiny that can inspire our children, and allow our grandchildren to see peace that we have so yearned for.

That is my challenge to you. I hope that your deliberations and your conviction and ownership can bring about tremendous hope for the future of humanity.

A Vision that Gives Life Meaning and Direction

International and Japanese leaders gathered to work across nationality, ethnicity and religion to deliberate on how to secure a peaceful and prosperous Japan and world.

The Global Peace Festival Foundation is inspired by the vision to establish one family under God. It is a vision that I have taken around every continent of the world. It has inspired millions of people regardless of their faith traditions, nationality, ethnic backgrounds, race or political orientation.

When we truly reflect on our own existence we will realize that we are truly one family. And we will find that we are given the gift of life to make a contribution, however large or small, to the progress of humanity and to a world of peace. This is the legacy we leave to our children, our grandchildren, and our great grandchildren.

A Spiritually Rooted Approach to Peace

This vision of one family under God is rooted in a spiritual providence. It recognizes that there have been many efforts to establish peace in the past. 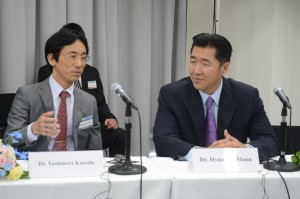 One of the most notable is the United Nations. It was founded after the travesty of World War II. Nations on multiple continents were devastated. The United Nations to help rebuild. It was founded on the noble notion of world peace, to save succeeding generations from having to face the “scourge of war” again.  They chose to deal with the issues of peace from a political, social, economic, and diplomatic framework.

And yet one conflict after another arose, and still the world chose to deal with those same issues from a diplomatic, economic, political, social, and yet still conflicts arose again.

The vision of one family under God recognizes that other dimensions of peace are important.  Yet, it fundamentally recognizes and highlights the spiritual dimension of humanity.

Japan’s Future and the Future of Northeast Asia

As a Korean and as a U.S. citizen, I would like to suggest what that would look like.

The greatest threat to Northeast Asian peace is the situation on the Korean peninsula. My parents are from North Korea. For my family and other Koreans, the war that started 60 years ago never ended. This civil conflict was imposed on the Korean people by larger geopolitical dimensions. Communism and democracy clashed on my peninsula. And the Korean people have suffered greatly for it.

Countless Korean families were displaced and separated. To this day, the 38th parallel that separates the two Koreas divides the Korean people. In modern history, a civil war has never lasted this long.

There is a great American statesman who lead the United States through a time of civil war back into union—Abraham Lincoln. He explained to his fellow countryman that a house divided cannot stand. He spoke of a shared destiny, a common destiny of one, not two Americas.

The story of the Korean people should also be a story not of a house divided, but a house united.

The state of North Korea poses tremendous challenges to the region of Northeast Asia. Yet, imagine if, the Korean people took the lead in the process of reunification to embrace and bring in the people of the North? What if North and South Korea become one united Korea that stands as a leader and advocate for peace and unity in this region?

Japan has an opportunity to heal a painful past. If Japan can step up to help bring together the Korean people, both those who live upon the shore of Japan and those who live on the divided peninsula, the gratitude the Korean people will drown out all the resentment and bitter feeling that was left from a conflict that happened decades ago. This will set the moral foundation upon which Japan can stand to contribute to the peace process in Northeast Asia.

Such conviction and ownership can bring about tremendous blessings to humanity in the future.