Dr. Hyun Jin Moon Calls on Koreans to Own Their Shared Destiny 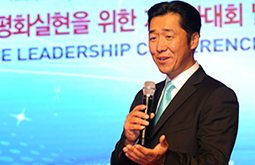 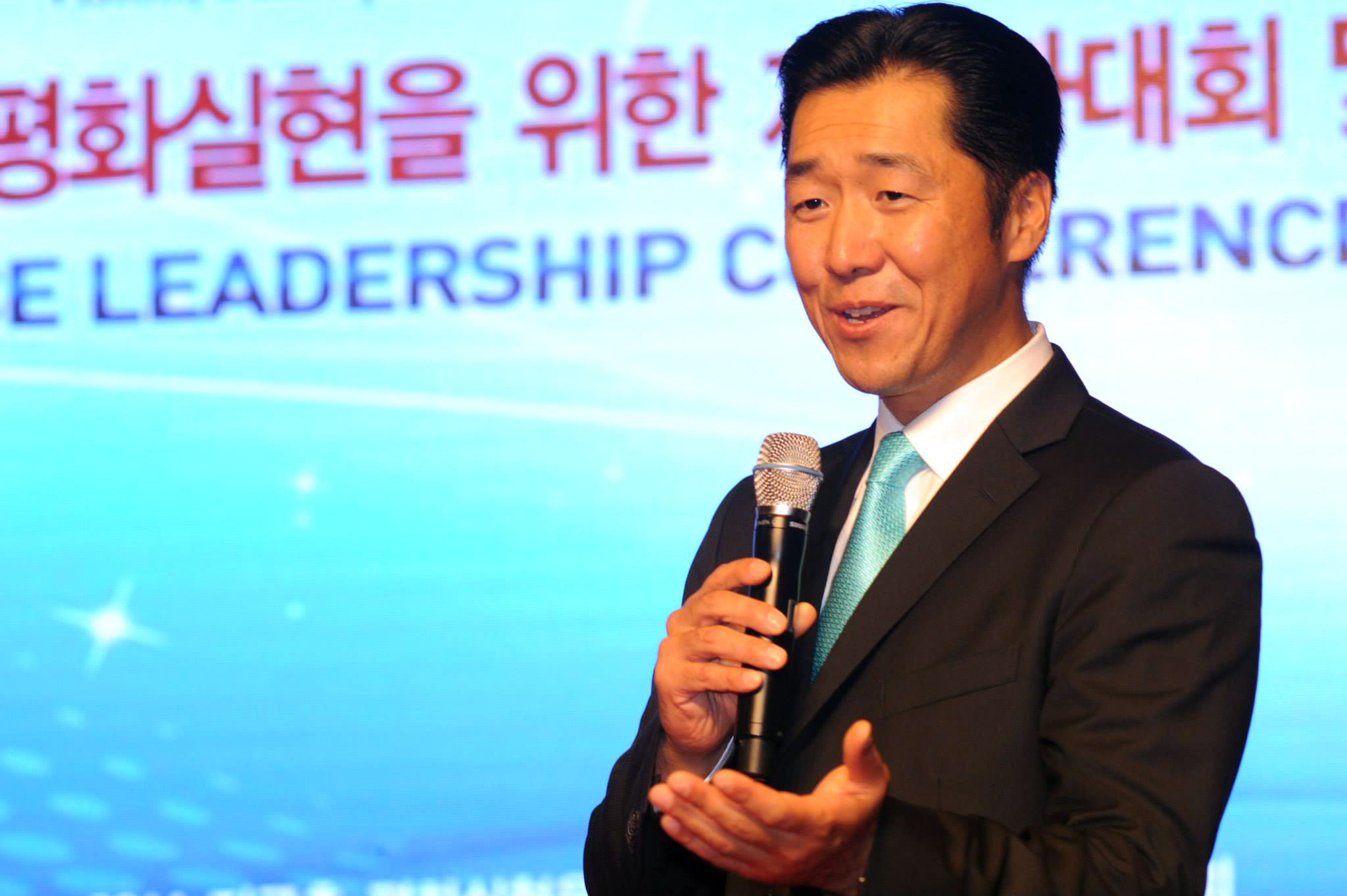 Dr. Hyun Jin Moon, founder of the Global Peace Foundation and author of the recently released book, “Korean Dream: A Vision for a Unified Korea.”

안녕하세요. 특별히 외국분들이 많이 계십니까, I will speak in English. First of all I want to thank all the distinguished guests and leaders in this room that represent a wide swath of the Korean society ranging from political, academia, religious, civic NGOs of society. Please give yourselves a round of applause. As a student of history, I have been interested in the unification issue, ever since I was an undergrad at Columbia University. In the history of modern South Korea I don’t think there has ever been a gathering of this scope this type that gathered leaders – grass-roots, civic and political leaders – in one room to talk about unification, but not the process, the vision and dream in which a new nation unites centering Korea’s cultural and historic heritage. I believe this is truly a historic moment. I would particularly like to thank our illustrious chairman, Lee Ki Taek, for taking a gamble in 2010. He let a young, banana-Korean, a Korean who is not a master of the Korean language, lived abroad in the United States, did much international work, but had a huge dream. I am sure that he still remembers that day when we met in the Chinese restaurant in the Marriott Hotel. We had many, many, many discussions, but at the end of that discussion we came to the conclusion that , yes, although Korea at this time, in 2010, is not interested in the unification issue, since you feel so passionate about it, let us do our first Global Peace Leadership Conference here in Korea. And that is how that conference began. This event could not have happened if Chairman Lee Ki Taek did not place a huge gamble of his illustrious career and reputation on a young Korean who lives in the United States. Let’s give him a round of applause.

I believe in the destiny, in the identity of Korea. I believe that we have a special role to play, and that this is the time tremendous transformation can come on this peninsula, if only the Korean people have a dream that could spark their sense of identity and destiny.

I remember at that time, as I had meetings with many, many, many different leaders in Korea. Especially the elder generation empathized with my concern and passion for the issue of unification. But the younger leaders around my generation, they were advising me –for my sake – no one is interested in Unification. If you want to have a successful conference, do it on issues that Koreans care about, like welfare. Of course some people could get discouraged. But in me, every time I heard someone trying to discourage me from pursuing this issue of the peaceful unification of Korea peninsula, there was a burning desire inside, because I believe. I think this is typical of people of faith, they believe in something greater, that they are instruments of something greater. I believe in the destiny, in the identity of Korea. I believe that we have a special role to play, and that this is the time tremendous transformation can come on this peninsula, if only the Korean people have a dream that could spark their sense of identity and destiny. Looking at all the scholarly work on unification, the focus was only on the process within the context or framework of the Cold War paradigm. To me, maybe it is a little more obvious because I studied and lived in the West. To me it was kind of ironic. The Koreans were debating on a paradigm that was imposed on the Korean people, in the circumstance after Korea’s liberation in 1945. The history of a modern Korea of two Koreas is only a fraction within the span of the 5000 year history of our people, of our history; it is just a drop in the bucket in terms of our identity. I realized in talking about Korean unification – political, academia – were not tapping into that rich wealth of common identity, history and culture that could be the basis of unity for the Korean people North and South and in the diaspora community. Therefore I realized the answer lies in looking to our past –understanding our identity recognizing our destiny – to chart our way forward.

“If one person has a dream it remains a dream, but if a thousand people share that same dream it can become a reality.”

That became the genesis behind this book, the Korean Dream. There are many themes within this book that I think will be important in terms of the discussion of unification. But the most important thing is the rediscovery of the Korean people and the destiny of the unified peninsula. So, I hope all of you can read this book, because you are the leaders on the ground that represent Korean society, the Korean people. If the people of Korea can own this dream, then there can be tremendous transformation on this peninsula. I start my quote with an insightful dream from Genghis Kahn. And that quote goes, “If one person has a dream it remains a dream, but if a thousand people share that same dream it can become a reality.” 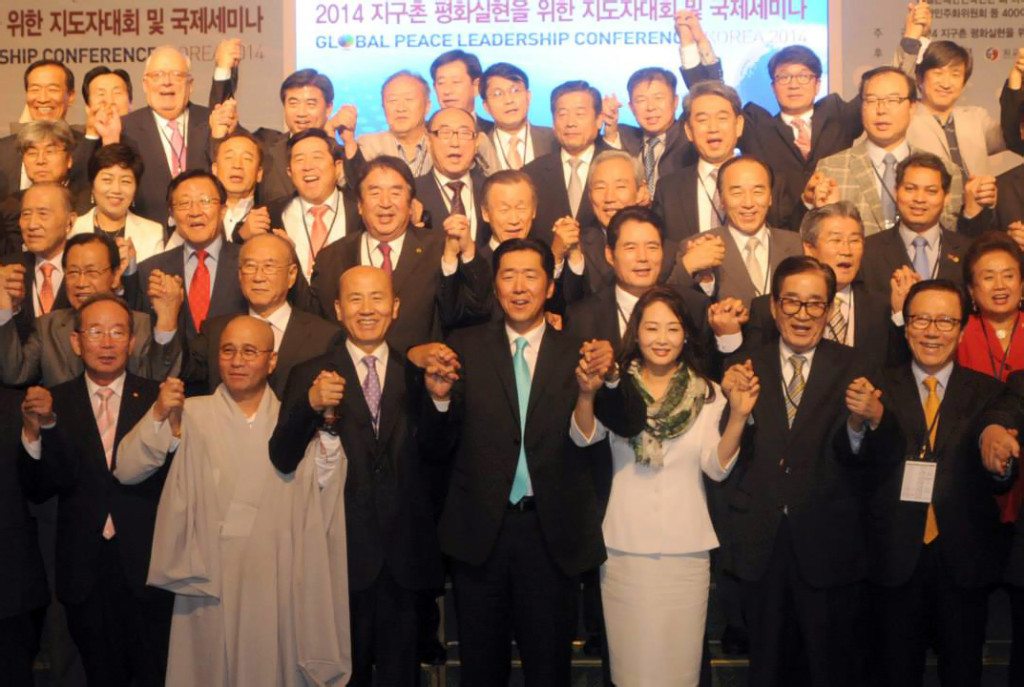 Global leaders from civil-society, politics, media, academia and religion pose at the opening of the Global Peace Leadership Conference 2014 in Seoul, Korea.

Please be the owners of the Korean Dream. Let us be the masters of our own destiny. Bringing peace on this peninsula, bringing peace in Northeast Asia and the world. Thank you very much.