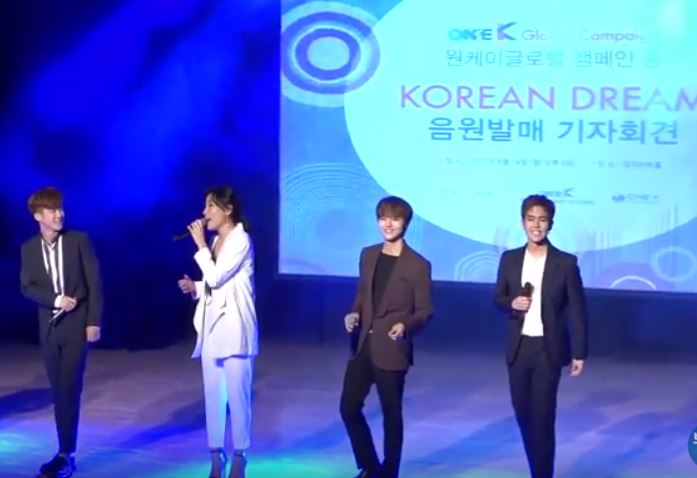 For any real discussion of unification to begin, we, the Korean people, must identify a common platform through which we can all converge, not as a divided people but as Koreans. Dr. Hyun Jin Preston Moon, Korean Dream: A Vision for a Unified Korea

Tensions have spiked recently around North Korea after the hermit kingdom announced that it is developing plans to send missiles to Guam in response to heated public statements from the United States and the ratification of a new sanctions from the United Nations. The missiles will most likely pass over Japanese airspace and Japan has made it clear they will not sit back idly.

The situation on the Korean peninsula always seems to fluctuate from bad to worse. Yet, amidst such news, the One K Media group issued an announcement that brightens the landscape, reminding us that there are pathways to peace that can aid, even transform diplomatic stalemates that involve each of us. 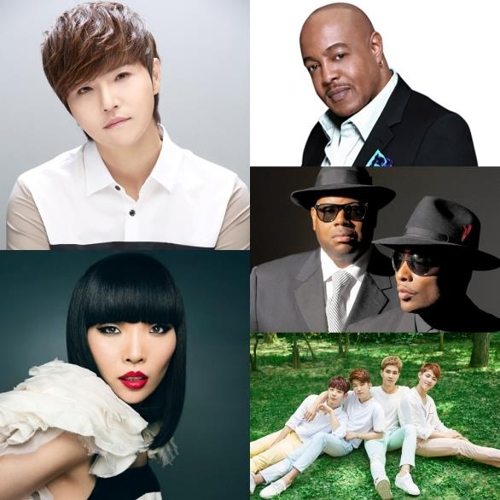 The One K Media held a showcase of “Korean Dream” on August 15, commemorating Korean Independence Day. The song produced by 5-time Grammy Award winning and newly inducted Music Hall of Famers Jimmy Jam and Terry Lewis debuted during the One K Global Peace Concert in Manila at the beginning of the year. It features an international cast of Korean K-pop Stars, Filipina songstresses and Peabo Bryson, best known for his renditions of “Tale as Old as Time” and “A Whole New World” for Disney’s Beauty and the Beast and Aladdin respectively.

The “Korean Dream” lyrics express the still unfulfilled hope for a unified Korea and the potential of such a new nation to shine as an example of peace.  But, as Dr. Moon has poignantly noted in his book, Korean Dream: A Vision for a Unified Korea, in order to see past seemingly insurmountable differences, division and conflict, a conversation is necessary to identify a common platform upon which Koreans in the North and South can rise up and claim their identity as one Korea.

There is some insight that long-time interfaith peace-builders can offer from their experience of working to resolve identity-based conflict. James Patton, president of the International Center for Religion and Diplomacy shared in an interview with the Global Peace Foundation that this most often has taken place in the realm of values. “If I recognize in you something that I value…the connections start to deepen; and it comes away from the doctrinal differences.”

“If I recognize in you something that I value…the connections start to deepen; and it comes away from the doctrinal differences.” James Patton, President of International Center for Religion and Diplomacy

The work of the Global Peace Foundation and Action for Korea United, a coalition of more than 850 civil society organizations in Korea of which Global Peace Foundation is a part of, have spearheaded opportunities for Koreans, both from the North and South, to put into practice the vision of Hongik Ingan, living for the benefit of humanity. It is in these shared experiences of service both to each other and to the world that the Korean people can begin to see beyond all the narratives of division and difference and then to work towards unification.

The “One Korea” song can perhaps serve as a catalyst to awaken the Korean people and all the world that we have the power and responsibility to transform the world into that of which we dream.